If you ever plan to attend Natural Products Expo West, make sure to go on an empty stomach. There are literally hundreds upon hundreds of exhibitors there who want to feed you for free! These distributors, manufacturers and retailers are downright eager to share their newest functional foods, meals-to-go, probiotic beverages, snacks and much, much more. For some, this may sound like a dream come true – lots of (mostly) delicious treats and giveaways with a healthy twist! But, the reality is that you have to carefully pace yourself if you have any hope of getting the most out of Expo West. 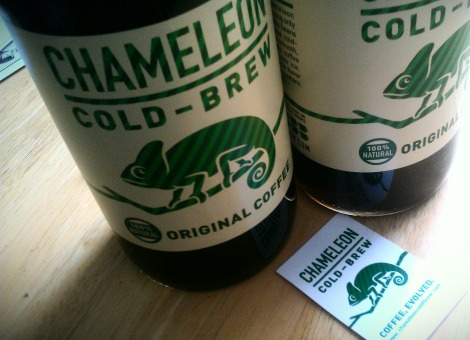 In my two previous blogs, I focused on several of the most innovative dietary supplements we found at the 2015 expo. The next couple of columns will feature new foods and/or ingredients which I suggest you look for at your local health food stores, markets and online. The distinction that all ten of these products share is that they deliver in three important categories: health promotion, realistic label claims and taste.

Until recently, most people had to cook if they wanted a nutrient dense, traditional bone broth. The fact is that the majority of commercially available broths contain very little protein and nutrients besides sodium. These common, inferior products are unlikely to provide the health benefits associated with homemade bone broths, such as hastened recovery from upper respiratory tract infections. A new line of organic chicken and turkey broths from Pacific Foods is an exception to the rule. It features an impressive 9 grams of protein per cup and is screened for potential contaminants, including lead. Additionally, I can attest that all of their chicken and turkey flavors taste great. My one caveat is that some people may require some added salt. If you’re one of those people, I suggest one of my prior Expo West picks called NutraSalt. The bottom line is that this new entry into the organic broth market is a good alternative for those who cannot or prefer not to make homemade bone broths themselves.

One way to get more cold-water fish into your diet is to eat canned anchovies or sardines weekly. Both of these tiny fish are abundant sources of omega-3 fatty acids, calcium, selenium and protein. What’s more, both anchovies and sardines are generally quite low in heavy metals and pollutants such as mercury. The upside of “packed fresh” anchovies is that they’re milder tasting than sardines and much less salty than the anchovy fillets used to flavor pizza and salad dressing. But, perhaps most importantly, each can of Wild Planet’s White Anchovies provides over 2,000 mg of omega-3 fats. This matters because contrary to some media reports, the health benefits of dietary fish and fish oil continue to impress. Most recently, a study appearing in the Journal of Clinical Sleep Medicine revealed that eating fish thrice-weekly improves daytime functioning and sleep quality.

I often recommend a high fiber, low carbohydrate diet to my clients, family and friends. As such, I sometimes hear complaints about missing certain higher carbohydrate foods like cereal. So, I’m pleased to announce a new gluten-free cereal that is a healthier alternative for those who wish to avoid grains and excess carbs. Julian Bakery Paleo Coconut Flakes have a surprisingly straightforward ingredient list: GMO-free coconut meat, coconut water and sago palm starch. Each 30 gram serving contains 7 grams of dietary fiber, 12 grams of fat rich in medium chain triglycerides (MCT) and 480 mg of potassium. Current research indicates that eating high fiber, low carbohydrate breakfasts can “reduce markers of visceral fat and inflammation”.

There are more reasons than ever to drink caffeinated coffee on a daily basis. Three examples from the medical literature report that coffee intake is not only a leading source of dietary antioxidants, but is also inversely associated with age-related frailty, arterial calcium deposits aka coronary atherosclerosis and diabetes. However, there are a few pitfalls that sometimes tag along with regular coffee use: acidity, artificial flavors, and questionable sweeteners. As the name implies, Chameleon Cold-Brew Coffee, isn’t processed like conventional coffee. Cold brewing results in a less acidic, sweeter end product. This works out exceptionally well for those looking for a smoother brew with added sweetness that doesn’t come from sugar.

If you happen to be allergic to eggs or are vegan, baking can be a bit of a challenge. Eggs play an integral part in the chemistry and overall texture of all kinds of baked goods ranging from cookies to pasta to pancakes. NeatEgg is a brand new, egg replacer composed of chia seeds and garbanzo beans. You can’t use it to make an omelette or scrambled eggs, but it can be used in place of eggs for most baking applications. And, while it doesn’t match the nutritional content of eggs, it does provide some fiber and healthy fat which help lower the glycemic impact of common baking ingredients.

Bonus Tip: If you’ve been advised to avoid raw eggs in certain recipes, consider using what many restaurants use when making Béarnaise sauce, Caesar salad dressing or mayonnaise: gently pasteurized eggs sold under the name, Davidson’s Safest Choice Eggs. I’ve tried them on many occasions when making homemade dressings, sauces and smoothies. These antibiotic and hormone-free eggs come from cage free, certified humane farms and taste just like unpasteurized eggs.

Disclaimer: The manufacturers of the products mentioned in today’s column have not compensated or paid me in any manner. I sampled a few of the products while walking the convention floor. In other instances, exhibitors provided me with coupons or small samples to try at home. This is standard for almost all Expo West attendees. In fact, the vast majority of samples I tried did not make appearances in my Expo West coverage. As always, my goal in presenting this information is to shine a light on quality items that I hope will benefit your good health.