You’ve probably heard or read news about how tea may help protect against cancer, diabetes, heart disease and a whole host of health related woes. It’s very possible that you’ve taken that information to heart and adopted a diet that regularly includes tea. That’s an excellent decision, but there is one caveat to this healthful practice: make sure not to drink your tea while it’s very hot.

I know that my last statement may sound odd. You obviously need to bring water to a boil in order to extract the valuable essence from tea leaves. But what I’m referring to is the temperature at which we drink the tea itself. Allowing your daily cup to get to a warm state appears to be much healthier than drinking it when it’s piping hot. 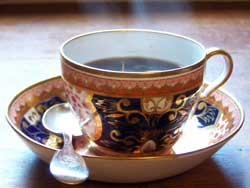 The esophagus is the 10 inch tube that runs from the throat down to the stomach. New research published in the March issue of the British Medical Journal warns of a possible connection between the consumption of very hot tea and cancer of the esophagus.

The difference between what’s considered “very hot” and “warm” is defined as follows in this study: 158 degrees Fahrenheit and above was considered very hot and 147 degrees and below was classified as warm.

In this experiment, a group of 871 men and women from the Golestan province in Iran were enrolled. This particular region was selected because of its unusually high esophageal cancer rate in the absence of significant alcohol and/or cigarette consumption.

300 of the participants had been diagnosed with “esophageal squamous cell carcinoma”. The remaining 571 volunteers were healthy. Almost all of the participants drank large amounts of black tea on a daily basis. But there were differences in how they drank their daily tea:

The researchers found a dramatic 8 times higher rate of esophageal cancer in those drinking the very hot tea. Hot tea was also associated with double the risk (as compared to those drinking warm tea).

In practical terms they also found that those who drank tea less than 2 minutes after being poured were at a much greater risk. Waiting at least 2 minutes reduced the risk somewhat. Drinking the tea 4 or more minutes after pouring lowered the risk to an even greater extent.

It’s important to note that tea consumption in this part of Iran averages about 1 liter per day. This is more than most of us consume, but I think we should still bear in mind the conclusions stated by the study’s authors, “Drinking hot tea, a habit common in the Golestan province, was strongly associated with a higher risk of esophageal cancer.” 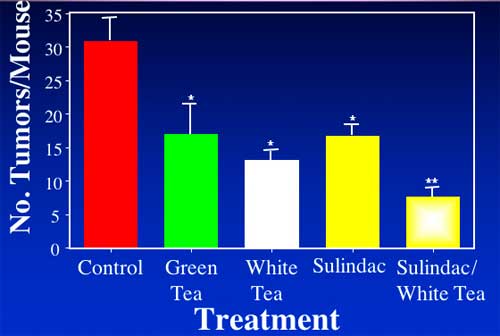 Many of us may think of an Iranian province as being very distant from our own way of life. But this research is supported by previous trials that span the globe. For instance, a Chinese study that will be published in April 2009 similarly found that, “drinking tea at high temperatures significantly increased esophageal cancer risk”.

The same is true of another large tea drinking population – England. Consuming very hot tea was found to be a risk factor in British women.

In South America, a different herbal tea called Yerba Mate is very popular. Once again research indicates a larger cancer risk for those who prefer to drink their tea in an extremely hot state. (1,2)

While there now appears to be a connection between high temperature tea and esophageal cancer, there is also evidence that suggests that components within tea help in the battle against cancer. In fact, recent research has found that a green tea extract (Poly E) may actually combat esophageal inflammation and cancer. So what we have here is a substance that may very well harm or heal based upon how it’s consumed.

I’ve never enjoyed eating my food straight out of the oven or drinking my coffee or tea while it’s burning hot. For me it’s just a matter of preference. But I know that some people do enjoy that. However, the evidence presented today should be a wake up call. The temperature at which we eat and drink may have implications far beyond personal preference. If the hot tea results extend to dietary items like soup and even solid foods, then we should take heed of these warnings and exercise proper caution.