If you put any given food under the microscope, you’ll typically find some good elements and some not so great things. The proportions of each vary, but a mixture of both is to be expected. Coffee presents a fitting example of this gastronomic truism. On the one hand, some health authorities point to the supposed dark side of java. They note that coffee may contribute to and/or instigate cardiovascular complications, gastrointestinal symptoms, poor bone density and sleep disorders. On the flip side, coffee’s proponents proclaim that it’s one the leading sources of antioxidants in the modern diet. This inconvenient reality may explain why coffee drinking populations tend to demonstrate a lower risk for a number of diseases, including dementia and select cancers. 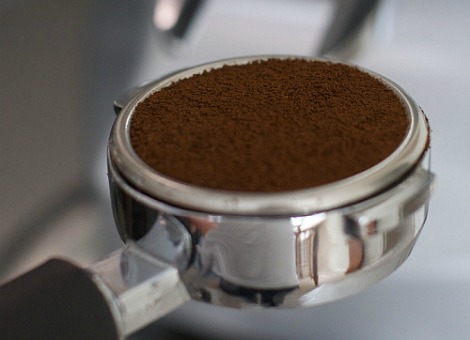 In the past, the most common relationship between coffee intake and liver health had to do with the beverage’s role in hangover recovery. That was then, this is now. In recent years, even the most conservative, peer-reviewed medical journals have concluded that coffee confers a number of benefits pertaining to chronic liver diseases. The November-December 2014 issue of the Journal of Clinical Gastroenterology reports that coffee: “has been inversely associated with activity of liver enzymes in subjects at risk, including heavy drinkers”; “favors an improvement in hepatic steatosis and fibrosis, and a reduction in cirrhosis and the risk of hepatocellular carcinoma”; “promotes antioxidant capacity through an increase in glutathione as well as modulation of the gene and protein expression of several inflammatory mediators” and much, much more.

The research summarized in the previously mentioned review has been strengthened by subsequent publications in the medical literature. Additionally, there’s emerging evidence that coffee could play a vital role in protecting against NAFLD aka nonalcoholic fatty liver disease. NAFLD affects roughly half of those diagnosed with adult onset diabetes and nearly as many type 1 diabetics. As its name implies, NAFLD is characterized by a build up of fat in the liver. As the disease progresses, it causes inflammation and scarring which, if not properly addressed, can lead to cirrhosis of the liver. Thankfully, three trials published in 2014 and 2015 offer hope to all those who are at risk for diabetes and related conditions. The first study revealed that coffee consumers had reduced fasting and post meal blood glucose, HbA1c (a long term measure of blood glucose) and increased adiponectin – an anti-inflammatory protein that tends to be higher in non-diabetics. The second specifically found an association between coffee drinking and lower levels of fetuin-A and y-glutamyltransferase, key markers of liver function and health. The final experiment examined the impact of coffee on liver related changes caused by fructose overfeeding. Three different types of coffee were put to the test in a small group of healthy volunteers – caffeinated coffee, caffeinated coffee high in chlorogenic acid and decaffeinated coffee. Each of the three coffees attenuated fructose induced, hepatic insulin resistance. This suggests that drinking coffee in the context of a less-than-optimal diet may safeguard against liver dysfunction.

All told, this new batch of research further clarifies and supports the role of coffee in shielding against diabetes and liver disease. This is something about which we should all be mindful.

Study 7 – Coffee, Alcohol and Other Beverages in Relation to Cirrhosis Mortality … (link)

Coffee May Reduce Liver Dysfunction in a Dose Dependent Manner 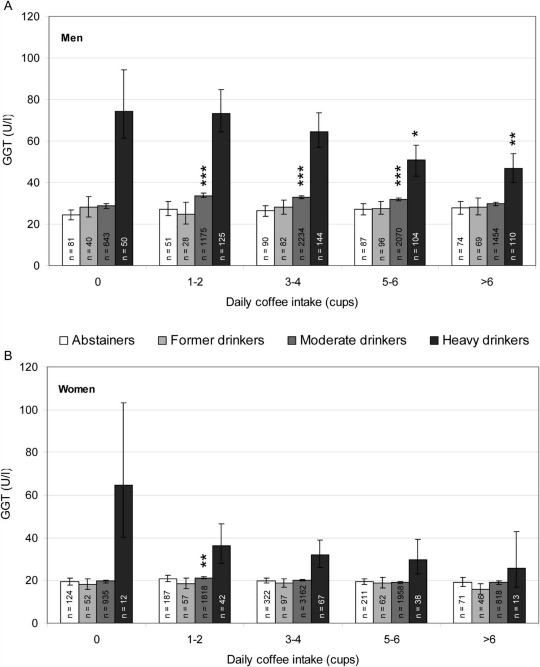