Alzheimer’s disease (AD). Those two words often provoke a fearful and visceral reaction in many people. I think part of the reason is that when AD strikes there’s really nothing much that can be done to strike back. Today’s blog reports on a new “medical food” that may help those diagnosed with AD to regain some control over their destiny.

Nutrition for the Brain

A few years ago, a product was developed in collaboration with Dr. Richard Wurtman of M.I.T.’s Department of Brain and Cognitive Sciences. The formulation of this nutritional cocktail was intended to provide support for those suffering the beginning stages of AD. It was given the name: Souvenaid. Souvenaid is a milk-based beverage that contains therapeutic levels of nutrients such as antioxidants, B vitamins, choline, fish oil, phospholipids (like those found in lecithin) and uridine-5-monophosphate (a building block of RNA and DNA commonly found in mother’s milk and molasses).

This past week a presentation was given at the 24th Conference of Alzheimer’s Disease International that examined the results of a new trial involving Souvenaid in early AD patients. Here’s how the study was designed:

The results of the study were promising, though not miraculous. The specific findings were as follows: 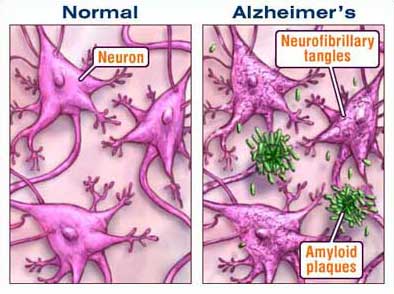 One of the lead researchers involved in the study, Dr. Patrick Kamphuis, explained that, “The medical food contains uridine-5′-monophosphate, omega-3 fatty acids, choline/phospholipids, B vitamins, and antioxidants, and has been designed to improve the formation of synapses”. Dr. Kamphuis went on to say that, “Several preclinical studies have demonstrated that specific combinations of these agents may stimulate synapse formation.” Without adequate synapse activity, cells in the brain cannot properly communicate with each other. This can obviously interfere with normal brain functioning and the ability to recall information.

The results of this current trial confirm prior research that was presented at the 2008 Alzheimer’s Association International Conference on Alzheimer’s Disease. The 2008 study (PDF) demonstrated similar benefits for those using Souvenaid with regard to their “delayed verbal memory task” abilities. This indicates an improvement in cognition, which was not (again) present in the placebo portion of volunteers.

Souvenaid is currently considered to be an experimental supplement. It hasn’t yet made it to the commercial market. The reason I decided to feature it is because foods and supplements with the similar ingredients are available right now. It may not be necessary to use this particular product in order to derive the benefits noted in today’s referenced research.

In closing, I’d like to direct you to several links from prior blogs where I’ve described other approaches that may help promote optimal brain performance. Ideally, we shouldn’t put all our hope in one single approach, but it’s best to address any condition from a more holistic perspective. In the case of AD or other forms of memory related conditions, an antioxidant and nutrient rich diet, exercising the body and mind, managing stress and incorporating mind-body techniques are all tools that should not be overlooked.