Chronic gastrointestinal symptoms can be caused or worsened by a long list of suspects. Common culprits include food allergies or sensitivities, H. pylori infection, intestinal permeability, microbiome (gut bacteria) imbalance and ulcers. Furthermore, in some instances, the exact cause or contributing factors is not easily identifiable. When this occurs, medications are frequently prescribed based on the specific symptoms that present themselves. Two popular examples include proton pump inhibitors (PPIs) to minimize gastric acid and tricyclic antidepressants to reduce abdominal pain. Physicians who veer towards the integrative side of medicine may also suggest certain dietary changes such avoiding dairy, FODMAPs, grains and/or heavily refined foods. Some doctors will even go so far as to encourage an “elimination diet” to methodically rule out any likely food-based troublemaker. 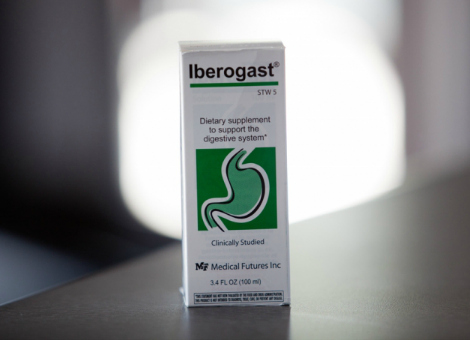 In addition to dietary influences, the presence of psychological disorders and stress should also be carefully evaluated. At a bare minimum, modern medicine has established that psychological factors can contribute to functional dyspepsia (FD). In fact, recent studies report that implementing stress management techniques, including cognitive behavioral approaches and psychotherapy, improves FD treatment outcomes. And, the connection between the body and mind doesn’t stop there. One fascinating trial found that daily consumption of a fermented, probiotic milk improved both gastrointestinal and psychological symptoms in a group of patients diagnosed with functional GI disorders. Another experiment, appearing in the journal Arquivos de Gastroenterologia, discovered that 4 weeks of acupuncture therapy effectively reduced anxiety, depression and gastrointestinal symptoms in functional dyspepsia patients. Based on these findings, it seems there is a powerful, brain-gut connection in many cases of FD.

When required, functional foods and herbal remedies are worthy of consideration as adjuncts to dietary, mind-body and standard medical care. Current studies haven identified several ingredients which may be particularly beneficial. A two-week trial, published in April 2015, noted that a combination of artichoke and ginger extract assisted those with FD by decreasing feelings of bloating, epigastric fullness, nausea and pain. In other research, thrice-daily administration of anise powder (3 grams after each meal) consistently lessened FD severity over the course of 12 weeks. More evidence is relayed in a scientific review from 2013, which describes the efficacy and safety of Iberogast, a liquid herbal formula which has been shown to relieve FD and IBS or irritable bowel syndrome symptoms. Functional foods containing healthy fats and probiotics are, likewise, promising. This assertion was borne out in an experiment which featured the use of a supplemental food containing extra virgin olive oil and select probiotics – Lactobacillus reuterii, Lactobacillus rhamnosus GG and Saccharomyces boulardii. Study participants who were blindly given this probiotic-enriched oil demonstrated a “significant improvement in dyspeptic symptoms”.

These compelling studies offer additional resources for patients and physicians who are interested in addressing suspected causes and symptoms without necessarily resorting to conventional medications.

Study 6 – Acupuncture Effectiveness as a Complementary Therapy in Functional … (link)

Study 8 – Pimpinella Anisum in the Treatment of Functional Dyspepsia: A Double- … (link) 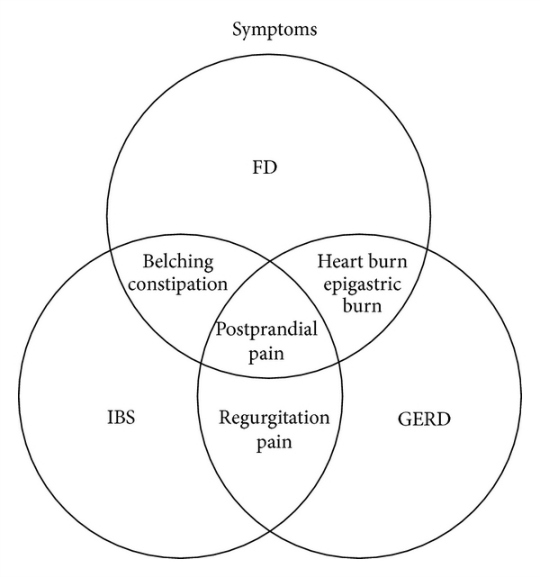