I’ve been a long standing admirer of rosemary. Rosmarinus officinalis, an admittedly cool sounding name, is a hardy plant. It thrives in all but the most extreme climates and doesn’t require a lot babysitting. An occasional hosing down or rain shower usually does the trick. That’s why it grows so well in the wild. The scent is pleasant too, but not in an overly floral or cloyingly sweet way. This is more of a rustic, savory member of the herbal community. It’s no accident that it pairs so well with the boldest chicken and meat recipes. But, since this isn’t a culinary or gardening site, I guess I should probably mention that, in addition to all of this, the essential oil of rosemary possesses a multitude of medicinal properties as well! 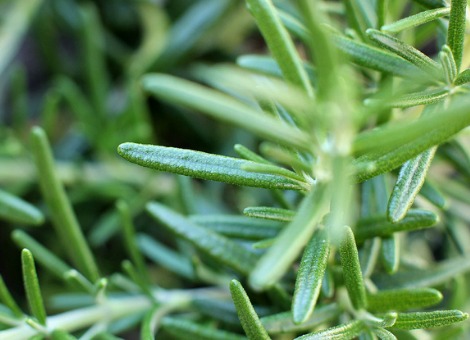 For many years now, rosemary oil has been valued for its antioxidant and antimicrobial properties. If you look at the wrappers of many packaged foods and supplements, you’ll likely see rosemary extract listed at the end of the ingredient list. The reason is that it’s a natural preservative. In fact, it’s so powerful that only a very small amount is needed and so is undetectable to our taste buds when used in this application. As or more importantly, clinical research has established that the fragrant oil of rosemary imparts certain healthful effects such as enhancing circulation and reducing inflammation when applied topically.

In modern times, human use of rosemary oil has been primarily in the form of an aromatherapeutic agent. In essence, the inhalation of natural rosemary aroma can be used as a sort of natural medicine. Several studies appearing in peer-reviewed, medical journals attest to rosemary oil’s ability to: a) affect alpha and beta brain ways in such a manner as to promote alertness and positive emotional states; b) support improved cognition in patients with Alzheimer’s disease; c) reduce test-taking anxiety in graduate students; d) bolster antioxidant protection via increased free radical scavenging activity, while lowering cortisol, a stress hormone. Also of interest is a trial that was published earlier this year in the journal Skinmed. In it, rosemary oil was compared to minoxidil, a popular hair growth medication, in a group of 100 patients with androgenic alopecia (aka male pattern baldness) over a six month period. As it turns out, rosemary oil was found as effective as minoxidil, but was less likely to cause scalp itching. So, you can expect to see new hair growth formulas featuring this aromatic alternative in the foreseeable future. And, as you can see (and smell), that’s probably a very good thing! 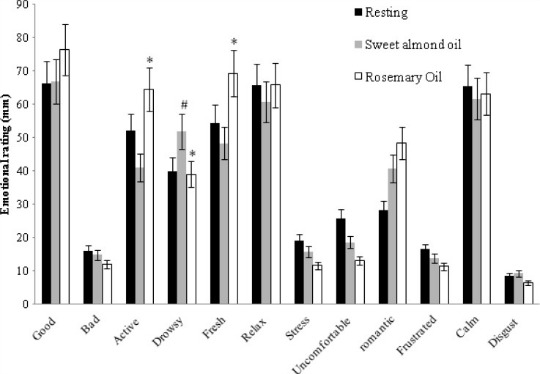