Prescription 2015: An Organic Apple a Day

These days, I don’t how many kids are familiar with old adage, “An apple a day keeps the doctor away”. At some point in my own life, I heard it or read it and from that point forward, it was mysteriously ingrained in my psyche. That started me wondering about where it all started. Who said it first and why? According to Caroline Taggart, the author of the 2009 book entitled, “An Apple a Day: Old-Fashioned Proverbs and Why They Still Work”, the phrase originated in Pembrokeshire, Wales in the 1860’s. During that era, the phrasing was a bit different: “Eat an apple on going to bed, and you’ll keep the doctor from earning his bread”. Many years later, I vividly recall attending a presentation by Dr. Julian Whitaker, the famed integrative doctor, in which he proclaimed an apple a day as one of his personal healing traditions. And now, once again, modern science is coming around to offer support for an old fashioned notion. 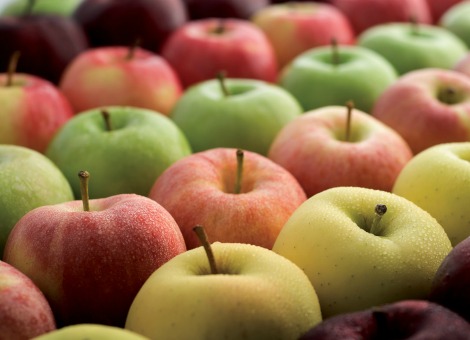 Some of what is known about apples isn’t exactly breaking news. For quite a long while, scientists have been aware that apples are a good source of health promoting properties, including potassium, soluble fiber (pectin) and Vitamin C. In more recent times, researchers have identified a multitude of antioxidants and phytochemicals in apples that likely contribute to this fruit’s positive reputation. Also, there is currently a greater understanding about the value of apple skin as a significant contributor to disease protection.

The latest batch of studies reveal some intriguing findings about how apples promote wellness. A review in the May 2015 issue of the journal Nutrients explains that the fiber and polyphenols in apples alter gut bacteria in a desirable manner. The authors go so far as to hypothesize that this may be a primary reason why apples have been linked to cardiovascular protection. However, other trials report that the cardiovascular benefits of apple intake may have more to do with improved vascular function due to increased nitric oxide production and meaningful reductions in LDL aka “bad” cholesterol. Another promising area of study has drawn an inverse association between one or more apples daily and colorectal cancer. In one investigation, the level of protection vis-a-vis apples and the incidence of colorectal cancer was a whopping 63%. Of note, in that study, apples were the only fruit that imparted significant risk reduction.

More support for eating a daily apple comes courtesy of the the May 2015 edition of Nutriton Journal. In it, a trial examined the effects of apple consumption on diet quality and obesity in children. The researchers determined that kids who ate whole apples regularly ranked higher on the healthy eating index (HEI) and were 30% less likely to be overweight in comparison to non-apple eaters. The far reaching implications of greater nutrient density cannot be overstated. For instance, a 2014 study discovered that women who ate the most apples reported better sexual function and satisfaction. It’s not known exactly why, but enhanced nutrition and/or phytochemicals in apples may be responsible. Whatever the mechanism, if this finding is replicated in other studies it would surely benefit the lives of many women and their partners.

As healthful as apples can be, there are a few considerations to keep in mind. Conventionally grown apples are heavily treated with pesticides. As I mentioned earlier, many of the beneficial components of apples are found in the skin. Unfortunately, that’s also where you’ll find a high concentration of pesticide residue. Opting for organic apples allows you to lower your exposure to toxic chemicals while still eating the skin. Additionally, I think the healthiest way to enjoy apples is at the end of a meal or as part of snack that includes healthy fat and protein. I love apples for dessert or sometimes have a Fuji or Gala apple with a handful of almonds or walnuts and a cup of green tea as a snack. It’s delicious and helps to ensure a milder glycemic response. What could be better? 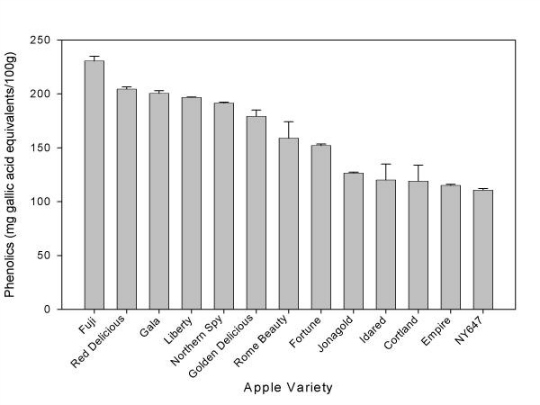