One of the fastest growing food categories is cow milk alternatives. By now, many consumers are aware of both animal and plant-based beverages that are targeted to those who need or wish to avoid conventional milk. On the animal side of the aisle, you can now easily find goat and sheep’s milk in health food stores and specialty markets. Plant-based “milks” aren’t actually milk at all. But, these fortified drinks made from almonds, coconuts, cashews, hemp and soy can and do substitute quite well for milk under some circumstances. The bottom line is that milk has become a major component in the modern diet, and that has spurred a rapidly evolving revolution in dairy and dairy substitutes. 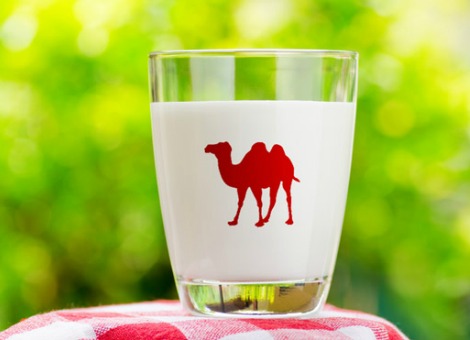 The latest entry into the US dairy market is camel’s milk (CM). It has a very long history of use in Africa, Asia and the Middle East, and is now positioning itself as a medicinal food for diseases ranging from autism to diabetes. But, unlike some other traditional remedies, researchers from around the world are scientifically investigating the potential of CM.

At this year’s Natural Products Expo West, I had the opportunity to sample fresh camel’s milk produced by Desert Farms. The taste was rather unremarkable. According to my taste buds, it was pretty mild and much like cow’s milk. But, there are some meaningful, nutritional differences such as a higher level of vitamin B1 and a lower concentration of saturated fat. Also, the camels that provide this particular brand of milk are 100% grass fed, pasture raised and aren’t given any growth hormones. These are admirable practices. Still, it’s a stretch to say that camel’s milk is vastly superior to cow’s milk from a nutritional standpoint. It should also be noted that CM is much more expensive than cow’s milk – even when comparing it to grass fed, organic cow’s milk.

Thus far, several trials have demonstrated the potential of CM for patients with type 1 & 2 diabetes. The latest study involved the daily use of 500 ml of either camel’s or cow’s milk in a group of twenty type-2 diabetics. After two months of use, CM intake increased insulin concentrations from 64.59 pmol/L to 84.03 pmol/L – a statistically relevant change. Having said that, raising insulin production alone isn’t necessarily a welcome development. Higher insulin can be indicative of insulin resistance. What’s more, the participants receiving camel’s milk didn’t show a decline in blood pressure, fasting blood sugar or lipid profile. Interestingly, previous investigations reported distinctly positive changes, such as decreased long- and short-term blood sugar and insulin output. Additional trials have found benefits in type-1 diabetics as well. There’s even some preliminary research indicating that diabetic complications, including diabetic nephropathy, improve after chronic ingestion of CM.

Presently, it’s not possible to determine why the most recent study in type-2 diabetics revealed less promising results than previous trials. What has been noted over the past decade is that camel’s milk protein “has many characteristics similar to insulin” and there is actual insulin contained in the milk itself. These factors could partially explain the anti-diabetic activity of CM. Another possibility is that CM may minimize autoimmune and inflammatory activity that is associated with diabetes and various other diseases. This finding was recently documented when Saudi Arabian researchers uncovered improvements in autistic children who were fed 500 ml/day of CM. Other research corroborates a likely anti-inflammatory, immunomodulating effect of CM in patients with hepatitis B. Even so, at the moment, this is simply an intriguing, working hypothesis that requires much more substantiation.

Thanks to many positive anecdotes and the research detailed above, some health advocates and nutritionists are now recommending CM as an alternative to cow’s milk. There is some evidence showing that CM is well tolerated by many children with cow milk allergy and lactose intolerance. One study went so far as to conclude that CM may promote recovery from food allergies. Again, while the data is encouraging, such conclusions should be interpreted with caution. Most of these experiments involved relatively small numbers of participants. Therefore, I advise anyone with a cow milk allergy to experiment with CM carefully and conservatively. Start slowly and pay close attention to your personal reactions. Ultimately, your body will dictate whether camel’s milk truly is healthy for you as an individual. 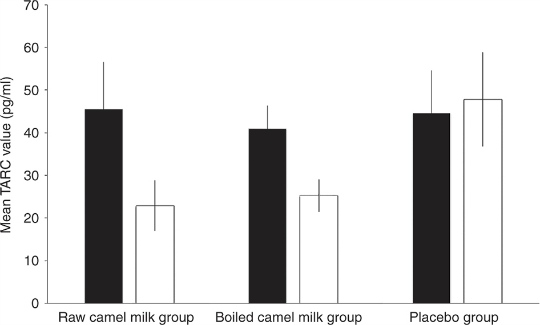