Parkinson’s disease (PD) is in the news on a weekly basis. According to the National Parkinson’s Foundation, there are approximately 50,000 to 60,00 new cases of PD diagnosed each year in the US alone. And, currently, it is estimated that up to 6,000,000 adults are living with PD worldwide. Thankfully, a significant amount of research is being directed at finding a cause and successful treatment for Parkinson’s. Still, it’s widely acknowledged that there’s a long way to go before a cure can be claimed. 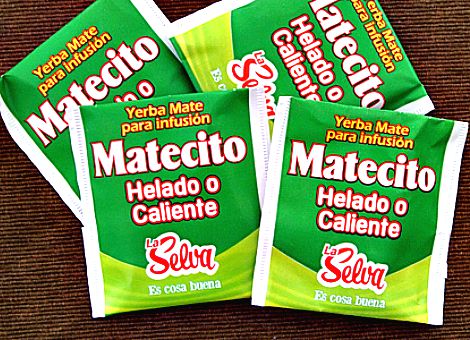 In a recent interview, Dr. David Vallaincourt of the University of Florida admitted that, “The Parkinson’s drugs available today help reduce symptoms. They don’t slow the progression of the disease, which is the major unmet medical need.” Dr. Vallaincourt is part of a team of scientists looking for new biomarkers that will aid in the diagnosis and progression analysis of PD. However, these is reason for hope. Numerous studies now reveal that PD management can be enhanced by combining conventional treatment with alternative and complementary therapies.

Option #1: Integrative Acupuncture – The September 2014 issue of BMC Complementary and Alternative Medicine reports that acupuncture stimulates areas of the brain (precentral gyrus and prefrontal cortex) affected by PD. Two other recent studies have found that integrating acupuncture with allopathic medicine reduces, “symptoms and signs of mind, behavior, mood, complications of therapy and depression in PD patients who received Western medicine.”

Option #2: Natural Caffeine and Gut Bacteria – A protective association between coffee intake and PD has long been postulated. Now, a current trial has, likewise, found that yerba mate, a caffeinated herbal tea popular in South America, may decrease PD risk as well. This isn’t the only new development in the field of caffeine and PD research. An emerging hypothesis is that coffee and yerba mate may influence PD risk by beneficially altering gut bacteria in such a way so as to lower intestinal inflammation. Such inflammation may lead to changes in proteins that are linked to the type of neurodegeneration seen in PD.

Option #3: Dietary Fiber, Medication and Regularity – Psyllium husk fiber is sometimes recommended for PD patients who suffer from disease-related constipation. But, there are two other reasons why increasing dietary fiber may be of value. Firstly, fiber acts as a prebiotic – supporting the growth of good gut bacteria, the potential value of which is mentioned above. Secondly, using psyllium fiber along with levodopa, a common PD medication, may provide “more stable concentrations and final higher levels” of the drug that can result “in a great benefit for patients”. Having said that, any combining of supplemental fiber and levodopa should be carefully supervised by a medical professional.

Option #4: Move Your Body – In a previous column, I presented a great deal of evidence showing that structured dance practice can be enormously helpful for those with PD. This line of study continues to show promise. I’ll list some of the latest studies on this topic in the “Comments & Updates” section at the bottom of the page. But, beyond that, I want to point out that more conventional forms of exercise, such as resistance or strength training, also aid cognitive functioning, mobility and slow disease progression. Furthermore, the effects of exercise can be bolstered by being physically active outside – in the sunshine. This may, in part, have to do with the noted connection between sun exposure and higher concentrations of Vitamin D.

Option #5: Move Your Mind-Body – Parkinson’s disease is characterized by distinct changes in the brain. Namely, the brains of those with PD progressively stop producing dopamine, a neurotransmitter that regulates emotions and physical movement. But, the brain can also be used to counteract some of the effects of PD. For instance, a current trial discovered that an 8 week course of mindfulness training positively changed several neurobehavioral measures of PD. Other mind-body techniques including Tai Chi and yoga have demonstrated improvements in mood, postural stability, pulmonary function and tremor reduction.

In part two of this column, I’ll cover the most current data defining a link between diet, nutritional supplements and Parkinson’s disease. In the meantime, if you know anyone who has PD, please share the hopefulness in today’s blog with them. The groundbreaking research above only helps if it’s known by patients and physicians alike. So, help me spread the word!

The Effects of Acupuncture on Healthy and PD Brains 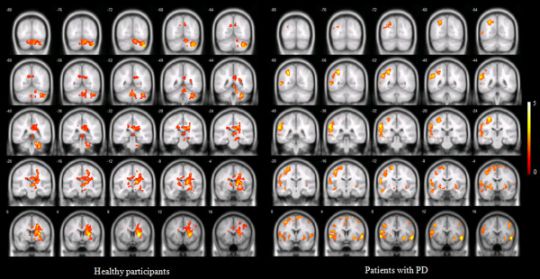