In part one of this column, I mentioned that Parkinson’s disease (PD) is in the news on a weekly basis. Since writing that first piece, several articles about PD have appeared in various publications. Time magazine reports that diabetes drugs “may offer hope for Parkinson’s disease treatment”. EurekAlert, an influential science news resource, describes mounting evidence supporting the use of low-dose lithium to reduce involuntary muscle movements – a common side-effect of carbi- and levo-dopa treatment. There’s even a story about how some PD patients are literally fighting back against the disease by taking part in non-contact boxing. 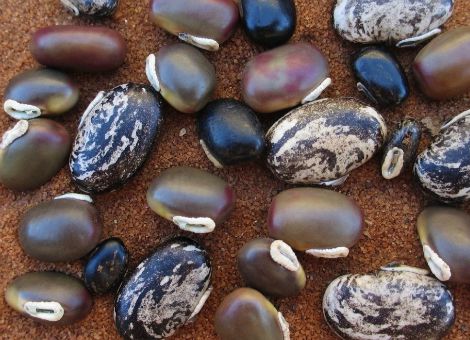 There is no question that Parkinson’s disease is now a major area of interest both in our modern culture and in the field of scientific research. The majority of the research on PD is taking place in conventional medical circles. Medical devices, medications and surgical procedures top the list of avenues that allopathic researchers are investigating. On the holistic side of the equation, diet, mind-body therapies and supplements are most often explored.

The importance of diet in relation to PD is often overlooked by conventional physicians. If anything, the most prevalent recommendation is to avoid high protein diets which can negatively influence the efficacy of levodopa. It’s unfortunate, but quite possible, that many doctors are unaware of numerous studies suggesting that food choices can influence the course of Parkinson’s disease.

From my perspective, a healthy diet for PD patients should emphasize naturally occurring antioxidants and nutrient-density. There appears to be a connection between blood sugar irregularities, including metabolic syndrome and type 2 diabetes and PD risk. Therefore, a diet rich in fiber, healthy fat and moderate amounts of high quality protein is advisable. Opting for low-glycemic fruits and vegetables containing flavonoids, such as berries and peppers, seems to confer a protective effect as well.

A recent trial reports that higher intakes of dietary cholesterol and monounsaturated fat is linked to a statistically lower incidence of PD. If you do drink alcohol, beer or red wine are the best choices. However, moderation is key – no more than two alcoholic drinks daily. Lastly, preliminary research indicates that a ketogenic diet, very high in fat, low in carbohydrates with modest amounts of protein, may improve brain function and PD symptoms. This finding may be due to increased antioxidant (glutathione) activity in the brain that minimizes neurotoxicity.

Several supplements show promise in limiting PD progression and symptomatology. Topping the list is CoQ10. To be clear, the data on this fat-soluble antioxidant is mixed. But, the information currently available suggests that taking it in one of two ways may yield the best results: 1) 100 mg of CoQ along with 5 grams of creatine monohydrate, thrice-daily; 2) 300 mg/day of ubiquinol-10, an oxidized or “reduced” form of CoQ10. Creatine monohydrate is a supplemental form of a chemical naturally found in fish, meat and in our muscles. When taken in large quantities, creatine can promote cellular energy. There is some evidence that it works synergistically with CoQ10.

Mucuna pruriens aka velvet bean is a natural source of L-dopa. A few studies show that it effectively manages PD more safely than the standard of care (L-dopa/carbidopa). M. pruriens may also benefit PD patients because of its antioxidant content and metal chelating properties. Some research points to excess heavy metals, including iron, as a contributing factor in PD development and progression. While promising, it’s important to note that M. pruriens is best utilized under the supervision of a health care professional familiar with this bean extract and L-dopa therapy in general. Part of the reason is that some M. pruriens supplements may contain degraded L-dopa which could result in unreliable outcomes.

Two additional supplements worth considering are fenugreek and Vitamin D3. A substantial amount of data links low Vitamin D, measured as 25(OH)D, and Parkinson’s disease. PD patients frequently present inadequate 25(OH)D concentrations of <50 nmol/l. Such deficiencies have been found to more than double the risk of PD. The good news is that supplementing with Vitamin D3 may stabilize PD, even after it’s been diagnosed. Fenugreek, a culinary herb used in traditional Indian (Ayurvedic) medicine, is also showing potential as an adjunct to conventional PD care. A study appearing in the February 2014 issue of Phytotherapy Research reveals that taking 300 mg of fenugreek twice-daily improves the efficacy of L-dopa without any added safety concerns. What’s more, a 2013 study discovered that fenugreek “showed reversal of motor symptoms in an animal model of PD probably through neuroprotective properties”.

There is a great deal of on-going research on natural remedies that I didn’t discuss today. The truth is, much of the up-and-coming data is the form of animal and/or in-vitro studies. Many of the findings are encouraging to be sure. However, it remains to be seen if similar results will eventually be found in a real world setting i.e. in humans. I’ll keep an eye out for such developments. If and when I find something intriguing, I’ll certainly report it in the “Comments & Updates” section at the bottom of this page.

Study 9 – Dietary Cholesterol, Fats and Risk of Parkinson’s Disease in the … (link)

Study 10 – Flavonoid-Based Therapies in the Early Management of … (link)

Study 29 – Levodopa in Mucuna Pruriens and its Degradation … (link) 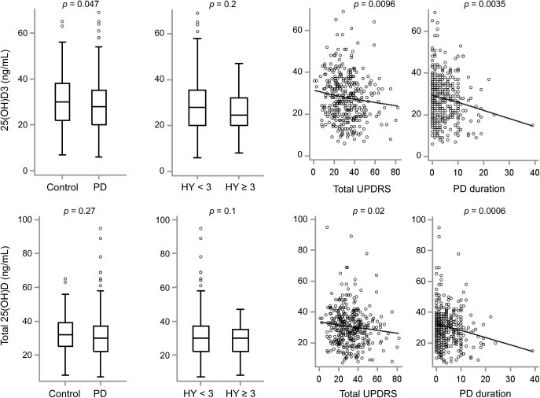