A popular story has been floating around the mainstream media about a so-called “polypill”. It’s supposed to be the next “big thing” in treating heart disease. The pill in question combines several heart medications (aspirin, blood pressure medication and cholesterol lowering medication) in one easy to swallow tablet. This combo product isn’t on the market yet, but it will likely be available in the coming years. What you may not have heard on the nightly news is that there’s been some other promising developments in the world of cardiovascular disease management. The reason you probably haven’t seen these reports is because the “medicine” involved is actually a natural supplement that’s been on the market for many years. 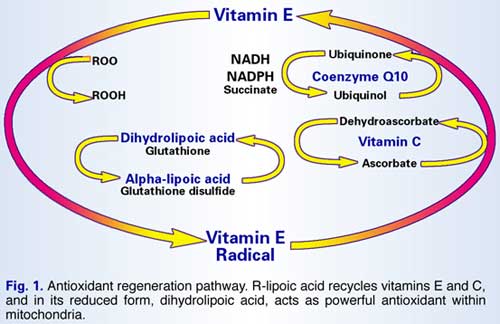 The Universal Antioxidant as a “Polypill”

Alpha lipoic acid is a vitamin-like antioxidant that is produced by the body and found in certain foods. One of its primary roles is converting glucose into energy. But this unique antioxidant is involved in many secondary functions as well. Most antioxidants either work in water (vitamin C, grape seed extract, green tea) or fatty tissues (carotenoids, CoQ10, vitamin E). Alpha lipoic acid functions in both. This allows it access to every sort of tissue in the body. Another important trait of lipoic acid is its ability to help regenerate other antioxidants. It therefore allows the antioxidants that are eaten and taken as supplements to work harder and longer in the body.

The most common conditions for which lipoic acid has been used are mostly related to diabetes and liver disorders. Lipoic acid is known to enhance blood sugar control by improving insulin sensitivity. Thanks to its anti-inflammatory effects, it’s also been shown to help with a painful diabetic complication called neuropathy (nerve damage). In addition, its powerful antioxidant properties seem to provide a protective effect in a number of liver diseases.

Recently scientists have been experimenting with the use of alpha lipoic acid in a broader range of conditions. One such example was published in the February issue of the Archives of Biochemistry and Biophysics. Researchers from the Linus Pauling Institute at Oregon State University conducted a trial to evaluate the potential of alpha lipoic acid in lowering high triglycerides (a risk factor for heart disease).

The results of the research were dramatic. A group of rats given therapeutic dosages of lipoic acid exhibited drops in their triglycerides of up to 60%. When the scientists tried to pin down how this reduction occurred, they reached two conclusions:

This led the authors of the study to comment that lipoic acid appeared to work differently than conventional (fibrate) medications. They went on to conclude that, “Given its strong safety record, LA may have potential clinical applications for the treatment or prevention of hypertriglyceridemia and diabetic dyslipidemia.”

These results appear to be just the beginning of the story. Here’s a summary of a few other studies on the cardiovascular benefits of alpha lipoic acid: 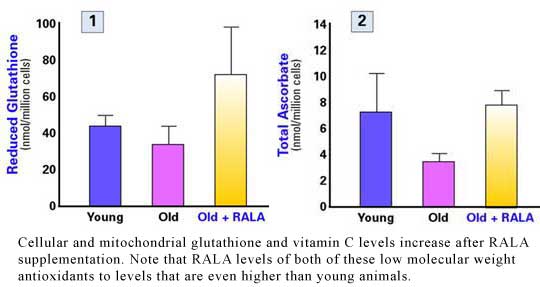 I’d also like to point out that toxicity testing on lipoic acid has demonstrated a wide safety margin. The only “side effect” recorded was a drop in body weight for lab animals taking higher dosages. The same cannot be said for the individual components of the “polypill” much less the combination of these medications.

There is one nutritional interaction of which I think you should be aware. Alpha lipoic acid has a chemical structure that is very similar to a nutrient called biotin. Biotin also serves many key functions in our bodies. In order to avoid any interference between the two, it’s probably best to take them at separate times of the day.

In alpha lipoic acid we have a powerful antioxidant that may help to support several markers of cardiovascular health. In doing so it can also provide additional benefits ranging from combating Alzheimer’s disease and inflammation to depression and even protecting ocular (eye) health. I think it’s certainly something worth considering before reaching for any multi-drug tablet.