The importance of gut bacteria has become a red hot topic over the last several years. Best-selling books by the likes of Drs. David Perlmutter (“Brain Maker” ), Gerard Mullin (“The Gut Balance Revolution”) and Raphael Kellman (“The Microbiome Diet”) have ushered in a new era of “probiotic-medicine”. In previous decades, research on gut microbiota primarily focused on bacterial imbalance (aka dysbiosis) and its role in digestive disorders, such as Crohn’s disease and ulcerative colitis. These days, specialists in the field are closely examining diversity and quantities of gut bacteria in relation to diseases ranging from depression to obesity. However, along with these exciting new findings comes many questions about how to practically manipulate gut microbiota. 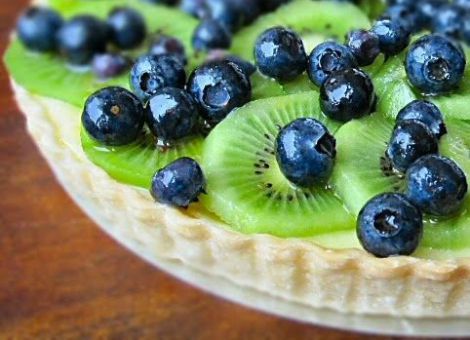 Most experts agree that the science of the gut microbiome is still in its infancy. To be sure, there are many probiotic foods and supplements on the market, but exactly how they influence the complex make-up of an individual’s gut is difficult to predict. Until a clearer picture emerges, some authorities are recommending a diet-driven approach. This typically means the inclusion of more cultured and fermented foods such as kefir, kimchi, sauerkraut and yogurt. These traditional foods are rich sources of healthy bacteria or probiotics. In addition, foods containing prebiotics are, likewise, favored. Prebiotics are a form of carbohydrates, mostly indigestable fiber, that preferentially nourish healthy gut bacteria. By combining pre- and probiotics, a symbiotic is formed – a synergistic combination that supports the gut microbiome by colonizing it with health promoting bacteria and supporting their growth and survival. This dynamic duo is the basis for transforming the environment in your digestive system and, possibly, your general state of wellness.

When it comes to dietary prebiotics, a variety of impractical and/or problematic foods are often suggested. Examples include raw chicory root, dandelion greens, Jerusalem artichoke and jicama. There are more common prebiotic foods as well, such as asparagus, banana, garlic, leeks and onions. But, not all of them provide large amounts of prebiotics and, some are dose-limiting because of their pungent flavor and sugar content. Fortunately, there are several, documented examples of delicious foods that effectively alter the gut microbiome in a beneficial way.

Starting your day off with a cup of coffee has been shown to increase the activity and number of Bifidobacterium. Enjoying an apple, berries* or kiwi as a snack, along with a handful of almonds or pistachios is another evidence-based method of enhancing the level of good microbes, including Lactobacilli bacteria. At the same time, a reduction in certain harmful or pathogenic bacteria (C. perfringens, Enterobacteriaceae and Pseudomonas) has been associated with consumption of these very same fruits. Finally, drinking a glass of red wine with a meal and opting for dark chocolate as dessert can further nourish the good guys in your gut. Much like the previously mentioned foods, cocoa and red wine tend to promote the growth of beneficial bacteria and curtail the presence of unwanted microbes, including Clostridia. A few ounces/squares of dark chocolate daily, 70% cocoa content or greater, and/or a glass of organic red wine with any meal should be enough to make a significant difference.

A broad array of health effects were linked to positive shifts in gut microbiota in many of the studies I culled from for today’s blog. Decreased risk markers and symptoms relating to cardiovascular disease, colorectal cancer, compromised immunity and lupus were reported. This may well provide validation for the current paradigm that makes the case for gut bacteria affecting the entire body, not just the stomach, intestines and colon. Lucky for us all, the medicine in this case is both quite tasty and safe.

* Blueberries, blackcurrants and raspberries have been singled out as having prebiotic properties in the scientific literature.

Study 1 – Psychobiotics and the Gut-Brain Axis: In the Pursuit of Happiness … (link)

Study 5 – Impact of Coffee Consumption on the Gut Microbiota: A Human … (link)

Study 8 – Application of Ultrasound for Enhanced Extraction of Prebiotic … (link)

Study 12 – In Vitro Characterisation of the Fermentation Profile & Prebiotic … (link)

Study 19 – The Effects of Cocoa on the Immune System … (link)

Study 22 – Association of Polyphenols from Oranges & Apples with Specific … (link)

The Gut Microbiome Is Influenced By Many Factors