Some compelling research was just presented at the Society for General Microbiology in Harrogate, England, the implications of which could impact the success rate for healthy births in women who might otherwise deliver prematurely. This same evidence may also reduce the risk of low birth-weight babies and infections in newborns.

Smile for Your Baby

The basis for these findings comes from samples extracted from the amniotic fluid of 57 babies. In those samples researchers identified 46 species of bacteria. The vast majority of the bacteria were expected, in that they typically reside in the mother’s vagina. But there were two bacteria found (Granulicatella elegans and Streptococcus sinensis) that are specific to the mouth. The two bacteria in question are known to have the ability to enter the bloodstream and cause havoc in other areas of the body such as the heart. 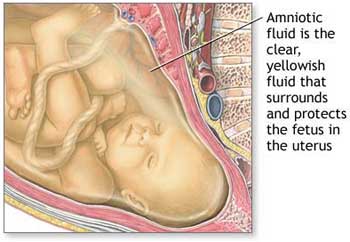 This hypothesis is strengthened by a Chinese review published in February, 2009. In that summary, researchers note a growing trend (in the past 10 years or so) between periodontitis (gum disease) and perinatal mortality (the period of time just before and after birth).

About 75% of preterm, low birth-weight (PLBW) are believed to be associated with maternal alcohol use, genetics, poor nutrition and prenatal care, smoking and urinary tract infections. But, that still leaves about a quarter of the PLBW cases with an undetermined cause. The authors of this review postulate that oral bacteria plays a role as the culprit in these instances. They believe that these pathogenic bacteria cause a cascade of inflammation that may provoke “spontaneous preterm labor and birth”.

The researchers involved conclude with the following statement, “oral health instruction and periodontal treatment may decrease the infection of periodontal pathogens and reduce the risk of PLBW. For the present, the best advice for a woman who contemplates pregnancy is effective brushing for two times per day and regular periodontal treatment.”

The advice given by the Chinese scientists is a good start. But I like the added suggestion given in a 2008 review in the journal of the American Family Physician. There they recommend using xylitol as a complementary treatment for two reasons. “Xylitol … may be used as adjuvant therapy for high-risk mothers in the early postpartum period to reduce transmission of carcinogenic bacteria to their infants. Appropriate dental care and prevention during pregnancy may reduce poor prenatal outcomes and decrease infant caries.”

In case you missed previous instances where I addressed the topic of dental health, here are a few blogs that provided information regarding other natural options for oral wellness: 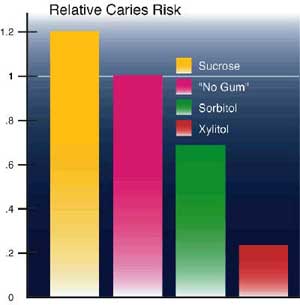 Anything that adversely affects the health of an expectant mother also endangers the life inside of her. So in closing I’d like to share some brand new data from a study conducted in Ecuador. This trial focused on the role that CoQ10 (a powerful antioxidant) has in preventing pre-eclampsia (PE), a pregnancy related condition where the blood pressure of pregnant mothers becomes elevated to a dangerous level. It’s estimated that PE accounts for over 50,000 deaths per year worldwide.

The researchers involved found that women taking 200 mg daily of a CoQ10 soft gel had an 11% reduction in the risk of developing pre-eclampsia. The authors summarized these results in the following manner, “CoQ10 supplementation starting at 20 weeks of pregnancy appears to be a safe and well tolerated intervention, and resulted in a significant reduction in the rate of pre-eclampsia.”

Complications during pregnancy can often be prevented by following the common sense guidelines supported by most doctors. But there’s always emerging research that takes time to become integrated into the mainstream prenatal protocol. I hope that today’s blog will help those who are considering getting pregnant to increase the likelihood of the healthiest possible pregnancy for both mother and child.