I think it’s safe to say that onions are a relatively popular vegetable. Although, they tend to be more the co-star than than the lead actor in a meal. Apart from onion rings, when was the last time you saw an onion casserole, onion salad, or sautéed onions as a main or side dish in a restaurant? Not very likely! While that’s probably not going to change anytime soon, you may want to onions to play a more prominent role in your own kitchen. 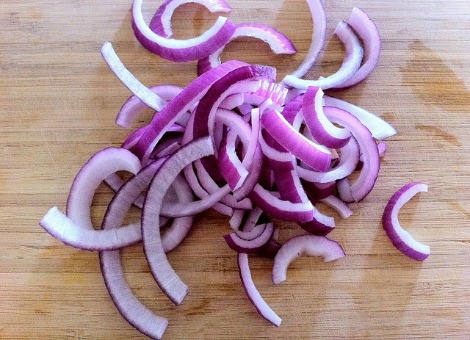 It might surprise you to know that onions (Allium cepa) have been the focus of dozens of scientific studies in recent years. In some parts of the world, onions have been used in traditional remedies. This historical precedent is most likely the basis for the modern evaluation of the onion’s medicinal potential. And, low and behold, many of these scientific trials have yielded provocative findings.

Onions for Stronger Bones: The December 2015 edition of Food & Function reports that 100 mL/day (less than half of cup) of onion juice improves antioxidant status and bone mineral density (BMD) in post-menopausal women. Previous studies in animals and humans have found that daily onion consumption is associated with fewer hip fractures and stronger bones.

Onions for Cardiovascular Health: Garlic, another member of the Allium family, has long been considered a cardio-tonic. Of late, scientists have discovered that onions present similar health benefits. Different forms of onion improve various cardiovascular risk factors. One trial determined that 100 mL/day of onion juice decreased waist circumference, LDL and total cholesterol and LDL oxidation in patients with hypercholesterolemia aka high cholesterol. A separate experiment discovered that a novel, red wine extract of onion outperformed conventional red wine by lowering LDL cholesterol, LDL oxidation and inflammation. Lastly, an onion extract containing 51 mg of quercetin, has been shown to protect against negative changes in post-meal endothelial function – a measure of circulatory health.

Onions vs. Diabetes: The anti-diabetic activity of onion was first reported in the medical literature some fifty years ago. A 2014 review in the journal Nutrition describes several components that may underlie the hypoglycemic effects of A. cepa. Among them, the authors list flavonoids, such as quercetin, and S-methylcysteine as likely candidates. Other experiments propose that onion impairs the activity of certain enzymes which are used to digest carbohydrates. In the case of diabetes, at least two studies indicate that raw onion is particularly effective in lowering blood sugar.

Onion skin is generally thought of as scrap material. Much like a banana peel, it’s usually tossed in the compost or trash bin. Interestingly, the skin of onions is currently emerging as a potent natural medicine. It turns out that onion skin is an abundant reservoir of bioavailable quercetin – a powerful antioxidant. Isolated forms of quercetin are notorious for being poorly absorbed. However, onion skin extract is an exception to the rule. In practical terms, onion peel extract promotes wellness in diverse ways such as: a) protecting against oxidative stress and poor circulation in overweight adults; b) lowering the atherogenic index and blood pressure in high risk individuals; and c) improving cardiometabolic health markers in smokers.

My suggestion for adding onion skin to your diet is as follows: Gently wash the skin and pat it dry (note: use only organic onion skin). Add it to broths, crock pot recipes and soups. Because of its texture, it’s probably best to blend it or strain it before eating. You can even add onion peel to homemade smoothies. The taste is surprisingly mild, but the health benefits may be quite profound.

Study 3 – The Association Between Onion Consumption and Bone Density … (link)

Asparagus and Onions Are Rich Sources of Quercetin 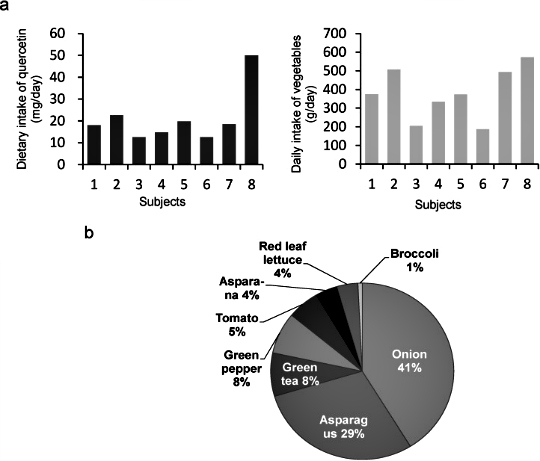