In the past many people believed that alcohol, a spicy diet and stress were the primary causes of gastric ulcers. But the truth is that the leading cause of stomach ulcers is an infection caused by a bacterium called Helicobacter pylori or H. pylori for short. This same bacterium is also implicated in a higher risk of stomach cancer. According to the American Association for Cancer Research, stomach cancer is the second most common form of cancer worldwide and offers a very grim survival rate.

The conventional treatment for those suffering from an H. pylori infection is a course of antibiotics accompanied by a medication that reduces stomach acid (proton pump inhibitors). Apart from the known side effects associated with such prescription drugs, there is also a concern that some may have antibiotic-resistant strains of this bacterium which may require additional or longer treatment periods to successfully eradicate.

Baby Broccoli to the Rescue! 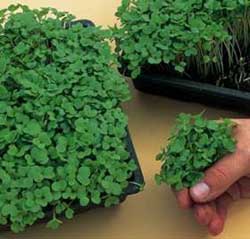 For over a decade researchers at Johns Hopkins University and elsewhere have been studying the effects of broccoli sprouts in the promotion of good health. Much of their experimentation has focused on the role that these tiny sprouts can play in the battle against a variety of cancers such as bladder cancer, breast cancer, prostate cancer, skin cancer and urinary cancer.

In the April 2009 issue of the journal Cancer Prevention Research, a new application for this wondrous spout is proposed. A two part study was initiated to test the effects of broccoli sprout consumption on levels of H. pylori in both animal and human models. Here’s how the study was conducted:

At the end of the 2 month period, both the rats and the human patients were analyzed to determine if there were any changes in their H. pylori status. The findings were very promising.

The researchers summarized their study findings in the following manner, “Daily intake of sulforaphane-rich broccoli sprouts for 2 months reduces H. pylori colonization in mice and improves the sequelae of infection in infected mice and in humans. This treatment seems to enhance chemoprotection of the gastric mucosa against H. pylori–induced oxidative stress.”

An earlier scientific review, published in August of 2008, also hinted at a role that broccoli sprouts and other natural foods may play in keeping H. pylori in check. According to this Korean report, other natural candidates worthy of study include, “red ginseng, green tea, red wine, flavonoids, broccoli sprouts, garlic, probiotics and flavonoids.”

You may be wondering why sprouts were used rather than fully grown broccoli. The reason is that sprouts contain much higher levels (up to 100 times higher) of the proposed active ingredients, such as a phytochemical called sulforaphane glucosinolate (SGS). To put this into real world terms, a 2 ounce serving of broccoli sprouts has as much SGS as 2.5 lbs of mature broccoli. 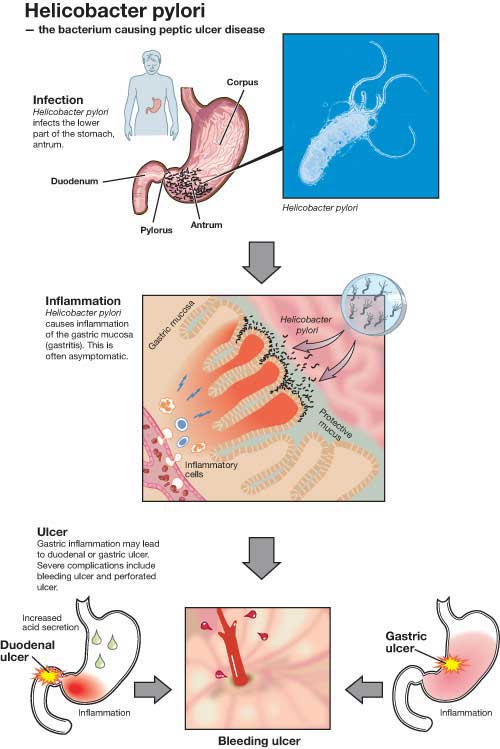 It’s also important to note a few other things about broccoli sprouts. 1) They may be appealing to those that don’t enjoy the flavor of traditional broccoli. 2) The sprouts can very easily be incorporated in salads, sandwiches and even smoothies. 3) It’s a lot easier to grow your own sprouts than planting broccoli in a garden. 4) For those that truly don’t have any sort of “green thumb”, these sprouts are quite often available in the produce departments of major super markets and health food stores alike.

My hunch is that scientists will discover many more applications for broccoli sprouts in the coming years. In the meantime science is telling us that this is a very safe food that may provide a powerful chemoprotective (cancer fighting) effect and far beyond.