Appetite suppressants have earned a well deserved, bad reputation in many medical circles. Time after time, so called miracle “diet pills” have failed to promote sustained weight loss and/or caused serious side effects. Perhaps the highest profile example is fen-phen, a drug combination consisting of fenfluramine and phentermine. In 1997, the FDA required that fen-phen be pulled from the US marketplace after numerous reports of heart valve disease and pulmonary hypertension became too common to ignore. 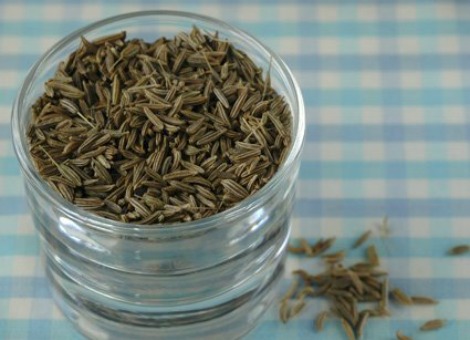 Clearly, I am an ardent supporter of natural medicine, but I am also a skeptic when it comes to any type of diet-related quick fixes. In the past and present, natural appetite suppressants have been found to be potentially hazardous. In 2004, the FDA banned the sale of (naturally sourced) ephedra because “the substance raises blood pressure and otherwise stresses the circulatory system”. In May 2016, similar side-effects were noted from another appetite reducer extracted from yoihimbe bark. Additionally, there are periodic reports of slimming supplements that are illegally adulterated with dangerous drugs such as sibutramine. However, even well intended supplements that aim to suppress appetite usually aren’t worth their price tag or risk. Simply stated, they’re almost always disappointing in a real world setting. The latest example is a failed experiment using a high polyphenolic grape extract. It was found to be safe, but it didn’t affect feelings of fullness, hunger or overall caloric intake.

What Works? Specific Dietary Choices: A recent study in the Journal of Nutrition reports that eating small, frequent meals does not tame a voracious appetite. Thankfully, there are a number of dietary strategies that are productive. Topping the list is: a) replacing grains with eggs at breakfast; b) adopting a higher-fat, lower carbohydrate diet rather than a low-fat diet; and c) adding plenty of spinach to your nutrition plan. The first two recommendations match the suggestions made by Dr. David Ludwig in his book, “Always Hungry”. You can read more about that here: (link 1 & link 2). The spinach tip is based on emerging evidence which shows that thylakoids, plant membranes extracted from spinach, reduce emotional eating and promote hunger satisfaction by delaying fat digestion and prompting the release of gut peptides that beneficially influence appetite regulation.

What Works? Liquid Preloading: Drinking approximately two glasses of water (500 ml) a half-hour prior to meals has been shown to decrease hunger and weight in several peer-reviewed studies. In fact, one trial documented a 13% reduction in caloric intake in the subsequent meal. Also of note, staying properly hydrated can enhance your mood. And, as we all know, poor mood states often lead to unwise food (and drink) choices.

What Works? Fiber Supplementation: A study presented in the May 2016 edition of Appetite reveals that supplementing with 6.8 grams of psyllium fiber prior to breakfast and lunch resulted in a “statistically significant reduction in hunger and desire to eat, and increased fullness between meals compared to placebo”. Other forms of fiber such as the highly viscous PolyGlycopleX (PGX) and a-galacto-oligosaccharides (GOS), a prebiotic fiber, have also been demonstrated to enhance satiety. As a bonus, these fiber sources curtail body fat and inflammation, while improving blood sugar management.

What Works? Spicy Solutions: Caraway, fennel and fenugreek are a group of spices that have been used traditionally to support healthy digestion. Recently, their role as natural appetite suppressants has come to light. In March 2016, a triple-blind, placebo-controlled study in Phytotherapy Research noted a decline in appetite and carbohydrate intake in a group of obese women who received a caraway seed extract. A trial from 2015 describes how both fennel and fenugreek teas, consumed prior to a lunch buffet, led to decreased hunger and food consumption in a separate group of overweight women. What’s more, previous research from 2010 suggests that fenugreek may assist overweight men too by lowering their glucose/insulin ratio and moderating dietary fat consumption.

What Works? Mind-Body Solutions: Current studies reveal that a few fairly mainstream therapies may be of value to dieters seeking non-pharmaceutical and -surgical options. For starters, cognitive behavioral therapy (CBT) benefits those struggling with binge eating. And, mindfulness training provides a valuable adjunct to weight loss programs by minimizing “reward-driven eating”. On the alternative-front, Emotional Freedom Technique lessens food cravings in obese adults. Acupuncture scales down the desire to eat, possibly by diminishing the amount of active ghrelin, a gut hormone that stimulates appetite and influences how quickly hunger returns.

Today, I’ve outlined quite a few options for those who wish to attain better hunger management. All of the above alternatives can be used in a mix-and-match way. Personally, I would start with the defined dietary changes. However, if you believe you’re lacking in the fiber or hydration departments, focus on those resources. If you suspect that there are psychological or stress-related issues at play, follow the mind-body route. And, if you like tea, why not swap out your typical glass of juice, soda or wine with caraway, fennel and/or fenugreek tea? These are all worth trying and certainly much healthier and safer than the majority of products stocked in the average diet and weight loss aisles.

Study 8 – The Effects of a Low-Carbohydrate Diet on Appetite: A Randomized … (link)