It’s cool, chocolatey and undeniably good for you! Of the three claims I just made, the first two probably won’t raise any eyebrows, but the latter one may ruffle a few skeptical feathers. After all, ice cream isn’t something you’ll find on most lists of wholesome dietary options. Even health food store varieties are probably best enjoyed as an occasional treat if only because of their sugar content. Today’s culinary creation is an exception to the status quo. 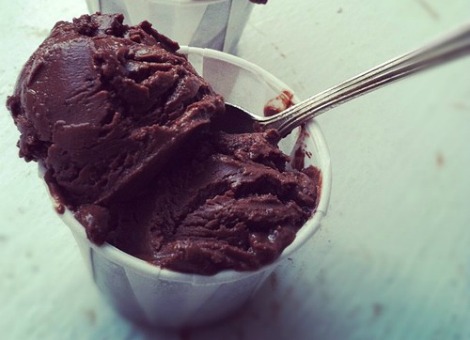 From a health standpoint, ice cream presents a number of pitfalls besides sugar. For one thing, dairy can cause allergic reactions and digestive upset in a fairly large segment of the population. Also, frozen desserts frequently contain artificial colors, flavors and various gums and stabilizers in order to enhance taste and texture. If you try hard enough, it’s possible to avoid some of these questionable ingredients. However, dodging them all typically requires making homemade ice cream.

My version of chocolate “ice cream” doesn’t contain dairy, added sugar or artificial ingredients of any kind. In fact, every component of this icy treat was selected in order to support optimal health.

Healthy Ingredient #1: Organic Coconut Butter – Coconut butter or “cream” is made by blending whole coconut meat into a paste. Nothing more is added to the mix. The resulting product is rich in healthy fats and fiber. In recent years, coconut oil has been exonerated as a causative factor in heart disease. The latest research indicates that unrefined coconut may well reduce cardiovascular and dementia risk. Additionally, some preliminary studies suggest that “virgin” coconut oil may protect against anxiety and dental decay.

Healthy Ingredient #2: Organic Dark Chocolate – It’s becoming increasingly clear that dark chocolate is a bona fide superfood. Several studies from 2016 confirm that high quality cocoa improves vascular function, increases antioxidant status in at risk patients, such as those with compromised liver health, and lowers the risk of cardiovascular mortality and cognitive decline. What’s more, theobromine, a naturally occurring stimulant found in chocolate, has also been shown to strengthen tooth enamel. However, it should be noted that some chocolate sources contain unacceptably high levels of heavy metals, including cadmium and lead. Rest assured, the dark chocolate bar I use in the following recipe is low in heavy metals and rich in health-promoting flavonoids.

Healthy Ingredient #3: Coffee – Admittedly, coffee plays a small role here. Still, adding coffee helps to enrich the complexity and depth of chocolate flavor. And, much like the two previous ingredients, coffee continues to shine in the medical literature. Of late, scientists have reported that coffee consumption: a) reduces post heart attack mortality; b) decreases the “incident risk of cognitive disorders”; c) protects against a common marker of accelerated aging – the shortening of telomeres; and d) is linked to improved cardiometabolic status in diabetics. As a bonus, some data indicates that drinking coffee is inversely associated with periodontitis. I mention this because coffee tends to have a bad reputation with respect to dental health – primarily because of its staining potential.

Healthy Ingredient #4: Stevia – Speaking of bad reputations, stevia is sometimes dismissed as a result of bad experiences. Unlike sugar, stevia products vary widely in terms of after-taste and sweetness. In my experience, liquid extracts tend to be more palatable, particularly if they’re used judiciously. The most common error made when using stevia is adding too much to any given recipe. But, I urge you not to give up on stevia too hastily. A fair amount research has demonstrated that stevia is one of the better (all natural) sweeteners thanks to its antioxidant activity and relative lack of effect on blood sugar, cavities and weight gain.

Break the chocolate bar into small pieces and place in a large glass bowl. Add the coconut butter, liquid stevia, vanilla extract and NutraSalt. Pour a cup of hot espresso over the ingredients and whisk until smooth. Transfer the mixture into a freezer-safe glass container with a securely fitting lid. Freeze for three or more hours prior to serving.

Here’s a little background on the specific products I used in the Healthy Fellow Test Kitchen. I like the Endangered Species 88% Dark Chocolate Bar for the reasons I mentioned earlier. I used Artisana Organics Raw Coconut Butter as the base instead of cream and milk. NuNaturals makes a delicious, alcohol-free Vanilla Stevia extract that is a staple in my healthy, foodie experiments. Lastly, I used NutraSalt, a unique form of sea salt, in order to bump up the potassium content.

While delicious, this version of “ice cream” doesn’t behave exactly the same as the conventional version. Over time, it gets quite hard when frozen. Therefore, you’ll need to defrost it for awhile before enjoying it on subsequent occasions. And, you may need to stir it a bit with a spoon prior to serving, as some degree of ingredient separation may occur. But, the health benefits far outweigh these minor inconveniences. Enjoy! 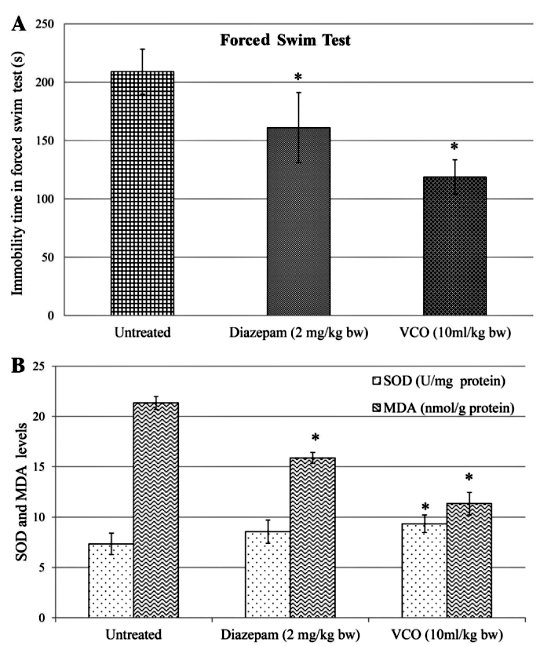