The idea of wearing tinted glasses at night may seem counterintuitive. In previous generations, there would be very few reasons to do so. But, in many ways, we live in a very different world today. The natural rhythm of the sleep-wake cycle was set up for mankind to slumber as day turns to night and awaken as night returns to day. However, this all changed with the advent of computers, digital displays, mobile phones, street lights and numerous other sources of nighttime illumination. And, I think it’s fair to say that the light genie is well out of the bottle and is unlikely to go back in any time soon. 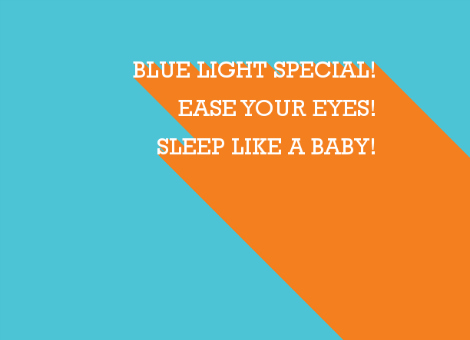 In recent times, scientists have discovered that there are particular “short-wavelength light emissions” that can wreak havoc on the brain. Specifically, blue-enriched lights are problematic because of their stimulating properties. During the day, they serve an important purpose – to keep us alert and energized. But, if you’re flooded with an unnatural amount of blue wavelengths close to bedtime, your mental state and sleep quality is likely to suffer. Fortunately, there is a simple way to protect yourself from inappropriate light exposure at night: wear amber or blue-blocking glasses. Here’s a picture of me wearing my pair. I recommend and use this affordable product, as does Consumer Reports where it tested well earlier this year.

In the medical literature, there are many accounts of bright lights negatively affecting sleep quality. Exposure to light-emitting devices causes a significant reduction in melatonin production. In our brain, the pineal gland releases melatonin aka “the sleep hormone” when we retire at night in a dark setting. Without enough melatonin, sleep quality suffers. Additionally, melatonin is a potent antioxidant, which may confer protection against a variety of cancers. By filtering out the more stimulating spectrum of (blue) light, researchers have found that various populations (delayed sleep disorder patients, “healthy adults”, nightshift workers and teenagers) find substantial benefits in relation to sleep satisfaction. The key is to wear the amber glasses for about three hours prior to bedtime. Rest assured, you can still engage in all of your typical activities. You’ll simply be seeing everything through amber tinted glasses.

Frequently, those using blue-blocking glasses notice a calming effect long before they actually fall asleep. These anecdotal reports are supported by a relatively new line of study: using “blue light blockades” to reduce mania in those with bipolar disorder. The therapeutic use of darkness as a mood stabilizer has been noted for quite some time. A case report from 2014 and a controlled study from 2016 now reveal that amber glasses effectively and safely function as an add-on treatment for bipolar patients in manic states. The conclusion of the case report stated, “The unusually rapid decline in symptoms, accompanied by uniform sleep parameter changes markedly increased regularity, suggest that blue-blockers might be targeting a central mechanism in the pathophysiology of mania”. This is very promising indeed and begs for additional scientific inquiries.

The brain is not the only organ conditionally affected by bright light. The essential and harmful effects of short-wavelength blue light enter the body via the eyes. Therefore, it should come as little surprise that this part of the light spectrum can influence ocular function and health. Current trials, published in peer reviewed journals, reveal that shielding eyes from excessive blue light may protect against age-related macular degeneration, eye fatigue and poor visual acuity caused by dry eye. In essence, this suggests that wearing eye protection at night may serve a similar purpose as wearing sunglasses in the daytime. 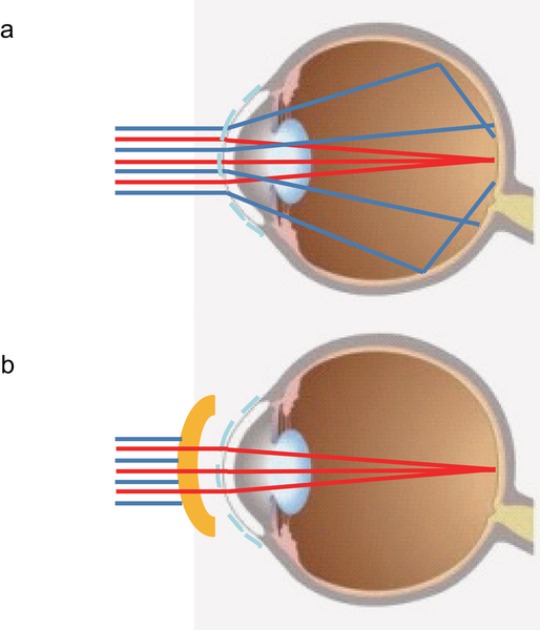