I’m always on the look-out for ways to make my healthy lifestyle as interesting and mentally stimulating as possible. One way I do it is by listening to podcasts while exercising. It’s a great way to be entertained and learn something while conditioning my body.

A few days ago I came across a particular podcast by my friend, Jimmy Moore, that really got my wheels spinning. I listened with utter fascination and wondered what additional information I could find on the subject matter discussed. The topic of the program was the role that a much maligned fat could possibly have in reversing symptoms of Alzheimer’s disease and other forms of brain dysfunction. 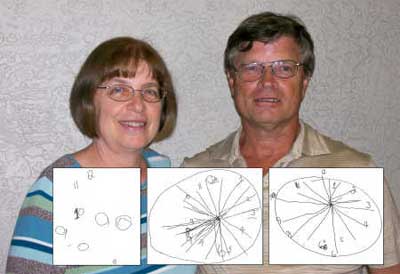 Dr. Mary Newport recounted a riveting story about her husband who was stricken with Alzheimer’s disease at the young age of 58. Thankfully for us all, Dr. Newport didn’t simply accept that this diagnosis would lead to an inevitable and tragic outcome. She researched any and all available options and decided to try to get her husband enrolled in clinical trials for experimental drugs for dementia.

Both Dr. Newport and her husband encountered huge roadblocks almost immediately. In order to be enrolled in such experimental studies, you generally need to possess a certain level of brain function. The reasoning is that medications are more likely to benefit those in the early stages of Alzheimer’s and other forms of dementia. The sad fact was that Steve wasn’t scoring high enough on tests to qualify him for the trials.

Then Dr. Newport came across some information about the use of a specific class of fats that were showing preliminary promise in the nutritional management of a variety of neurological conditions. These unusual fats go by the name of medium chain triglycerides (MCTs). The most concentrated food source of MCTs is coconut oil. With nothing left to lose, Dr. Newport began giving her husband large amounts of coconut oil and incorporating it into their diets. The results were nothing short of amazing. This oil, which most doctors will tell you to avoid like the plague, has halted and even reversed some of the symptoms of Steve Newport’s brain dysfunction!

If you know anything about coconut oil, you know that it’s loaded with saturated fat. Most conventional doctors consider it one of the most damaging types of fat because it’s “bad for the heart”. When something is harmful for the heart, it typically also impedes circulation to other vital body organs, including the brain. But as you’ll see, recent scientific studies do not appear to support this view.

As I mentioned previously, one of the common concerns about using MCTs or coconut oil is the saturated fat content. The following recent trials examined the cardiovascular effects of MCTs: 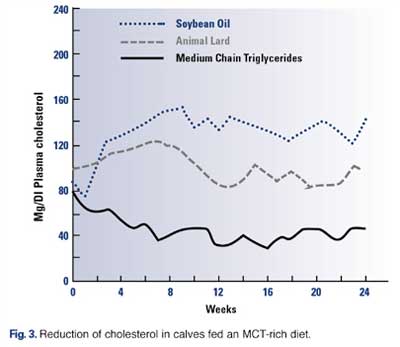 In the podcast with Dr. Newport she anecdotally mentions that her husbands cholesterol levels have actually improved since starting the high dose coconut oil supplementation. Steve’s HDL (“good”) cholesterol has gone up and his LDL (“bad”) cholesterol and triglycerides have both gone down.

I’d also like to mention that MCTs have been used effectively and with relative safety in the long-term treatment of epilepsy. Many of these studies have been conducted on epileptic children.

I’ve personally begun experimenting with organic coconut oil myself to see how my own brain responds to it. It’s too early for me to tell for sure, but I think it may be affording me some added clarity. If you need a mental boost or if you’re at high risk for brain dysfunction, I suggest you listen to Jimmy Moore’s podcast and visit Dr. Newport’s research site. I’d love to receive feedback from anyone who decides to test out the brain boosting effects of coconut oil.