One of the primary differences between holistic and conventional medicine is that they often have different objectives. In conventional medicine, you’re often given prescription medications or surgical interventions to help address problematic symptoms. In the holistic medical model, your physician will often want to discover the root cause of your “dis-ease” and try to help heal the imbalance. The difference may seem ambiguous, but it essentially boils down to actual healing as opposed to simply masking or getting rid of troublesome symptoms.

If you walk into a typical medical doctors office complaining of feelings of anxiety and depression, he’ll likely examine you and if nothing is obviously wrong you’ll probably be given a prescription for some form of anxiolytic (anti-anxiety) or antidepressant medication. If, however, you go to a naturopathic doctor, you’ll likely be asked a much longer list of questions. Some of the inquiries may even seem irrelevant, but the condition of seemingly unrelated systems in the body may contribute to mental health.

A study that appeared in the March 2009 issue of Gut Pathology offers an alternate view of how we may be able to manage anxiety naturally. The focus of the research was on the use of a special strain of healthy bacteria (probiotic) called Lactobacillus casei Shirota (LcS). Probiotics are a class-friendly bacteria commonly associated with cultured or fermented foods like kefir, sauerkraut and yogurt. They serve many functions in the body, including participating in the digestion of food, the production of essential nutrients and supporting immune function.

In this current scientific trial, 39 patients with chronic fatigue syndrome (CFS) were given 24 billion units of LcS per day or a placebo for 2 months. The intent was to determine whether LcS could help alleviate one of the common symptoms associated with CFS: anxiety. The reason that a probiotic was chosen for testing is that previous research indicated that CFS sufferers sometimes have an imbalance between the friendly and pathogenic bacteria in the digestive system.

In order to examine the possible connection between good and bad intestinal bacteria and anxiety, the researchers tested for both physical and psychological changes in the following ways:

Of the original 39 patients, 35 completed the study. Two patients from both the placebo and LcS group dropped out for reasons unrelated to the trial. Here are the findings of the researchers:

The authors of the study offered this cautious appraisal, “Overall the results suggest that specific strains of probiotic bacteria may have a role to play in mediating some of the emotional symptoms of CFS and other related conditions. However, it is important to note that this is a small pilot study and broad conclusions cannot be drawn at this time.” 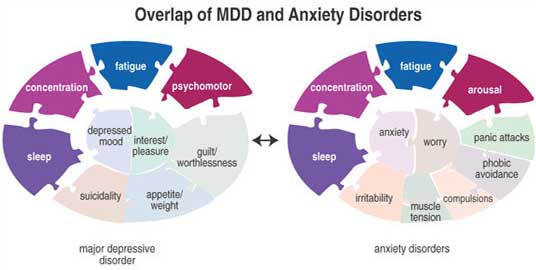 More research is indeed called for. But it’s also true that some previous trials seem to support the findings of the first experiment just illustrated. Below are highlights from a few other interesting studies that looked into the role that probiotics may play in promoting mental health.

These preliminary experiment offer tantalizing clues about the role that intestinal health may play in keeping our emotional systems in good order. If you’ve tried other methods of addressing anxiety and depression without success, perhaps you might consider the role that your “gut instinct” may be playing in the process.


10 Comments & Updates to “Probiotics and Mood”