You’ve heard the carols on the radio, seen the strings of light on your way home and surely, you haven’t escaped the ceaseless advertising typical of this time of year. Take cover! The holiday season is upon us. Thankfully, I’m not here to dazzle you with glowing reindeer or the latest, greatest stocking stuffers. Instead, as 2017 gets ready to bid farewell, I’d like to a share a few, free gifts with you all. If consistently applied, I’m confident these tokens of my appreciation can improve the quality of your health and life. So, don’t wait for the start of 2018 to turn a new page – begin right now to strengthen your body, mind and spirit. 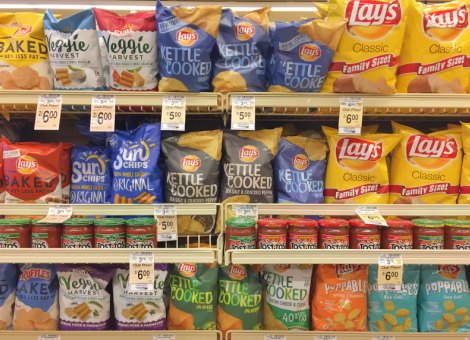 For many, this time of year can be challenging for a number of reasons – time often becomes increasingly scarce, food choices frequently get richer and sweeter, and stress in various forms from financial to social is practically a holiday tradition. Today, I’m going to offer a simple technique to pamper your brain in the coming weeks and hopefully long after that.

A just published study in the December 2017 issue of The American Journal of Nutrition reports that “normal older adults” who eat a high-glycemic diet have 26% more cerebral amyloid – a type of protein that forms plaque that is found in the brains of those with Alzheimer’s disease. According to the National Institutes of Aging, “amyloid plaques collect between neurons and disrupt cell function”. Now, if this was only a “stand alone” study, it might be interesting, but not very consequential. However, the fact is that there is an emerging body of evidence connecting elevated blood sugar (primarily caused by a high-glycemic diet) with poorer cognitive function and health.

Before I go any further, let’s briefly establish the definition of a high-glycemic diet. The glycemic index (GI) is used to categorize foods based on the degree by which they affect blood sugar. Examples of high-glycemic foods include bread, candy, potatoes, rice and sugar-sweetened soda. Examples of low-glycemic foods are cruciferous and green leafy vegetables, beef, chicken, eggs, fish, nuts and seeds. Unsurprisingly, diets that lean heavily on high-GI foods are deemed as high-glycemic diets.

One of the most worrisome points about the study I referenced above is that it detected a sign (amyloid build up) associated with brain deterioration in a group of adults without diagnosed cognitive dysfunction. In other words, from the outside looking in, they seemed healthy. Other research adds weight to the hypothesis that diet-induced hyperglycemia may harm the brain and negatively influence cognition in cognitively-intact older adults. For instance, a 2015 study noted that “High blood glucose was related to poorer overall performance on perceptual speed as well as greater rates of decline in general cognitive ability, perceptual speed, verbal ability, and spatial ability”.

At least two other trials offer insights into the role that the glycemic index may play in hastened brain aging. One study, dating all the way back to 2003, specifically looked at the effect of low vs. high glycemic breakfasts in humans and rats. A low GI breakfast alone improved post-meal memory in humans and learning performance in their rodent counterparts. The second trial is perhaps the most disconcerting of all. In it, brain imaging was used to determine the amount of gray and white matter volume in the brains of 209 “healthy children”. After analyzing the brain images and diets of the children, it was determined that those who commonly ate lower-GI breakfasts had “significantly larger gray matter … and white matter volumes of several regions”. The authors of the study concluded that a lower-GI diet may be “important for brain maturation during childhood and adolescence”.

The link between high-GI carbohydrates, erratic blood sugar and memory dysfunction is now widely accepted when referring to type 2 diabetics. I believe in the near future, a very similar attitude will be adopted with respect to non-diabetics as well – of all ages. But, why wait for an official pronouncement when it’s already quite clear that maintaining stable blood sugar via a nutrient-dense, low-glycemic diet can only benefit your brain (and your body)?

Bonus Gift! As you may already know, I have a small collection of low-glycemic recipes on my site. But, if you’re looking for some additional inspiration, I highly recommend you visit Elena Amsterdam’s recipe collection. Her creations are consistently delicious, health promoting and inventive. 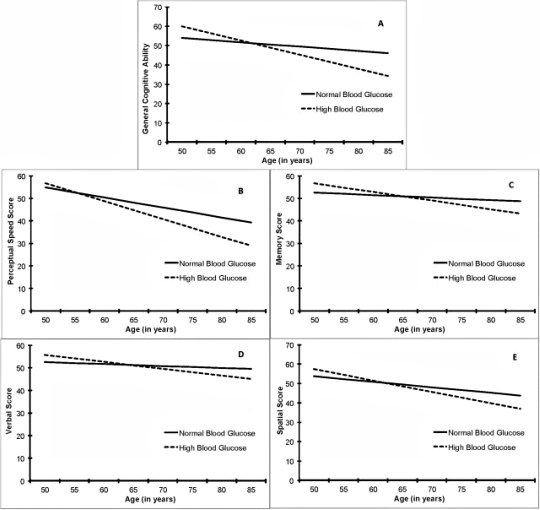