I have an online friend who lives in Japan. He recently asked me about a product that he has been seeing in stores in his part of world. The product label claims that it’s a natural, low calorie alternative to sugar. My first thought was that he must be referring to stevia. I know that stevia is commercially available in Japan and has been used there for several decades now. But as it turns out, the product that caught his eye was something quite different. It’s an exotic fruit extract known as luo han guo. 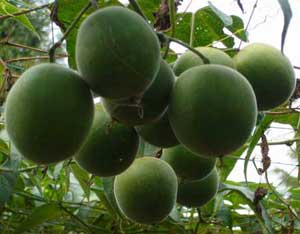 Luo han guo is derived from a fruit that grows in a few distinct regions in China. In particular, it thrives in the warm, humid and shady environment of the Guilin mountains. Historical texts indicate that this incredibly sweet fruit was consumed by monks who lived in the Guangxi province going back to the 13th century. But it wasn’t widely cultivated until the 1800s because of the particular climate needed to make it commercially viable.

The juice of luo han guo has been used to treat a wide variety of conditions, including chest congestion, constipation, coughs, sore throats and sunstroke. It has even been used as a longevity tonic, likely due to the fact that residents of the Lingui and Yongfu counties, where luo han guo is cultivated, often live in excess of 100 years.

As a commercial product, luo han guo extract has only been available since the mid 1990’s. Around that time, a process was developed for isolating the sweet components of the fruit (mogrosides) from other volatile compounds naturally present in the pulp. The resulting extract was rendered viable as a neutral tasting sweetener. In 2007 the US FDA granted luo han guo extract GRAS (Generally Regarded As Safe) status and permitted its use in foods and supplements in the USA.

The real question in my mind is whether there’s a place for another natural sugar alternative. I recently reviewed my favorite sweetener, stevia, and gave it the highest possible marks with regard to both safety and taste. Could it be that there’s something even better available for those of us trying to avoid added sugar? Let’s find out.

The first set of studies that I presented focused on the effects of mogrosides/luo han guo on blood sugar. Most of the ill effects of sugar have to do with the elevation in blood glucose and insulin that occurs when sugary foods are consumed. But, I’d like to explore a few other areas of scientific research that are currently underway. 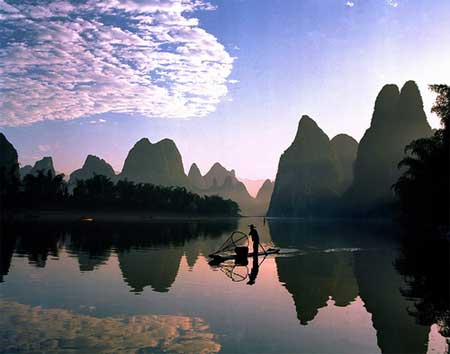 In looking over the above research, you may have noticed one thing that all these studies have in common. None of them were human studies. This is the big question mark in the case of luo han guo. The evidence that we do have is extremely promising, but will the results found in these lab experiments translate into the human population? We simply don’t know at this time.

I have no reason to believe that this fruit extract, which has been used safely for hundreds of years and subjected to preliminary safety testing, is dangerous. I would, however, like to know it with more certainty. At the present time, I feel more confident recommending stevia, because there is simply much more scientific data to support its safe use.

I must admit that I’ve never tried luo han guo. But this exploratory exercise has stimulated my interest. I plan to take a chance, try luo han guo and compare it to stevia. The two areas of interest will be the issue of taste and whether there are any discernible effects on my blood sugar readings. In order to test the latter, I will invest in a blood sugar monitor. I’ll post my personal findings in the near future.

Here’s where I’d love to have your help. If any of my blog readers are willing to join me in this experiment, I will gladly report your results as well. Please contact me via this website and I’ll provide a very simple experiment design that will help document any significant difference between the use of stevia and luo han guo as a sweetener.