Grapes are one of the most scientifically studied foods in the modern diet. Researchers tend to focus on grape seed and grape skin extracts, but juice and red wine frequently get attention as well. The reason for so much interest is that this richly pigmented fruit is chock full of powerful antioxidants and phytochemicals that are known to promote good health. Today’s blog presents an update of the most current findings on these nutritional superstars. 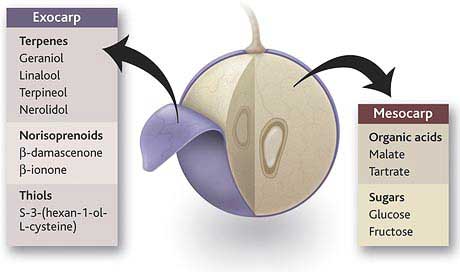 New research from the University of Michigan Cardiovascular Center suggests that grape powder may protect the cardiovascular system. (1) Researchers specifically looked at the impact that grapes would have on a group of salt-sensitive, hypertensive rats.

In this study, the rats were provided with either a grape powder or a low dose of a “common blood pressure drug” (hydrazine) for a period of 18 weeks. The grape powder was a mixture of green, red and black grapes and made up 3% of their overall diet. The two sets of rats were fed a high salt diet.

Both groups demonstrated a reduction in blood pressure. But, a significant difference was found between the two treatments: the rats receiving the grape blend also showed signs of better heart function and a decrease in heart muscle damage. Based on diet alone, there was an expectation that the high-salt content would cause heart damage to all of the rats.

The scientists involved believe that the naturally occurring antioxidants in grapes may activate a “protective process in the genes that reduces damage to the heart”.

Two additional studies (2,3) from March 2009 suggest that other mechanisms may also be involved. The first points to the benefits of flavonoids (found in grapes) in promoting elasticity of arteries and, thereby, improving circulation. This allows for greater glucose and oxygen delivery and the “removal of waste products”. Chronic inflammation is now considered a contributing factor in many health concerns, including cardiovascular disease. A recent experiment found that grape seed extract could counter inflammation brought about by an unhealthy diet.

Grapes have long been associated with heart health. But, there are other seemingly unrelated conditions that also respond to grapes and grape extracts. Here’s a brief overview of a fraction of the potential of this powerful fruit:

I think we’ll continue to see an abundance of research on grapes in the near and distant future. It seems that the more we learn about them, the more promising a natural remedy they become. All you have to do is decide which form is right for you – the whole fruit (with seeds), the juice, nutritional supplements or wine.


11 Comments & Updates to “Grape Antioxidants for Heart Health and Diabetes”