Every article I write is based on the most current scientific information that I’m aware of. But medical research is a never ending process. New studies are constantly being released and information that was up-to-date just a few months ago cannot possibly provide the entire picture today. Because of this reality, I’m going to take the opportunity to update several past blogs with new information that you should know about.

In February 2009, I wrote a column about A Natural Remedy for Sleep Apnea. A study published in May of this year found that specific tongue, soft palate (top of the mouth) and pharyngeal exercises minimized the symptoms of OSAS (obstructive sleep apnea syndrome) in a group of 16 patients with mild to moderate sleep apnea. (1) Pharyngeal exercises address the neck/throat region directly behind the mouth and nasal cavity. 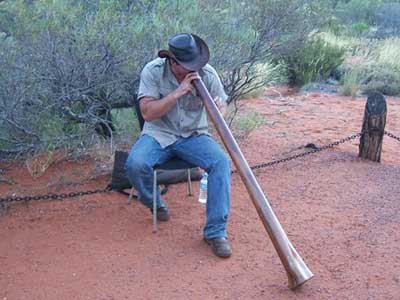 After three months of daily exercise, the treatment group demonstrated improvements in several key areas affected by OSAS: a) overall OSAS severity; b) quality of sleep score; c) daytime sleepiness; and d) snoring frequency and intensity. There was also a decrease in “neck circumference” in those participating in the exercises. The exercises required about 30 minutes of practice per day.

10 of the 16 patients that started the study with moderate OSAS improved to such an extent that their apnea was redefined as “mild” (in 8 patients) or “cured” (in 2 patients). The new diagnosis was based on a standardized test model called the Apnea-Hyponea Index. A control group, comprised of 15 OSAS patients, was assigned non-specific breathing exercises and a daily saline nasal wash. They did not report significant improvements in OSAS symptoms.

This research reminds me of a 2006 study that found that practicing a traditional, Australian wind instrument, called a didgeridoo (pictured above), is also effective and well tolerated in the management of sleep apnea! (2)

Last month, I wrote a column about natural ways to protect yourself from Swine Flu and other viral infections. I included many preventive measures, but I didn’t have access to this brand new study:

A specific, beneficial bacteria known as Bacillus Coagulans (GBI-30) was administered to 10 healthy, middle-aged men and women. They were asked to take one capsule a day which contained 2 billion CFUs (colony forming units – a measure of the amount of friendly bacteria present). At the beginning and end of the trial, each participant had blood drawn. In each instance, their blood was put in a test tube and exposed to the influenza virus. The researchers then observed how the blood samples reacted in response to the virus before and after supplementing with Bacillus Coagulans. (3)

The post-experiment blood test revealed an improvement in immune function, as measured by T-cell and TNF-a production as a sresult of the probiotic supplementation. No adverse effects were noted in the volunteers. This led the authors to conclude that the “probiotic may be a safe and effective therapeutic option for enhancing T-cell response to certain viral tract infections”. 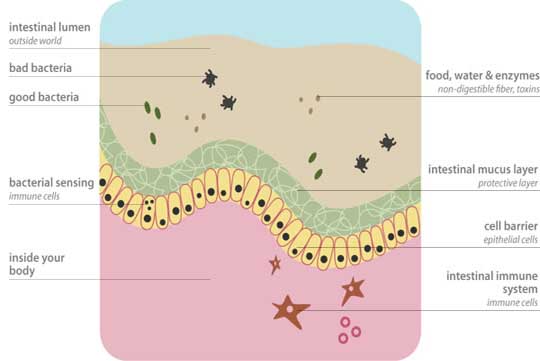 A new presentation at the annual American Geriatrics Society meeting disclosed data supporting the use of Vitamin E for those with Alzheimer’s disease. The use of alpha tocopherol (the most common form of supplemental Vitamin E) isn’t new. But there is much controversy as to whether this natural treatment is worthwhile. This new piece of evidence adds a significant chapter to the ongoing saga.

The excitement is based on information provided on 540 senior men and women receiving care at the Massachusetts General Hospital Memory Disorder Unit. All the patients were receiving conventional medical treatment (prescription medications), but 208 of them were also taking Vitamin E supplements. Another 177 patients were taking both Vitamin E and anti-inflammatory medications, which are also believed to benefit patients with Alzheimer’s disease. The dosage of Vitamin E used was quite broad, ranging from 200 IUs all the way up to 2,000 IUs. Most of the patients received the higher end of the spectrum, generally 800 – 1,000 IUs twice daily.

Every 6 months, the patients were evaluated based on mental function tests, inquiries and observations on how well they maintained normal daily functioning, including tasks such as dressing themselves and practicing “personal care”. The results were analyzed after a 3 year period. The lead researcher noted a “modest slowing of decline in function in those taking Vitamin E”. It was also concluded that the benefits of Vitamin E therapy appeared to increase with time. The patients taking the Vitamin E and the anti-inflammatory medications demonstrated an even greater benefit, suggesting a possible compounding effect when the two are taken together. (4)

I have more updates to bring to you tomorrow and plan to make this a regular part of the Healthy Fellow information exchange. I’ll also integrate these new findings into the older posts. So please be sure to use our “Search Function” to find all of the original and updated news.