The H1N1 Swine Flu virus is still at the top of the news in the USA and throughout the world. A few weeks ago I posted a column about several natural ways to support the body’s defenses against any type of viral infection. There was a tremendous response to that blog. So, I’ve been asked to provide a brief update on what’s currently known about the H1N1 virus. I’ll also add some information about another natural option that may offer additional protection against influenza.

But, I’d like to emphasize that we should not become consumed with worry about this current threat. The evidence simply does not justify that kind of reaction. But it is important to stay informed and do what you can to keep your immunity in tiptop shape. By combining a well conditioned immune system with common sense exposure prevention, the vast majority of us should be just fine.

The Bad News: The Centers for Disease Control (CDC) are reporting a higher than average incidence of “flu-like” symptoms turning up at doctors’ offices throughout the USA. Some of these infections have been caused by previously known varieties of the common flu. But, a significant amount of the detected viruses have been classified as “unsubtypable”. These cases are likely to be caused by this unique H1N1 virus. (1)

The Good News: The CDC believes that the mode of transmission for this novel virus is comparable to that of the common seasonal influenza – through the coughs and sneezes of those carrying the virus. Therefore, simply acting in a conscientious way can dramatically reduce the odds of passing along this sickness.

The Bad News: London-based scientists recently completed an inquiry into the “pattern of disease spread” and the genetic make up of the H1N1 Swine Flu virus. They determined that it may be similar to the flu pandemic of 1957, which resulted in mortality for approximately 2 million people worldwide. (2)

The Good News: Our ability to disseminate information and provide adequate health care has improved since then. For instance, anti-viral medications such as Tamiflu and Relenza, and the preventive measures I’ve mentioned were not widely available in the 1950’s. It’s also important to keep in mind that even the common variety flu is responsible for between 250,000 – 500,000 deaths per year. That statistic alone should give us a powerful incentive to strive to maintain optimal health in all circumstances. (3)

Symptoms to Look Out For: The most widely noted effects of this form of H1N1 include: body aches and chills, cough, diarrhea, fatigue, fever, headache, nausea, sore throat and vomiting. If you’re experiencing these types of symptoms, please contact your doctor immediately.

I strongly suggest that you consider the recommendations listed in my previous article on Swine Flu Prevention. To that list, you may want to add one more item: propolis. 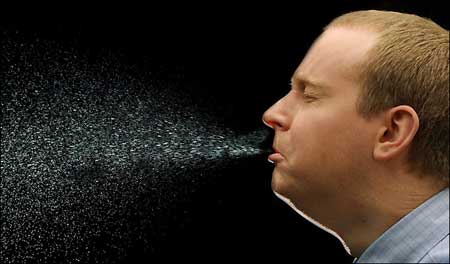 Propolis is a germicidal substance produced by bees to help form and maintain beehives. It possesses antiseptic and anti-inflammatory properties and has been used traditionally to battle all sorts of external and internal infections. Today you can find it in products intended to improve the appearance of the skin, the condition of teeth and gums and even help support wounds heal.

Recent research from the Kyushu University of Health and Welfare in Japan provides evidence that Brazilian propolis may be useful in dealing with influenza. A group of mice infected with the flu were administered propolis extracts three times a day for 7 days. The propolis extract reduced weight loss in the infected mice. It also diminished the viral count found in their lungs. The authors concluded that Brazilian propolis, “was indicated to possess anti-influenza virus activity and to ameliorate influenza symptoms in mice.” They went on to add that, “it may be a possible candidate for an anti-influenza dietary supplement for humans.” (4)

These results were bolstered by a 2007 Italian study which also found promising results with a propolis extract versus influenza. This was only a “test tube” experiment and should be considered preliminary to be sure. Still, it adds a bit of science to the long historical tradition of using this bee product to fend off illness. (5)

The fundamentals of staying well do not change over time. A threat like Swine Flu should simply serve as a reminder that we need to be extra vigilant in efforts to protect ourselves and others. The demonstrable truth is that if we care properly for ourselves, it will help those around us to also maintain their wellness. Think of it as a health-based way of “paying it forward”.