The most common form of vision loss associated with aging is called Age-Related Macular Degeneration (AMD). But like many other symptoms related to aging and genetic expression, the risk of encountering AMD can be reduced by adjusting one’s diet.

Several recent studies paint a clear picture about which dietary choices increase and reduce the risk of AMD. The newly released information is all the more important because of the discovery of a link between AMD and dementia/Alzheimer’s disease. (1) Both conditions share common risk factors such as cardiovascular disease and stroke, cigarette smoking and high blood pressure. 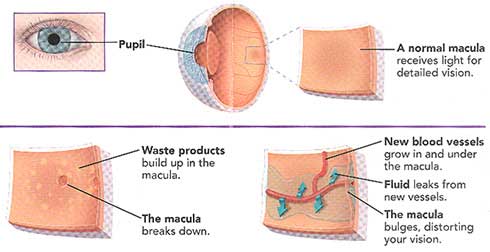 The first study from the University of Sydney, Australia followed more than 2,400 volunteers over the course of 10 years. Retinal photography was used as a guide to measure the progression of AMD. These tests were conducted at the 5 and 10 year mark. Food frequency questionnaires were also administered. Here are some of the most impressive findings of this study:

Another Australian study involving over 6,700 seniors found a strong association between the intake of trans fats (hydrogenated fats) and late AMD. Trans fats are most commonly found in processed foods containing margarine such as cakes, cookies, pastries and an assort ment of commercially produced “junk food”.

Once again, an inverse association was discovered between omega-3 fatty acids (found in fish as well as some seeds and nuts) and early AMD. Olive oil was also shown to provide a dramatically protective effect on the development of late AMD. (3)

The diets of the same group of seniors were assessed based on protein intake. The regular consumption of chicken (eaten more than 3 times per week) seemed to protect against late AMD. On the other hand, the ingestion of red and processed meat was linked to an increased likelihood of early AMD. (4)

In May 2009, a study was published in the journal Opthalmology which broadened the field of eye-friendly foods and nutrients. The following nutritional components were associated with a slowing of the progression of AMD: 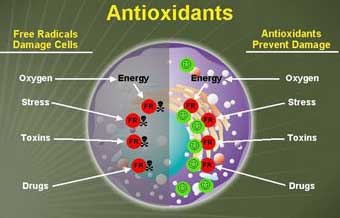 A low glycemic diet, low in sugar and rich in whole foods, is also advisable. The idea behind such a diet is to promote nutrient density and maintain more balanced blood sugar levels. (5)

When looking at all of the above information, it reminded me of a scientific study from 2007 which promoted the idea of cooking green leafy vegetables (a great source of lutein) in olive oil in order to enhance the absorption of lutein. This simple piece of advice alone could significantly aid those who are at risk for developing AMD. (6)

All of these dietary recommendations not only help promote ocular health , but are also heart healthy. This brings us back to the proposed connection between brain function, cardiovascular health and macular degeneration. This is a very common occurrence in natural medicine. A solution for one health problem sometimes improves other aspects of health.