Chew on this: When you’re stressed out or feeling less than mentally focused, you may just want to pop a piece of gum into your mouth. Over the past few years several scientific studies have all pointed to a very real psychological benefit derived from simply masticating repeatedly. 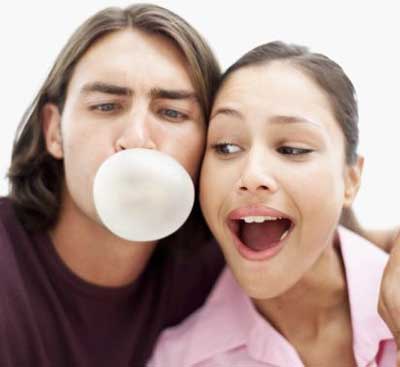 The upcoming June 2009 issue of Physiology and Behavior, details a trial that sought to investigate the effect of chewing gum on negative mood and stress hormone levels. 40 college-aged volunteers engaged in stressful “multi-tasking” exercises while chewing gum or not chewing gum. Before and after the stress provoking activities, the participants took several diagnostic tests that measured anxiety, mood and stress levels. Saliva samples were also taken in order to measure levels of cortisol, one of the primary stress hormones. (1)

The authors of the study theorized that improved blood flow and oxygen to the brain may be part of the reason for these positive changes in performance and psychological well being.

This next study enrolled two groups of Internet users. One set were regular “chewers”, which was defined as chewing gum a minimum of 4 days a week and at least 11 pieces of gum weekly. This included frequent gum use right up to the start of the study. The second set of volunteers chewed gum infrequently and had no gum for 7 days prior to beginning the experiment.

The State-Trait Anxiety Inventory (STAI) was used to determine any changes in levels of stress during the trials. Similar effects were found in both groups. When the participants chewed gum, their perception of stress dropped. When they abstained from gum chewing, they generally reported feeling less relaxed and more tense. But, more severe symptoms such as feeling “upset” or “frightened” were not improved by chewing gum. (2)

An April 2009 study conducted at the Cardiff University School of Psychology attempted to broaden the scope of gum chewing research. The volunteers were analyzed using two tests. One focused on mood and short-term memory. The other quantified mood, “delayed recall of information” and “intelligence”, using the Alice Heim Test. The researchers noted an improvement in test performance and increased alertness. However, there was no significant improvement in short or longer term memory recall.

The memory issue is still under evaluation. A recent study in the journal Neuroscience Letters utilized MRI testing to help explain this phenomenon. Images taken during memory tests in gum users indicate increased activity in key regions of the brain, such as the prefrontal cortex, hippocampus and the thalamus, that may “accelerate or recover the process of working memory”. (3)

The consistent effects of gum on mood may be related to both a drop in stress hormone levels, but could also be impacted by the effect of rhythmic gum chewing on serotonin availability in the brain. Serotonin is a chemical messenger that plays a major role in feelings of contentment, perception of pain and psychological stability. (4)

How Stress Impacts the Body 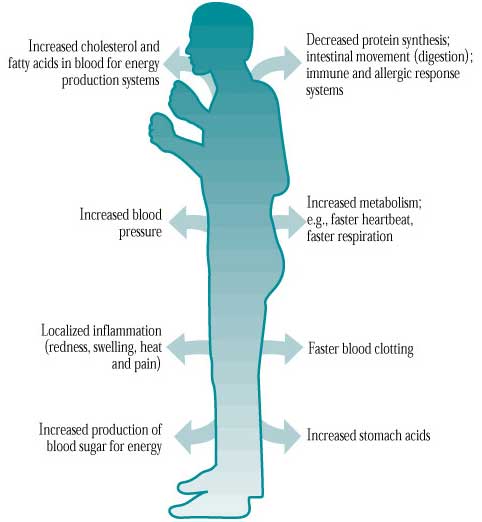 What’s also exciting about this rather obscure line of research is that science is now discovering how to use chewing most efficiently. One example was recently discovered at Tokyo’s Dental College. The researchers there found that, “the effect on stress release with fast chewing is greater than that of slow chewing”. (5)

Scientists are even experimenting with adding substances to gum to further improve mental performance. In April 2009, a study in the journal Human Psychopharmacology assessed the effects of caffeine-supplemented gum on parameters of alertness and focus. The gum used in the study contained 40mg of caffeine per piece.

I occasionally chew gum after meals in order to protect my teeth and gums and to freshen my breath. I use a xylitol sweetened gum, which is especially useful for conferring oral health benefits without raising blood sugar. Now that I’m more aware of the mental benefits of chewing, I’ll make sure to chew gum more often and faster!