New research has just emerged that warrants updates to three recent columns of mine. I intend to keep the information on this site as current as possible. In order to do so, I’ll regularly draw attention to breaking news that adds something important to previously discussed topics. I encourage you to check out the original posts, which I will link to, as well as the new material that’s being presented.

On April 6th, I wrote a piece about the use of broccoli sprouts to combat H. pylori infections and the associated risk of gastric cancer and stomach ulcers. A breaking study from the Beth Israel Medical Center and MIT (Massachusetts Institute of Technology) suggests another ally in this battle. 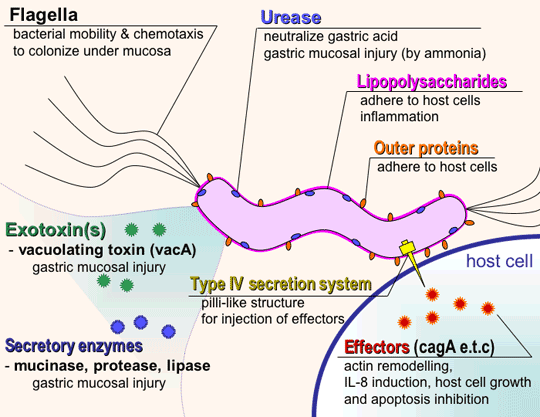 How H. Pylori Harms the Body

Glutamine is an amino acid (a component of protein) that is predominantly found in beef, chicken, dairy products, eggs and fish. For many years, supplemental forms of L-glutamine have been recommended to promote the integrity of the intestinal lining. However, this practice has remained on the fringe of science and isn’t regularly used by conventional doctors. That may change based on the following new findings:

At the end of the experiment, the researchers determined that the mice receiving the higher dosage of supplemental L-glutamine exhibited lower levels of inflammation. Intestinal inflammation (caused by H.pylori ammonia production) is a key process in the formation of both gastric cancer and stomach ulcers.

The lead author of the study, Dr. Susan Hagen, commented that, “Approximately 5.5 percent of the entire global cancer burden is attributed to H. pylori infection and, worldwide, over 900,000 new cases of gastric cancer develop each year. The possibility that an inexpensive, easy-to-use treatment could be used to modify the damaging effects of H. pylori infection warrants further study in clinical trials.” (1)

On January 5th, I wrote a piece about the use of meditation in children suffering from Attention Deficit/Hyperactivity Disorder. Fascinating new research was just presented in the Proceedings of the National Academy of Sciences that adds to the current understanding of how meditation affects the mind.

The current study builds upon prior experimentation conducted in 2007 at Oregon State University (OSU). Researchers from OSU had previously reported that a modernized version of traditional Chinese meditation could help students perform better on tests thanks to a decrease in stress hormone levels and a subsequent reduction in feelings of anger, anxiety, depression and fatigue. This modified form of meditation, known as “Integrative Body-Mind Training” (IBMT) outperformed basic relaxation exercises which were used as a comparison model.

IBMT differs from many other forms of meditation because it utilizes instruction from a specially trained coach. The participants do not try to control their own thoughts. Instead, the meditators simply adjust their breath and conjure mental images based on the instructors prompting. In addition, calming music is provided as backdrop for each session.

One very enticing feature about IBMT is that the benefits often become apparent within just 5 days of regular use. This can perhaps be explained by the current study that’s just become available online. In it, scientists determined that the benefits of this form of meditation appear to stem from several factors: a) alterations in breathing quality and heart activity; b) improved blood flow; c) “increased electrical activity in the brain” and; d) improved communication between key regions in the brain and the body’s central nervous system. (2) 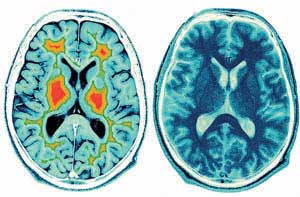 On April 22nd, I posted an article about the harmful effects that gluten (a protein in wheat) could have in some who suffer from mental and neurological disorders. While searching through the scientific literature, I came across a possible caveat to removing gluten from one’s diet.

First, a look at the new study published in the May issue of the British Journal of Nutrition: (3)

This is certainly cause for concern. I’ve written extensively about the positive role that friendly bacteria play in the maintenance and promotion of good mental and physical health. I think probiotics are a vital aspect of everyday and long-term wellness. But for those with celiac disease, they absolutely cannot and should not add glutenous grains back into their diet. The results would likely be disastrous.

A possible solution to this newly discovered problem would be to add dietary and supplemental sources of prebiotics and probiotics to one’s daily diet. This would allow for an increase in the number of health promoting microorganisms, a reduction in the proportion of harmful microbes and would not necessitate the inclusion of any form of contraindicated grain products.