Leukemia is a form of cancer that effects bone marrow, the soft tissue inside the bones that produces blood cells. People with leukemia manufacture large amounts of abnormal white blood cells (leukemia cells). These cells differ from standard white blood cells, which the body uses to combat infections. Leukemia cells overpopulate the marrow, and thereby limit the space in which normal blood cells would typically reside. These changes can lead to anemia, bleeding problems, increased risk of infection, pain and swelling in the lymph nodes and beyond, if the leukemia cells spread. 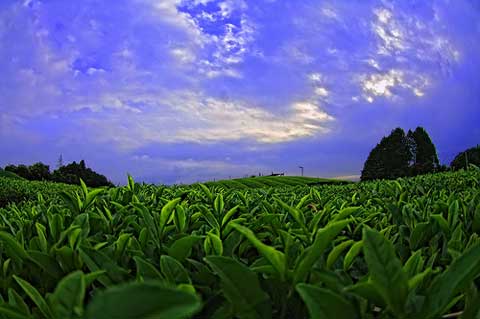 According to The Leukemia and Lymphoma Society estimates, over 138,000 new cases of leukemia were discovered in the USA in 2008. That accounts for nearly 10% of all the new cases of cancer diagnosed last year. The two most prevalent subtypes of leukemia are: acute lymphoblastic leukemia (ALL), which mostly affects children, and chronic lymphocytic leukemia (CLL) which is the most common form of leukemia in adults.

Chronic lymphocytic leukemia is either an aggressive or slowly progressing variety. Roughly half of those diagnosed with CLL have the aggressive form, which can lead to “early death”. The remainder of CLL patients are often assigned a course of “watchful waiting”. The idea is to wait until the disease progresses to a point where treatment is necessary. The participants in the following study fall into the latter group. In fact, all the study volunteers had not yet received any other form of treatment for CLL.

New research presented by the Mayo Clinic in the Journal of Clinical Oncology offers encouragement for patients with CLL. In the current study, 33 patients with CLL were given a concentrated and purified green tea extract in varying dosages (400mg-2,000mg, twice daily). The green tea extract used in the trial was standardized for a high percentage of EGCG (epigallocatechin gallate), a polyphenol (plant-based antioxidant) contained in green tea that appears to have strong chemoprotective (cancer fighting) activity in the body. (1)

The key findings of the study were as follows: a) all dosages of EGCG tested were well tolerated; b) the number of leukemia cells were reduced in 1/3 of the patients; c) 11 out of 12 participants with enlarged lymph nodes saw a 50% or larger reduction in node size. Because of these promising results, a new trial is already underway that will test a similar group of patients with only the highest dosage of EGCG (2,000 mg, two times a day). I’ll keep an eye out for the results of that study and will report on it once it has been published.

One of the most important aspects of this research is how it came to pass in the first place. In December of 2005, an online article appeared in the journal Leukemia Research. It reported on four patients with CLL that had taken it upon themselves to experiment with EGCG supplements. Their physicians at the Mayo Clinic College of Medicine took note of this and documented the resulting positive clinical response. These observations played a big role in establishing the above referenced scientifically controlled study. (2)

You may be wondering why these pioneering patients decided to experiment with green tea. I suspect it’s because they were staying abreast of the most cutting edge research published in a variety of medical journals. They may very well have encountered preliminary experiments that described green tea’s ability to combat leukemia in animals and human cell studies. (3,4,5)

In addition to laboratory evidence, there’s also been a consistent pattern found in population studies that reveals a protective effect of green tea consumption on leukemia risk. Many of these studies have focused on cultures that tend to drink copious amounts of green tea, such as China. (6,7) But a 2006 survey taken by patients based in New York discovered a similar connection between tea use and a reduction in leukemia occurrence. (8)

This leads me to wonder what the future might bring. One line of investigation that is currently under review at the Mayo Clinic and the M.D. Anderson Cancer Center is a combination of natural herbal extracts. Specifically, researchers are interested in the role that curcumin (a component of the spice turmeric) and EGCG may play in countering leukemia cells. As is often the case in nature, combining more than one healthy ingredient can result in a more powerful (synergistic) effect. (9,10)

This is the way that science works. Small pieces of the puzzle are gathered. Some of them fit and others prove to be useless. The important thing is that patients and scientists work together to help form the whole picture. By doing so, the likelihood and speed by which the mystery of illness is solved can only improve. This is the essence of “integrative medicine”, a philosophy I firmly believe in.