A few months ago I wrote a column about a relatively obscure sweetener known as luo han guo. It was of interest to me because it’s a natural, zero-calorie sweetener that doesn’t appear to impact blood sugar levels and may even possess some health promoting properties. The real question in my mind was how luo han guo compared to another similar sweetener called stevia. To that end, I did some very basic blood sugar testing on myself in order to compare how luo han guo and stevia affected me. 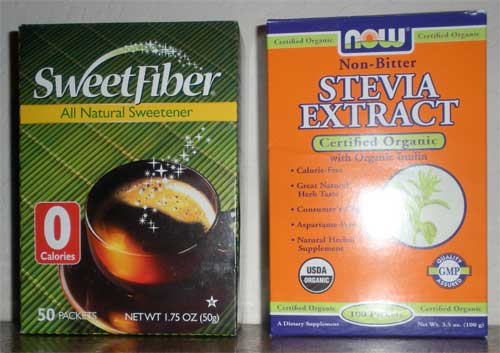 The first thing I did was to invest in a basic blood sugar monitoring kit. It includes the testing device, lancets and testing strips. Next, I set up a basic guideline for how I would test my blood sugar levels.

Please keep in mind that I plan to continue my sweetener testing. This is just a preliminary update on what I’ve found so far. In this initial stage of my experiment, I used two commercially available products. My goal was to select widely available items that were as similar to each other as possible. By that, I mean that a) both products provide a single, standardized serving in an individual packet and; b) each product utilizes the same base (inulin) for the respective sweeteners.

Please note that the actual amount of luo han guo and stevia used for sweetening is very small – usually about 100 mg per serving. Therefore, most manufacturers use a base/carrier in which they mix these alternative sweeteners so that they can be used just like regular table sugar – which contains about 4 grams of sucrose per teaspoon. 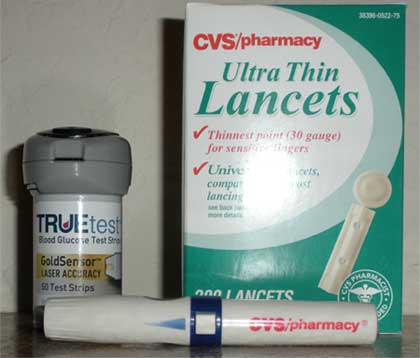 As you can see, both the luo han guo and stevia didn’t provoke a blood sugar spike (in me) one half hour post consumption. If anything, it could be said that black coffee and coffee + stevia *may* slightly lower (my) blood sugar. However, this change isn’t significant enough to have much relevance.

From a taste perspective, I felt as though stevia provided greater sweetness per packet than did the luo han guo product. I suspect that many people would need to add more than one packet per cup of coffee to reach a satisfactory level of sweetening effect.

In my next round of testing, I’ll evaluate my blood sugar response to pure luo han guo powder and pure stevia extract powder. I’ll also check to see what kind of an effect two packets of each sweetener will evoke. Please stay tuned for a follow up column that will be posted soon with those results.