Here’s an intriguing question. What’s it like to live the life of a child prodigy? How would being uncommonly brilliant shape the way you see the world? Would your life be filled with more love or simply the envy of others? This is an experience that most people will never understand. A Swiss film from 2006 called Vitus attempts to explore that very topic and more.

Vitus is the name of the young, title character in the film. At a very early age, his parents discover that he has an extremely refined intellect and a prodigious gift for both mathematics and playing the piano. From the moment of that realization, it shapes all of their lives for better and for worse. 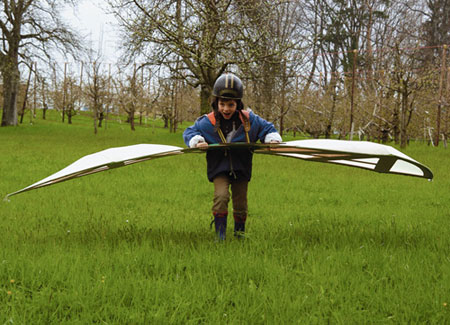 In an early scene in the film, Vitus’ mother is told that raising a special child is an incredible responsibility. These words are spoken by an older man who once yearned to be a pianist himself. He goes on to tell her that she not only owes it to her son to help him be the best he can be, but she also owes it to the institution of art. This lays the treacherous groundwork for the path upon which this young family embarks.

The one hold-out who doesn’t give much import to this genius status is the grandfather, played by the charming character actor Bruno Ganz. He’s the one pure soul in Vitus’ life, a genial madman with a gentle spirit. He’s the kind of guy who’s likely to embarrass you at a fancy dinner party, but that you love to hang around with when nobody’s watching. One example of his eccentric habits is writing love letters to beautiful women he’s encountered, but doesn’t know. He puts the anonymous love letters in an envelope, seals them, and then ties them to balloons before setting them free.

During a walk in the countryside, Ganz asks his grandson some questions about what he truly wants to do with his life, “Bat scientist? Architect? Chemist? Don’t you fancy any of these?” Vitus answers ‘no’. “What about a banker? Taxi driver? Pilot?! Maybe a butcher? Vet? Surgeon? You’re a hopeless case!” Vitus simply replies, “I’d like to be someone else”. His grandpa gently inquires, “Like who, for example?”. Vitus’ solemn reply: “I don’t know. Whoever. Just normal”. His grandfather smiles, “As normal as me?”. Vitus counters with the benign directness that only a child can, “No, more normal”.

As the years progress, the pressure continues to build on both Vitus and his parents. It comes to a head when he is taken to meet a master pianist who is considering taking him on as a pupil. When Vitus is asked to play a piece of music for this grand dame of music, he turns the tables and demands that she play for him. He wants to know if this living legend is worthy of being his teacher. This is his way of pushing back against his mother’s will for him.

All of this is handled with a delicate and nuanced touch. I was dutifully involved in the story up to this point. The film was holding my attention and I bought the general trajectory of the story. Then, it got even better. What can a young child do to escape a life that his heart has chosen to reject? In Vitus’ case, he decides to instigate an accident that leaves him with a concussion. When he comes to, it appears that he’s lost his inborn genius. There’s no medically observable brain damage, but he can longer play like a virtuoso or think like a young man with an IQ of 180.

Just as I was becoming completely enthralled in the story, it slowly started to lose me at about the mid-way mark. The second half of the film interjects a new sub-plot which is, frankly, a bit preposterous. It involves Vitus’ father’s ailing business venture, and how Vitus attempts to make things right for his family, all while keeping his true mental abilities a secret. It’s as if the filmmakers didn’t believe the core of the story was powerful enough to sustain the viewers’ interest. What a disappointment!

After watching the first hour of the film, I was fully prepared to write a glowing review, but could not follow through. However, I won’t leave things on a completely sour note. The let down of this film reminded me a much better motion picture that dealt with a similar subject matter called, Searching for Bobby Fischer. That particular movie was based on a true story about a chess prodigy. The fact that Bobby Fischer was based on actual events may have something to do with the authenticity of the film that I found lacking in Vitus.

Vitus is Rated PG and is suitable family fare for almost all ages. It contains a few profanities and “mild thematic material” involving conflict between family members. Searching for Bobby Fischer is also Rated PG for similar reservations. They’re both available on DVD and I strongly recommend the latter.