Rosemary and Thyme for Brain Health

The next time you grill some rosemary chicken or make a pot of Boston clam chowder with thyme, keep in mind that these fragrant herbs may be doing a lot more for your health than simply stimulating your taste buds. Recent scientific research is providing evidence that Rosmarinus officinalis and Thymus vulgaris may in fact shield us from some of the common ills that affect both the body and mind. In conducting today’s research, I was pleasantly surprised to find that these unassuming and ubiquitous herbs show a great potential impact on brain health and function. 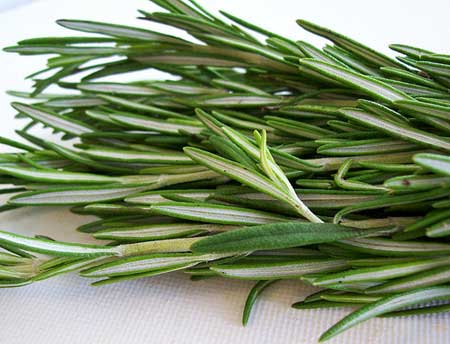 A Brazilian study published in June 2009 uncovered an antidepressant effect of a rosemary extract applied to two behavioral models in mice. The authors of the research determined that rosemary positively interacted with the monoaminergic system in the brains of the test animals. The monoaminergic system focuses on several neurotransmitters (chemical messengers in the brain) such as dopamine, norepinephrine and serotonin. (1) All three of these substances can be lacking in individuals who suffer from depression. In addition, two recent human studies also demonstrated an anti-anxiety and fatigue reducing effect in participants utilizing rosemary essential oil as a form of aromatherapy. (2,3)

Some fascinating research presented in the British Journal Nutrition found a rather unique way in which thyme may also support brain health. In this experiment, one group of rats was given a thyme supplement and another group was used as control. The control group did not receive any supplementation. After the completion of the study, the researchers analyzed the rats’ brains to determine whether the thyme supplementation provoked any negative or positive changes. It was found that the levels of antioxidants in the brains of the mice receiving thyme were comparable to antioxidant levels of much younger mice. An even more surprising finding was that the levels of certain healthy fats, such as omega-3 fatty acids (found in fish oil), were significantly higher in the thyme supplemented animals. (4) These findings are further supported by a similar study conducted just one year prior. (5) This research is significant because omega-3 status is thought to protect age-related cognitive function and healthy mood states that often suffer with escalating age.

Without a properly functioning circulatory system, one can’t expect to be mentally sharp. One of the primary reasons why cognitive abilities decline with age is because of reduced blood flow to the brain. It appears that both rosemary and thyme may be viable, dietary tools in combating this unwanted occurrence.

A 2008 study appearing in the journal Thrombosis Research determined that the addition of 5% of either rosemary or thyme could mitigate the ill effects of a “Western-style high-fat diet” in a group of mice that was examined for 12 weeks. The authors theorized that the benefits were the result of positive changes relating to the “inhibition of platelets and stimulation of endothelial cells”. It’s important to note that these desirable circulatory changes occurred without increasing the risk of bleeding issues, such as those that are sometimes found with synthetic blood thinning medications. (6,7)

In closing, I’d like to share a simple recipe that is a delicious way to incorporate some fresh rosemary and thyme into your diet. It’s one of my favorite low carbohydrate pizza alternatives. 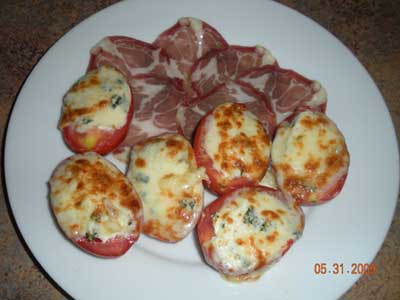 Start by cutting the tomatoes in half and scooping out the insides (all the seeds and liquid). Allow the cream cheese and goat cheese to come to room temperature. Finely mince the rosemary, shallots and thyme and mix into the softened cream and goat cheese. Fill the hollowed out tomato halves and add sea salt to taste. Then, top the filled halves with a slice of the provolone cheese. Place the “gondolas” on a baking sheet under the broiler for several minutes. Keep a close eye on them. Remove once the cheese starts to bubble and a light brown crust forms on the provolone.

These Italian treats can be used as an appetizer or even as a main course. You can make this a more substantial dish by including some pepperoni or sausage to the stuffing mixture. Try adding basil or olives to the cheese mixture too. Anything that would taste good on a pizza will work just fine. Serve this with a fresh side salad or a succulent cut of meat, and you’re ready to go.


17 Comments & Updates to “Rosemary and Thyme for Brain Health”