This site is all about providing information about safe(r) and viable alternatives to conventional treatments. Although I understand that some of the data presented here could be considered controversial, that’s not my intention. In fact, I try not to factor that in at all when writing these columns. My sincere intent is to allow for the scientific research to dictate which items I cover. I do, however, make a conscious effort to find material that is unlikely to get much attention from the “traditional medical establishment”. By presenting such data, I hope to assist readers in making a more informed decision as to how to best formulate a wellness program. 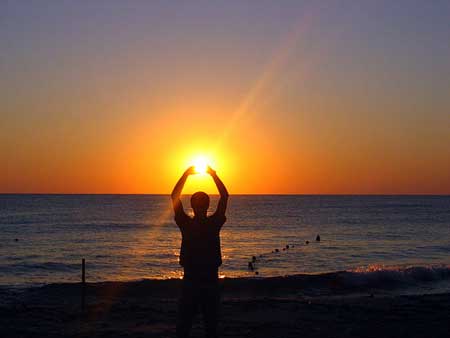 Today I’m going to update three prior topics that can profoundly impact both physical health and quality of life. I encourage you to refer back to the original blogs in which I first discussed these health issues so that you can hopefully benefit from that research as well.

On February 4th I posted an article about a Natural Alternative to Viagra. A new study just published in the journal Psychotherapy and Psychosomatics points to another non-prescriptive approach to addressing this common problem.

A group of Italian scientists have discovered a possible link between excessive daytime melatonin levels and male sexual dysfunction. Melatonin is a hormone produced by the pineal gland of the brain, typically released at night when in a dark environment. Its primary purpose is to aid in falling and staying asleep. The trouble is that melatonin can also increase the levels of another hormone called prolactin, which can lower libido. (1,2)

9 middle-aged men with “non-organic sexual dysfunction” participated in an experiment to test the effects of “bright light therapy”. All of the volunteers were deemed to suffer from either hypoactive sexual desire disorder, sexual arousal disorder or orgasmic disorder not stemming from the use of medication or due to any physical or psychological conditions.

The group of men were split into two. One set received 30 minute daily exposure to “active light treatment” (ALT) and the other received a “placebo light treatment” first thing in the morning. The difference between the two forms of light is that the “active light” used an ultraviolet filter and the “placebo light” used a neutral filter, which significantly reduces the light intensity. A standardized questionnaire was provided prior to the course of light exposure and after the 2 week treatment period to assess self reported changes in sexual desire and function.

At the conclusion of the experiment, 3 of the 5 patients receiving the ALT improved enough to no longer be classified as having a sexual disorder. All 4 of the participants that received the placebo light showed no signs of benefit. These preliminary results are likely to instigate a larger study that will attempt to replicate said positive effects of light therapy on primary sexual dysfunction. I’ll keep you posted on any future developments as they become available.

An interesting trial was published in the newest issue of the Archives of Internal Medicine. It evaluated the effects of a low-carbohydrate diet (LCD) vs. a high-carbohydrate diet (HCD) in relation to both weight loss and cardiovascular risk factors. The twist in this study is that the low carb diet was vegetarian. This is unique in that most carb restricted diets include plentiful amounts of dairy, eggs and meat. (3)

The LCD was comprised of 26% carbohydrates, 31% protein and 43% fat. The source for these macro-nutrients was described as coming from “gluten, soy, nuts, fruit, vegetables and vegetable oil”. The HCD contained 58% carbohydrates, 16% protein and 25% fat and included some low-fat dairy and egg products.

A total 47 male and female volunteers took part in the experiment. They were all classified as being overweight and hyperlipidemic (having high cholesterol). The duration of diet was 4 weeks. Here’s what the researchers found in their post-study analysis.

The alterations in heart disease markers related to reductions in LDL (“bad”) and total cholesterol, apolipoprotein B and the lowering of diastolic and systolic blood pressure. This led the authors of the study to conclude that, “A low-carbohydrate, plant based diet has lipid lowering advantages over a high-carbohydrate, low-fat weight-loss diet in improving heart disease risk factors not seen with conventional low-fat diets with animal products.”

Two other recent studies help to dispel a few common misconceptions about carbohydrate restricted diets (CRD). The first study from April 2009 counters the claim that CRDs are very difficult to stick to and lead to a diminished quality of life. In that research, the effects of a CRD and low-fat diet were studied for 24 weeks in a group of 119 overweight men and women. The results of that trial indicate that the low carb diet improved “health related quality of life” to a greater extent than did the low fat diet. In particular, diet satisfaction and emotional and mental health scores were superior in the carb restricted individuals. (4)

The last low-carb study I want to draw attention to is a trial that examined the effects of a ketogenic (very low-carb) diet in a group of patients with irritable bowel syndrome (IBS). This study is significant because there is the perception out there that this kind of diet impedes digestive health. The results of a recent study by the Division of Gastroenterology and Hepatology at the University of Colorado Denver simply does not support that assertion.

13 patients with moderate to severe IBS followed a ketogenic diet (with less than 20 grams of carbohydrates per day) for 4 weeks. 10 of the 13 (77%) were confirmed as demonstrating “adequate relief” from their typical symptoms such as abdominal pain, diarrhea and quality of life. (5)

Finally, I’d like to briefly mention a June 2009 study that supports the notion that frequent coffee consumption may protect against a deadly form of liver cancer. But once again, there’s an unexpected twist in the data. It turns out that the highly respected cancer fighter, green tea, does not appear to provide the same effect. (6)

The aim of this Japanese study was to determine whether regular coffee or green tea consumption showed any benefit in preventing hepatitis induced liver cancer. The health records of almost 19,000 men and women were examined. When the cases of liver cancer were closely analyzed, it was determined that those who drank the greatest amount of coffee (3 cups a day or more) had the lowest risk of liver cancer, regardless of their hepatitis status. No discernible benefit was documented for regular green tea drinkers.

I hope that today’s updates will add to your understanding of these health issues and possibly expand your list of options to address such concerns. If you happen to come across any interesting research on these or other conditions that you think I should add to this site, please let me know. I truly want to make our information database as complete as possible.