It is estimated that approximately 1/3 of all cases of infertility are due to issues relating to the male reproductive process. In recent months, several important developments have been reported in scientific literature that may help improve male fertility. As is often the case, both body and mind play a role. But best of all, these proposed remedies are all natural and relatively inexpensive. 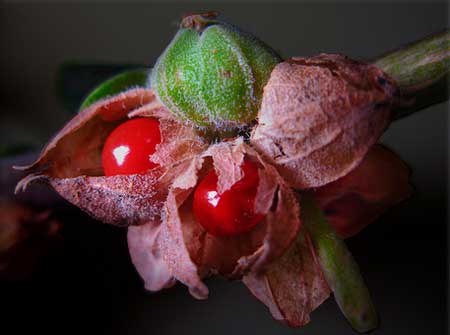 Stress is an inevitable part of every day life. But new research from the University of California, Berkeley offers one more reason for men to better manage it. When stress hormones, such as cortisol, increase in the male body, it leads to a subsequent decrease in another hormone called gonadotropin releasing hormone (GnRH). GnRH is made in a part of the brain called the hypothalamus, and it plays a role in the production of key hormones (luteinizing hormone and follicle-stimulating hormone) that can affect the quality and quantity of sperm. This stress/fertility link has been fairly well established in years past. (1,2,3)

Now, scientists have discovered another way by which stress can negatively impact male reproductive health. It appears that glucocortiocoids (stress hormones) also instigate the manufacture of a substance called gonadotropin inhibitory hormone (GnIH). This alteration in brain chemistry encourages a further decline in GnRH and the sex hormones necessary for proper sperm activity and production. Another consequence is a decline in sex drive caused by a drop in testosterone levels. (4)

As you can imagine, medications to address this new finding will shortly be in the works. But there’s no need to wait around for them to be developed. Start practicing stress management ASAP. A variety of mind-body approaches such as deep breathing, exercising, guided imagery, laughter therapy, massage and meditation are great places to start. But there are also certain nutritional supplements that can help address the problem of elevated stress hormones. I’ll discuss one of them next.

A study published in June 2009 demonstrated an encouraging effect of an herbal extract called Withania somnifera. This herb goes by the common name of Ashwagandha. It plays a major role in Ayurveda, the Indian healing tradition. Ashwagandha seems to address various problems associated with male infertility. Namely, it is believed to provide a stress-modulating effect, a boost in antioxidant protection and a favorable shift in sex hormone levels. The issue of antioxidants in fertility will be further addressed later in this column.

In this current experiment, 75 infertile men had blood drawn prior to and after receiving an Ashwagandha supplement. Levels of antioxidants, sperm count and quality and various hormones were tested. The results of the before and after analysis indicated that the men showed an improved antioxidant status (in blood and semen), an increase in sperm count and motility, and a beneficial rise in testosterone and luteinizing hormone levels. The authors of the research commented that these were all “good indicators of semen quality”. (5) The issue of stress reduction was not specifically addressed in this trial. However, prior inquiries support the adaptogenic activity of Ashwagandha which may help to promote healthier stress levels. (6,7,8)

The antioxidant aspect of male fertility may be equally important. Modern living exposes us to many chemical insults. One example is direct and indirect exposure to cigarette smoke. (9,10,11) Fortunately, men can help protect themselves by eating a diet that’s rich in antioxidants and judiciously utilizing select nutritional supplements.

Coenzyme Q10 (CoQ10) is one example of an antioxidant that may be worth taking as a supplement. A new study appearing in the Journal of Urology studied the effects of CoQ10 because higher levels of oxidative stress are associated with poor sperm quality. It’s also been noted in the past few decades that CoQ10 is present in semenal fluid.

212 men suffering from infertility were given 300 mg a day of CoQ10 or a placebo for a total of 26 weeks. The portion of the group receiving CoQ10 exhibited several key benefits, a) improved sperm density and motility; b) an increase in sperm count and number of normally shaped sperm; and c) an improvement in “acrosome reaction”, which plays a role in the ability of sperm to penetrate and fertilize eggs. (12) These results are supported by several previous inquiries into the role that CoQ10 may play in promoting male reproductive health. (13,14,15)

Other antioxidants commonly found in foods such as onions (quercetin), pomegranates (ellagic acid), red wine (resveratrol) and many others may also support the viability of semen. (16,17,18) Apart from eating a healthy, whole food based diet, it may also be wise to take a high potency multivitamin/mineral to help ensure that you’re not deficient in vital nutrients such as selenium, Vitamin B12 and zinc which all appear to afford additional support. (19,20,21)

There are many factors that can contribute to fertility problems in both men and women. Stress and oxidative damage are but two of the culprits. Incorporating these natural remedies into your daily routine won’t guarantee a successful pregnancy, but they may help to address important roadblocks that could be forestalling this natural process from taking place.