Lots of people become frustrated when trying to interpret nutritional information. One day the news will report that eggs are dangerous and should be eaten only on rare occasions. A few months later, the headline will read that eggs can actually promote good health when eaten daily. This same type of back and forth can be found in most aspects of diet and lifestyle modification. The way to deal with conflicting data is either examine them closely or seek out those who make it their business to do the detective work for you. By following either of these tactics, the mystery surrounding the debate about what’s healthy and what’s not becomes much more manageable and, in turn, will make you a nutritional insider. 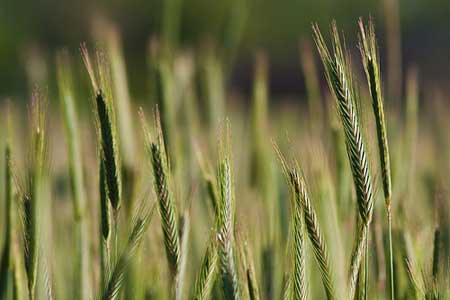 Today I’ll take a look at two stories that are currently in the news. They both challenge certain assumptions many people have about how specific foods impact wellness. I hope that the way that I approach these issues will illustrate one possible model for interpreting nutritional studies in general.

A trial published in the June 16th issue of the Nutrition Journal makes a rather shocking claim: Whole grain bread is no better than processed “white bread” in terms of promoting healthy blood sugar levels. This goes against the modern wisdom promoted by most conventional and many naturopathic doctors and nutritionists. Generally speaking, the view is that the higher levels of fiber, nutrients and phytochemicals found in whole grains help promote more stable blood sugar levels. Larger quantities of these substances are also widely believed to support cardiovascular, digestive health and good health in general.

In this study, ten healthy volunteers ate 150 grams of “white wheat bread” or “whole-meal rye bread” on different days. Blood sugar levels and “gastic emptying” (the rate by which the respective breads were processed in the digestive system) was measured first thing in the morning and after an overnight fasting period. Blood tests monitored glucose variations before and after each challenge, and the gastric emptying rate (GER) was determined by the use of a form of ultrasound technology. (1)

The composition of the rye and white breads was as follows:

The surprise that the researchers uncovered is that “no statistically significant difference was found between the GER values or the blood glucose levels following the two meals”. They went on to comment that, “Our hypothesis was that dietary fibre would lower the postprandial blood glucose response, in comparison with the reference meal, due to delayed gastric emptying. We were not able to verify this hypothesis.”

I’m really not a big fan of bread or flour-based products in general, even if they’re made of whole grains. I think they can often promote an unhealthy rise in blood sugar and appear to carry a rather significant risk of allergic reactions and digestive complications. (2,3,4,5,6) Having said that, I’m not prepared to accept the current proposal that more heavily processed grains are equivalent to whole grains which are left relatively intact. There’s simply too much evidence to suggest otherwise. In fact, a study released in the May edition of the European Journal of Nutrition demonstrated that rye bran helped to manage post-meal blood sugar better than oats (which contains less fiber). (7)

I am, however, thrilled to find a study like this because it affords us all an opportunity to perform a similar test on ourselves. If you regularly consume whole grain foods, test your blood sugar to make sure that they’re having the desired effect on you. Don’t just assume that they’re doing well for you just because that’s the current dogma. You may be surprised by what you find. If the results of your personal testing come back with your expected conclusion, then you know that you can safely disregard this most recent study. If not, then this is your chance to make a dietary change for the better. 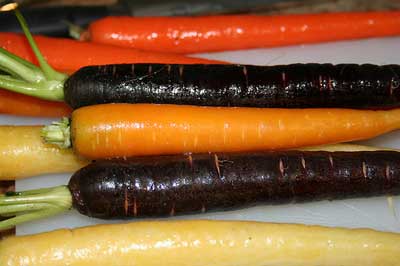 Another recent study in the British Journal of Nutrition determined that there wasn’t a statistically significant difference in antioxidant levels in organically grown and conventionally grown carrots. In addition, the same researchers tested to see if the consumption of blanched organic or conventional carrots (200 grams per day for 2 weeks) would enhance antioxidant quantities or immune function in a group of 36 male volunteers. To the shock of many, the scientists determined that neither form of carrot significantly increased the levels of antioxidants, protected against DNA damage or demonstrably improved immunity. (8)

But by looking closely at the details of the research, I found that there were slightly higher levels of antioxidants present in the organic vs the conventional carrots:

Speaking of carrots, if you really want to get the most out of them, take the advice given by scientists at Newcastle University. Cook your carrots whole before cutting them. If you cut your carrots prior to boiling them, not only won’t they taste as good, but you’ll lose about 25% of their antioxidant properties. The taste claim was evidenced by a “blind taste test” conducted in almost 100 people using whole boiled carrots or cut boiled carrots. 80% of the participants preferred the taste of the whole boiled variety better. (12)

This is yet another example of the advantage of getting inside an experiment to ferret out the details. By doing so, you can accurately assess whether or not buying organic carrots is worthwhile for you. You’ll also have a better basis for determining how and whether you want to incorporate carrots in your diet. The answers to such questions aren’t always as straightforward as the media presents them. But by embracing the complexity for these health subjects, you can more fully benefit from what the science is really trying to tell us.