Poor balance is a leading cause of disability and infirmity in the elder population. If you aren’t a part of that age group yet, please don’t tune out. The Feldenkrais Method is a unique mind-body technique that helps to improve balance, but, may also help a wide range of other conditions, including chronic pain, depression, eating disorders, fibromyalgia and, even, multiple sclerosis. 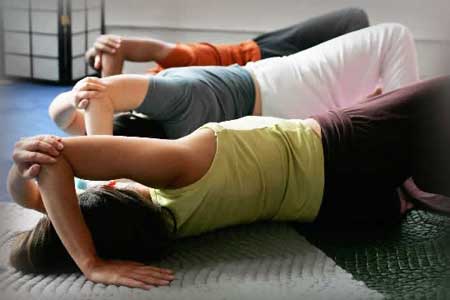 The Feldenkrais Method was developed by a Ukrainian physicist and Judo expert named Dr. Moshe Feldenkrais. His intent was to create a form of physical therapy that thoroughly explored the connection between the mind and body. By establishing better awareness of the communication that occurs between the brain and physical movement, he believed that issues relating to disability, pain and even certain psychological impairments could be improved.

The actual exercises, sometimes referred to as “Awareness Through Movement”, are typically carried out in a group setting. The instructors guide a series of movements with verbal cues and occasionally by supporting motions with a hands-on approach. The combination of these three sensory techniques (sight, tactile guidance and verbal prompts) assists the students to connect with fundamental movements in a simple, yet profound way. The mind-body connection that ensues is part of the reason why many actors and dancers utilize the Feldenkrais Method to improve upon their craft and presentation.

A study of the Feldenkrais Method (FM) was just published today in the journal Evidence-based Complementary and Alternative Medicine. It examined the effects of FM in a group of 26 seniors with an average age of 75. 36 seniors additional seniors were recruited as an inactive “control group”. (1)

The 26 participants in the treatment group engaged in twice-weekly Feldenkrais classes that were specifically tailored to address balance issues. The combination of exercises was named “Getting Grounded Gracefully” and lasted a total of 10 weeks. An “activities specific” questionnaire, a physical test knows as the Four Square Step Test (FSST), and “self-selected gait speed” (walking speed) were assessed before and after the trial.

All measures of balance and mobility were improved in the Feldenkrais treatment group. In addition, most of the active participants noted benefits with regard to body image and a greater ability to engage in everyday activities, such as walking pets and climbing slopes.

Another trial published in January tested the exact same Feldenkrais balance program on a group of 55 senior volunteers. Half of the participants adopted a twice-weekly FM practice for an 8 week period. The remainder continued with their typical daily activities. This study demonstrated a lower likelihood of falls (based on the Modified Falls Efficacy Scale) and improvements in two performance measurements that tested mobility and speed of movement. Another positive finding was that “class attendance” was very high (88%), and survey results indicated excellent satisfaction among participants. (2)

FM appears to be well suited for issues relating to pain management. A 2002 study found that 78 men and women with “non-specific musculoskeletal pain disorders” exhibited greater relief when utilizing the Feldenkrais Method as opposed to “conventional physiotherapy”. Another advantage was that the benefits of FM appeared to extend well beyond the treatment period as indicated by a one year follow up exam. Also, mental aspects of the post trial quality of life testing indicated a significant psychological advantage over conventional treatment. (3) A recent review article in the journal Disability and Rehabilitation included FM and other “body awareness therapies” as seemingly cost effective ways of increasing health-related quality of life in those with chronic pain conditions such as fibromyalgia. (4) 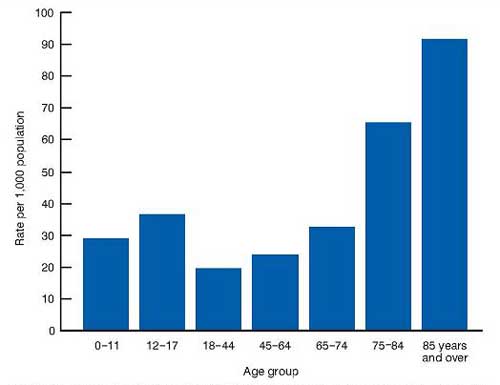 Falling Accidents in the US Population at Large

Finding non-toxic and empowering methods to address mental health disorders should be a goal of all medical models. The Feldenkrais Method may be one way of helping those who struggle with psychological issues. The evidence for this can be found in several seemingly unrelated studies.

I think there’s something powerful about directing attention to the inner workings and interactions of the body and mind. This is an area that is commonly glossed over in our busy lives. There are simply too many other distractions that seem to divert our attention. Changing that dynamic may afford a powerful tool in reclaiming various aspects of health and untapped quality of life.


13 Comments & Updates to “The Feldenkrais Method”