I’ve noticed that some people tend to compartmentalize their health conditions. Doctors and lay people alike often think about organs and systems in isolation. It’s not uncommon for someone to identify the status of their health by mentioning a particular condition, such as diabetes or heart disease. But the truth is that any serious health concern or collection of symptoms is almost always influenced by seemingly unrelated conditions. This concept is widely embraced in the holistic community but has gained slower acceptance in the allopathic medical establishment. Regardless of what kind of doctor treats you, I think it’s important to emphasize the subtle links between body systems. Today, I’ll illustrate an example by connecting the dots among several separate news items. 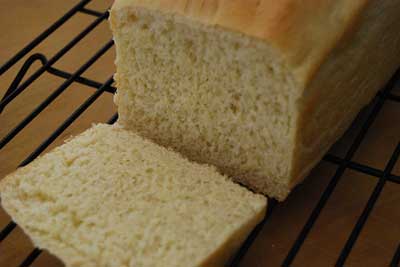 Before I get into the meat of the research, I want to state my point of view bluntly: If you exhibit blood sugar irregularities, do not eat a fairly nutritious diet and lead a pretty inactive existence … you’re almost certainly contributing to your risk of both age-related dementia and heart disease. Or, you can look at things from another perspective: If you proactively control your blood sugar, eat a primarily whole food/antioxidant rich diet and make physical activity a priority, you’re much less likely to suffer from cardiovascular complications and premature cognitive decline. Several new studies support this theory:

First let’s take a look at the diet side of things. A recent trial published in the Journal of the American College of Cardiology details how higher carbohydrate foods damage cardiovascular health. The study was conducted on 56 healthy, middle-aged men and women. This group consumed one of four breakfasts on separate occasions: a) a bowl of corn flakes with milk; b) a serving of high-fiber cereal “bran flakes” with milk; c) a glucose/sugar beverage; and d) a glass of water as a control/placebo. The study lasted 4 weeks. A diagnostic tool called “brachial reactive testing” was utilized to determine the relative blood flow in the volunteers’ arms before and after eating.

The results of the testing surprised even the researchers: every type of carbohydrate-rich food/drink caused an impairment in blood flow except for the placebo/water. It’s important to note that all the test subjects began the study with comparable circulatory measurements. Therefore, it can be safely assumed that the dietary challenge brought about this unwanted change.

One of the study’s authors, Dr. Michael Schecter, commented that, “doctors know that high glycemic foods rapidly increase blood sugar. Those who binge on these foods have a greater chance of sudden death from heart attack. Our research connects the dots, showing the link between diet and what’s happening in real time in the arteries.” (1)

In July, a review article will appear in the American Journal of Geriatric Psychiatry. The meta-analysis focuses on 15 studies that examine the role that alcohol plays in the development of Alzheimer’s Disease, dementia and vascular dementia. Vascular dementia is a form of dementia that occurs gradually, often times as a result of several “mini-strokes”. The blockage of blood vessels in the brain is key to the advancement of this and other forms of cognitive decline.

In total, over 36,000 seniors were analyzed in this review. Here’s what the scientists determined:

The authors of the study concluded that, “alcohol drinkers in late life have reduced risk of dementia”. (2) Part of the benefits noted may be due to increased resveratrol intake. In May 2009, a study appeared in the journal Atherosclerosis that suggested that this red wine molecule (resveratrol) may be a natural way to “prevent and treat CVD (cardiovascular disease)”. (3)

Now let’s examine the second piece of the brain/heart connection. Scientists from the Queensland Brain Institute just presented a paper that appeared in the journal Stem Cells. It proclaims that exercising moderately is a way to increase neurons in aging brains. Neurons are brain cells that decline with age and contribute to many of the “senior moments” we all wish to avoid.

The really good news about this research is that it illustrates that exercise needn’t be elaborate nor overly strenuous in order to provide cerebral benefits. In fact, this current data was collected from laboratory animals that engaged in voluntary exercise, as compared to animals that didn’t. Those that exercised were found to have significantly higher levels of neural stem cells than their inactive counterparts. It is believed that this protection and regeneration of neurons is a direct consequence of greater growth hormone production brought about by exercise. (4) 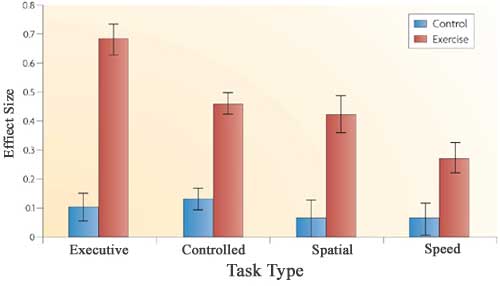 More support for exercise and brain protection comes in the form of a study in the American Journal of Neuroradiology. Researchers from the Chapel Hill School of Medicine performed a type of MRI (magnetic resonance angiography) on 14 healthy seniors – 7 men and 7 women. This specific type of testing gives an accurate picture of the blood vessels present in the brain. The group of seniors was divided into two sections, based on their activity levels during the prior decade. The “active” section included individuals that exercised at least 3 hours every week over the past 10 years. The “inactive” section engaged in less than 90 minutes of exercise weekly.

When the researchers performed the magnetic resonance testing on the two sections, they discovered that the frequent exercisers had younger looking blood vessels. Their vessels were smaller in diameter and less “twisty” than in the section of inactive seniors. Thicker and “tortuous” blood vessels are often found in aged brains as a result of blood “vessel elongation and wider expansion curves”. In essence, the imaging provides proof positive that aging brains can stay younger by staying physically fit. (6)

Avoiding high glycemic carbohydrates, drinking reasonable amounts of alcohol (especially red wine) and exercising are useful strategies for protecting against the vast majority of conditions that affect modern man: arthritis, cancer, dementia, diabetes, heart disease and strokes, macular degeneration, obesity, osteoporosis and more. If we simply focus on the fundamentals that promote general wellness, we can profoundly protect ourselves from most of the ills that statistics tell us to worry about.