I believe there are several core principles to eating a healthy diet. One of the easiest guidelines to remember is “eat like the rainbow”. The naturally occurring pigments that produce the emerald greens in kale and spinach, the deep blues and purple in berries and the vibrant reds in cherries and tomatoes all possess a broad spectrum of health benefits. Now is the perfect time of year to enjoy the wealth of colors that nature provides. Another reason to include more of these foods in your diet is that science is continuing to find additional reasons to do so. 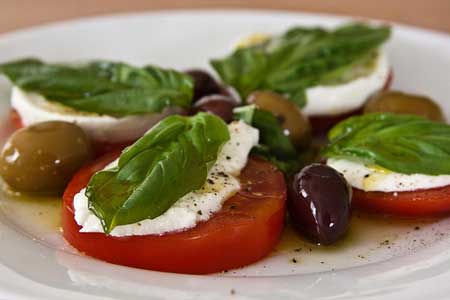 Breast and prostate cancer are two diseases that none of us want to think about but we all must. The impact of these two malignancies is so great that they’ve become deeply ingrained in our social culture, while playing major roles in the modern medical system. Being aware of the risk is undeniably important, but taking steps to try to avoid these diseases is not emphasized nearly enough. This is something that a grass-roots effort can help to change.

A study published in the July edition of the American Journal of Clinical Nutrition provides a clue about how diet can play a role in reducing the risk of breast cancer. In this population study, over 5,400 postmenopausal women had their blood tested for a variety of antioxidants. The researchers discovered that the women who had the highest levels of alpha carotene and beta carotene were much less likely to develop invasive breast cancer. Good sources of these carotenoids are avocados, cantaloupe, carrots, green beans, sweet potatoes and swiss chard. The authors of this study concluded that this trial, “adds to the evidence of an inverse association of specific carotenoids with breast cancer”. (1)

An odd finding in this current analysis is that a specific carotenoid called lycopene was found to have a positive association with breast cancer. This result is at odds with many other studies published in recent years and, therefore, should be carefully evaluated in further research prior to assigning much importance to it. (2,3,4)

I have a theory about why this study came up with these unexpected findings about lycopene. The most common food sources of this tomato-based antioxidant are ketchup and tomato sauce. The types of foods that generally contain these forms of tomato are fast food hamburgers, fries and white flour pasta and pizza. Therefore, it’s no wonder that a greater risk was noted. My assertion is supported by a brand new study that found that eating whole tomatoes, papayas and watermelons is associated with a decreased risk of breast cancer. (5)

In June 2009, another study was presented in the International Journal of Cancer. It looked at the serum antioxidant content of 5,700 pre and postmenopausal women with breast cancer (BC). The blood tests were then compared to over 6,300 women who were cancer free. All of the women were interviewed regarding fruit and vegetable intake up to five years prior to their BC diagnosis. Based on this data collection, a picture began to form about the effect of diet on the risk of cancer development. Here’s what the results revealed:

It’s also interesting to note that these benefits were mostly present in premenopausal women. Another observation was that present or past smokers seemed to benefit the most by eating a colorful diet. (6)

A separate trial, also from June 2009, indicates similar benefits for postmenopausal women as well. In that investigation, females who were regularly drank alcohol and those using hormone replacement therapy appeared to derive the greatest protection from food sourced beta carotene. (7) 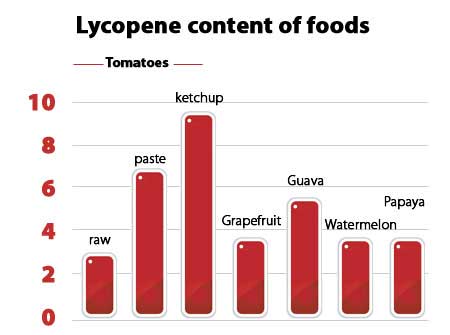 This last trial brings us full circle on this topic and draws a parallel to prostate cancer – another hormonally influenced malignancy associated with advancing age. The research was conducted in China and studied the levels of select carotenoids in about 1,000 women of varying ages (40-70 years). In that population study, higher levels of lycopene and alpha cryptoxanthin were associated with reduced breast cancer risk. (8) Cryptoxanthin is present in cilantro, grapefruit, red bell and serano peppers. Lycopene is the antioxidant pigment which give tomatoes and watermelon their distinct reddish color. It is also the specific carotenoid that got a negative rap in the first study I mentioned. Part of the reason why I’m sharing this specific trial with you is because lycopene is also one of the most promising, natural chemoprotective substances used to manage prostate cancer. (9,10,11)

There will always be a certain degree of conflicting findings in the arena of nutrition and health care. When such examples come to my attention, I’ll do my best to provide a balanced assessment of the actual data. I’m not here to sugar coat things nor sensationalize the news. In this instance, when I weigh a preponderance of the evidence, it becomes quite clear to me that eating a multi-colored diet, rich in fresh, whole foods is by far the best way to support the body from a nutritional standpoint. This won’t guaranteed a cancer free life, but it’s probably one of the best preventive tools we currently have.