A heartfelt smile doesn’t just convey contentment and warmth, it’s also an external sign of health. Like most other measures of wellness, genetics do play a roll in the shape, size and the whiteness of our teeth. We’re all aware of the commonly prescribed oral care basics. But there are also some emerging trends that are sprouting up in medical literature that I think you should know about. Besides regular brushing and flossing, there are a few additional steps that you can take to improve the status of your breath, gums and smile. 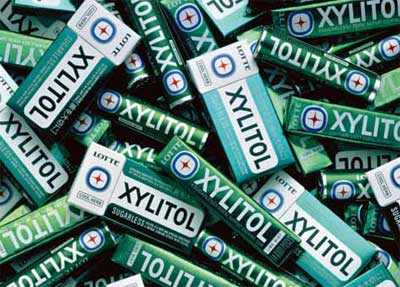 In the past, I’ve written about a natural sugar alcohol called xylitol that may help reduce the incidence of cavities and generally promote a positive oral environment. A new study published in the Archives of Pediatrics & Adolescent Medicine is the most recent piece of evidence to support such claims. This particular trial was conducted on a group of 94 boys and girls with ages ranging from 9-15 months. The group was divided into three segments: 1) received xylitol syrup twice daily; 2) received the syrup three times a day; 3) the final group received a much smaller amount of xylitol only once a day – this group was used as the control/placebo in the study.

After a 10 month period, it was determined that 24% of the twice daily group experienced some degree of tooth decay. 41% of the three times daily group demonstrated decayed teeth. The worst results were found in the low dose/placebo group (52% exhibited tooth decay). The average number of decayed teeth was .6 in those receiving the twice daily xylitol, 1 tooth in the 3 times daily users and 2 teeth in the control group.

The authors of the research concluded that, “Our results suggest that exposure to xylitol (8 grams per day) in a twice daily topical oral syrup during primary tooth eruption could prevent up to 70 percent of decayed teeth.” (1) Another trial, also from July 2009, found that xylitol lozenges can also help to maintain good oral health in young children (18 months to 5 years of age). (2)

While doing my periodic review of what’s new and interesting in the natural health marketplace, I’ve noticed that there are now some probiotic lozenges that are being marketed to support oral health. Some of these products contain xylitol, in part because of its dental benefits, but also because of its naturally sweet taste. The research behind the probiotic lozenges has been around for several years. (3,4,5,6,7,8) The most recent study was presented in the June 2009 issue of the Journal of Clinical Periodontology. In that trial, 66 patients with advanced gum disease were assigned to use either a probiotic/xylitol lozenge or a placebo for 8 weeks. At the 4 and 8 week mark, oral samples were studied for select bacteria that are known to contribute to periodontal disease. The researchers discovered that several types of “periodontopathic bacteria” were significantly reduced in the probiotic/xylitol lozenge users. These changes could very well contribute to an improvement in gum health. The specific strain of healthy bacteria used in this trial goes by the name of Lactobacillus salivarius. (9)

The use of strategically applied probiotics and xylitol appears to be an effective, natural and safe approach to improving an assortment of dental and gingival issues. But if we leave out the role that diet can play, we’re missing a big part of the picture. Here’s a brief review of several new studies that offer clues about what foods to eat if we want to maintain a healthy smile.

Even if you’re blessed with good oral health, you may want to consider incorporating xylitol based gums and mints into your daily routine as a preventive measure. Including foods rich in antioxidants such as green and yellow vegetables, probiotics in foods such as kefir and yogurt, and focusing on whole, unprocessed menu selections can support many aspects of health. By incorporating these strategies, you’ll likely have more reasons to smile and a healthier looking smile to present to the world.