It seems as if so much of the information out there about natural medicine either glorifies or vilifies this long held tradition. The truth about holistic health care is difficult to come by because it’s often influenced by the prejudices of those interpreting the data. This same observation applies to me. I have a tendency to accentuate the positive aspects of natural healing techniques. I do this because there is science that supports my view, but also because most media outlets and the modern medical establishment tend to dismiss the validity of many alternative and traditional health practices. Having said that, I do try to present a balanced account of things. In doing so, I will occasionally bring to light certain precautions that I believe are warranted, even when using 100% natural remedies. 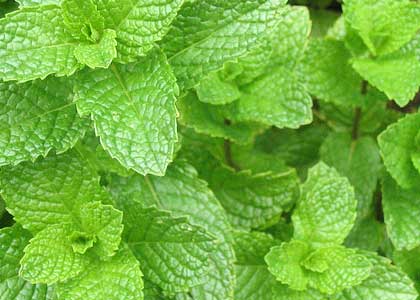 Mint tea is among the most popular herbal teas consumed throughout the world. It’s most common application is to help soothe digestive upset. Herbalists believe this benefit may result from the naturally occurring menthol which appears to relax the smooth muscles in the intestines. Modern science has also validated the usefulness of the essential oil of peppermint for the management of indigestion and irritable bowel syndrome. (1) But the efficacy and safety of peppermint and spearmint tea has not been extensively studied yet in a scientific manner. Today I’m going to share what we do know about the healthful effects of mint and issues that may be cause for alarm.

An interesting area of mint research has emerged in the past several years. Of late, scientists have been exploring how mint tea impacts androgens (sex hormones) in both males and females. The most recent example of this is a just published study that examined the role that spearmint tea can play in a condition called polycystic ovarian syndrome (PCOS). PCOS is an endocrinological disorder that affects women during their child bearing years. Common symptoms include abnormal menstruation, acne, depression, hirsutism (masculine patterns of hair growth) and other masculinizing symptoms (such as vocal changes), infertility and obesity. This condition is also generally marked by blood sugar abnormalities and insulin resistance.

In the trial, 42 women with PCOS related hirsutism were assigned to drink spearmint tea or a placebo herbal tea twice daily for 30 days. Blood tests measuring hormone levels were taken at the beginning, the mid way point and at the end of the experiment. The results indicate that the women receiving the spearmint demonstrated significant reductions in free and total testosterone levels and increases in luteinizing hormone and follicle stimulating hormone concentrations. These alterations are consistent with an improvement in PCOS. (2) A reduction in hair distribution wasn’t detected, but the researchers believe that the relatively short duration of the study was the reason why. Another shorter study from 2007 found almost identical results. (3)

It certainly appears that spearmint has a strong association with the hormones involved in PCOS. But it’s also possible that some of the improvements are the result of specific antioxidant activity that may help reduce blood sugar levels in diabetics and perhaps in others with insulin irregularities. (4,5)

The previous findings are generally thought to be positive. But a few other studies raise the possibility of unexpected complications that may arise from chronic mint tea consumption. One example can be found in a 2006 study presented in the journal Toxicology and Industrial Health. That research uncovered a possible adverse effect in the uterus of rats that were provided with peppermint tea for 30 consecutive days. (6)

It’s interesting to note that a study in male rats found the exact same hormonal shifts that were exhibited in the women with PCOS, namely, a reduction in testosterone. Potentially negative effects on the testicles of the rats were also detected. This testicular disturbance could possibly be important with regard to fertility. (7)

Other experiments have raised red flags with regard to large dosages of mint tea and possible harm to the kidneys and liver (in a rat model). (8,9) Concerns have also been raised about peppermint teas ability to interact with the liver in such a way that it may negatively affect the metabolism of medications. (10) These concerns need to be taken seriously, especially since peppermint tea is one of the most widely consumed herbal beverages among pregnant women. (11,12)

Finally, a rather potent mineral “blocking” effect has been reported in studies conducted on mint tea. Most, but not all, of the trials have found that peppermint and spearmint teas inhibit the absorption of dietary minerals such as iron. (13,14,15) This could actually be either a good thing or an unwanted consequence. For those who need extra iron, it’s obviously a harmful interaction. But most men and post menopausal women do not need additional iron and in fact, reducing iron levels may be advantageous. (16,17,18)

On the other side of the coin, a preliminary study from 2004 associated spearmint with substantial anti-cancer properties. (19) In addition, two recent medical reviews generally gave a cautious “thumbs up” to the safety of mint based preparations. (20,21)

My point in writing this column is not to scare you away from drinking mint tea. I personally will continue to do so when the mood strikes me. But if you consume it on a regular basis, you may want to weigh both the pros and cons. If you believe that something is completely benign, you’re unlikely to even consider the possibility that it may be doing you some kind of harm. My view is that natural remedies are capable of tremendous amounts of good. But they should be used with all the facts in hand and in the most judicious manner possible.