Perhaps you heard or read about the recent news concerning caffeine and its purported effect on the prevention of Alzheimer’s disease. I know those headlines certainly caught my attention. I’m a frequent coffee drinker and regularly advocate the use of this roasted bean to promote wellness in most individuals. But rather than simply accept the current positive findings, I decided to dig a little deeper. I wanted to know: Does caffeine and, more specifically, coffee really afford any real world brain protection? 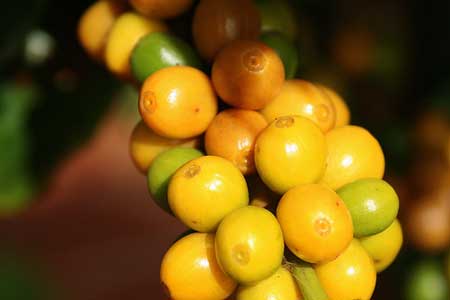 First, an examination of the source of all the excitement, which can be found in the July edition of the Journal of Alzheimer’s Disease. The study in question looked at 55 mice with experimentally induced Alzheimer’s disease (AD). Between the 18th and 19th month of life, approximately the equivalent of 70 years of age in humans, the mice began exhibiting memory problems. At that point, the researchers gave half of test animals caffeine in their water. The amount of caffeine administered was equal to about 500 mg, which is an amount typically found in 5 cups of regular coffee. Then various measures of the mice’s cognitive function were studied over the course of two months. Here’s what the researchers discovered:

The scientists believe that caffeine may inhibit beta amyloid accumulation by reducing inflammation in the brain and enzymatically interfering with its production in the first place. The authors concluded that these findings may suggest, “a treatment potential of caffeine in cases of established AD”. (1)

This may seem like a revelation. But the truth is that hints of promise have been sprouting up for years. For instance, a study in the November 2006 issue of the journal Neuroscience found virtually identical results and was probably the basis for the first study I just discussed. (2) Most of the available research involves the chronic administration of caffeine. But a 2008 experiment found that even acute caffeine consumption may help improve “recognition memory”. (3)

Other evidence presented in January of this year found that British women of all ages (17-92) showed an association between caffeine consumption and “fewer cognitive failures” and lower rates of depression. The average amount of caffeine used by the group of 3,223 women was 140 mg per day. (4)  An even larger population study in both men and women concluded that caffeine intake protected women against “cognitive decline” in their senior years. (5)

So what is it about caffeine/coffee that may be behind these brain boosting effects? My search of the medical literature turned up several possibilities beyond what was mentioned in the previous trials. Here’s a brief overview of some of the possible mechanisms behind this phenomenon.

Beta Amyloid Brain Plaque Before and After Caffeine Consumption

However, not all of the research is quite so rosy. I did find a negative outcome in a new study published in this month’s American Journal of Clinical Nutrition. It’s very interesting because the study examined the dietary patterns of over 2,600 Finnish twins. Coffee consumption was generally high in this group, but those who drank the most coffee did not appear to derive protection against “mild cognitive impairment or dementia”. (15)

As you can see, most, but not all of the research on caffeine and coffee supports the current excitement that’s in the news. (16,17) In my opinion, there’s certainly a lot of promise to be found in this field of inquiry. I’m confident that further research will help clarify the role that caffeine and coffee may play in countering brain aging and dysfunction. (18) Until then, I’ll continue to drink my favorite daily brew. I know that anecdotally speaking, it helps my mental performance and is likely supporting my wellness from head to toe.