Sometimes we need to look back to the distant past in order to create a better future. This certainly seems to be the case in terms of dietary choices. A relatively unpublicized, but growing body of research is telling us that so called “primal eating” may be healthier than the most common diets adopted by modern man. It’s hard for some people to accept that “cave men” could possibly have figured out a better way of eating than modern nutritionists and physicians. But as is often the case, it’s not simply a matter of intellect or lack thereof. Rather, it’s an issue of man respecting the laws of nature. If we can manage to combine the intrinsic knowledge of our predecessors with the discoveries of 21st century science, then we can truly benefit from the best of both worlds. 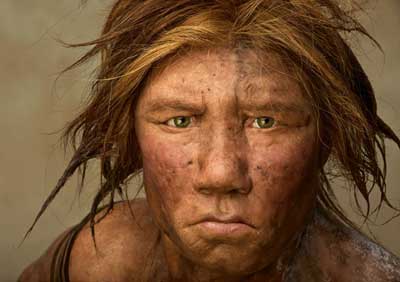 The Paleolithic Age was the time of the hunter-gatherer. Wild animals and seafood were the primary sources of protein and fat, while fruits, nuts, seeds and vegetables made up the remainder of the ancient menu plan. A study published just last week in the journal Cardiovascular Diabetology is the most recent piece of evidence that this sort of eating style may offer modern day advantages. (1)

13 type 2 diabetics, with an average age of 64, participated in the current study – 10 men and 3 women who were not being treated with insulin. On two separate 3 month periods, they were asked to consume one of two diets:

Before and after blood tests were administered during each dietary phase. The testing yielded the following results:

The last observation was quite unexpected and may be the result of poor appetite management in this application of a “Diabetic Diet”. Ultimately, the authors of the study concluded that, “Over a 3-month study period, a Paleolithic diet improved glycemic control and several cardiovascular risk factors compared to a Diabetes diet in patients with type 2 diabetes”.

Another study from February 2009 prescribed a “paleolithic type diet” to 9 overweight volunteers. Once again, the participants were urged to eat plenty of “lean meat, fruits, vegetables and nuts” and to avoid foods such as “cereal grains, dairy and legumes”. The effects of a 10 day paleolithic eating pattern resulted in a decrease in blood pressure, improved arterial function, a drop in insulin and LDL “bad” cholesterol and triglycerides. These findings were independent of any weight loss effect and indicate that even short term application of this type of diet can result in dramatic changes for those at risk for diabetes and heart disease. (2)

Other short term studies in healthy individuals have found positive changes in body fat composition, a decrease in overall caloric intake, and an increase in dietary antioxidants and vital nutrients such as potassium. Such alterations typically provoke a healthy decline in blood pressure readings which may reduce the likelihood of blindness, heart and kidney disease and strokes. (3)

A 15 month trial conducted on young pigs also demonstrated the powerful effects of paleolithic nutrition on various health markers. The removal of cereal grains from the food supply of piglets resulted in lower body fat and weight. The cereal free pigs also exhibited greater insulin sensitivity and lower levels of inflammation (as measured by C-reactive protein levels). These physiological effects resulted in 13% lower blood pressure as compared to pigs who were fed a typical cereal based diet. (4)

Many doctors and nutritionists have a hard time accepting these studies. They’ve been taught that eating animal fat and protein is a leading cause of both cardiovascular disease and diabetic complications. This controversy was addressed all the way back in 2002 in the European Journal of Clinical Nutrition. In that paper, a group of scientists provided evidence that “hunter-gatherer” (HG) diets typically get about 65% of their calories from “animal food” and the remaining 35% from “plant food”. While HG diets tend to be higher in total fat and protein and lower in carbohydrates, they also tend to be richer sources of beneficial antioxidants, fiber, nutrients, omega-3 fatty acids and protective phytochemicals. It may very well be that this combination of factors yields the broad array of health benefits noted in the recent experiments I’ve presented today. (5)

It would be a major mistake to disregard all of the leaps and bounds of modern science. But it’s equally foolhardy to forget the lessons that history is desperately trying to teach us. The very foods that countless generations have grown up on are likely our best friends in promoting good health. Newly developed laboratory chemicals may ultimately hold great promise, but they simply don’t have the same track record that real, whole foods do.