While conducting some research this morning, I made an unexpected connection between meditation and politics. When meditating we are often instructed to gently observe our thoughts, no matter where they lead. They’re simply benign messengers of the subconscious mind. In politics, ideally we strive to observe current events, then dispassionately incorporate that information into our political views. I think the application of scientific research should be approached in a similar manner. In a nutshell, I believe we need to be aware and open to new research that both supports and, occasionally, contradicts our points of view. I discovered an example of this while reviewing the most recent data on the effects of dark chocolate on hypertension. 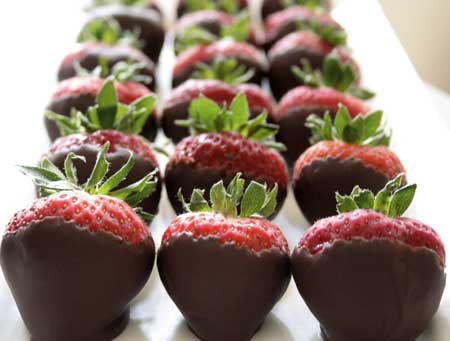 In recent years, many studies have suggested a positive association between dark chocolate consumption and cardiovascular health. This connection appears to be due to cocoa’s beneficial impact on blood pressure, circulation, inflammation and lipid levels (cholesterol and triglycerides). (1) But several new trials point to some degree of controversy as to whether or not dark chocolate is actually effective in lowering blood pressure in a real world setting.

On July 22nd a promising experiment was made public in the Journal of Agricultural Food Chemistry. The results demonstrated that a flavonoid-rich cocoa powder produced anti-hypertensive effects that were comparable to a commonly used blood pressure medication (Captopril). The fact that the blood pressure lowering activity was only observed in test animals that had high blood pressure, but not those with normal levels, was also encouraging. (2)

Just two weeks prior, another trial was presented in a different medical journal devoted to the study of alternative and complementary medicine. That experiment was conducted in a group of 36 adults with “prehypertension”. During the active stage of the study, they all consumed a 50 gram serving of a dark chocolate bar containing 70% cocoa and standardized for 750 mg of polyphenols (a class of antioxidants). To the researchers’ surprise, no significant impact on blood pressure was noted in this experiment. (3)

This is where the controversy begins. One study says that dark chocolate can improve blood pressure and another disputes that contention. There are a number of factors that need to be considered when trying to make sense of this discrepancy. First, it’s important to remember that the negative study was conducted with human subjects. This lends more credibility to that research than to the first trial that used test animals (rats). Secondly, the form of cocoa used in each experiment may also be a factor. The rat study used an unsweetened cocoa powder, while the human study involved a dark chocolate bar that contained added ingredients, including sugar.

There is a growing body of research that draws an association between carbohydrate and sugar intake and elevated blood pressure. (4,5,6) It could be that the added sugar in the candy bar used in the human trial negated the anti-hypertensive effects that were experienced in the rat study. Another possibility is that other additives in the chocolate bar may have impeded the absorption of the health promoting components of pure cocoa. Or, perhaps the discrepancy can be explained by how humans and rats metabolize the active ingredients found in cacao extracts differently. (7,8)

There are certainly more questions than answers that arise with these new findings. But there are a few heart pleasing actions of cocoa consumption that are not in question. The first thing we know is that pure cocoa powders consistently improve circulation, even in instances where blood pressure remains unaffected. This is certainly a positive consequence for most people who are interested in promoting overall cardiovascular health. (9,10)

It’s also important to note that a human study published in the Journal of Nutrition in 2008 did detect a significant blood pressure lowering effect in those using a “flavanol-rich dark chocolate” extract. (11) That trial was conducted on a group 19 hypertensive men and women with impaired glucose tolerance (IGT) and employed a 100 gram daily serving of dark chocolate (double the amount used in the most recent study). Another difference is that it lasted only 15 days. Within that shorter time period, the following findings were reported:

The experimental chocolate used in the 2008 trial was defined as being “low-energy cocoa”. This refers to the amount of calories present, which would normally come primarily from fat and sugar. Again, this points to the possibility that sugar and/or a higher dosage of cocoa may be more effective than what was used in the most recent, unsuccessful human trial.

Even if it turns out that high quality cocoa doesn’t lower blood pressure, it won’t discourage me from including it in my daily routine. The amount of evidence pointing to the health promoting properties of cocoa is simply overwhelming and unlikely to change in the coming years. What needs to be determined is how to best utilize this superfood. How much should be eaten? What form of cocoa will yield the greatest benefit? Are there competing nutritional factors, such as sugar, that may negate cocoa’s cardiovascular benefits? Only science can help identify the answers to these and other related questions. I’ll be on the lookout for the answers to those questions and will certainly make sure to report my findings here.