One of the biggest downfalls of any diet is the feeling that your food options are limited. Another pitfall is the impression that eating a natural, whole food diet is generally quite bland. The relative absence of flavor enhancers takes time to adjust to and some people never totally embrace that shift. Recently, I’ve discovered a few natural food additives and substitutes that have helped me to make my diet both healthier and more flavorful. 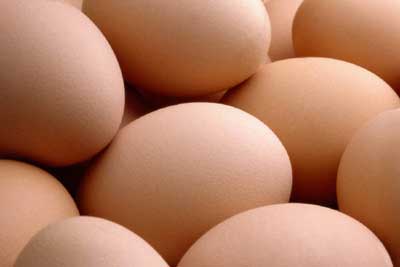 Most of you know that hearty protein shakes are a regular part of my dietary routine. I find that homemade meal replacements are an excellent way to incorporate nutrient dense ingredients into my hectic schedule. I typically use a whey (dairy derived) concentrate. My reasons can be best summarized in the December 2008 issue of the journal Alternative Medicine Review. The authors of that paper provide an overview of the many benefits associated with whey protein intake including: antioxidant protection, improved blood sugar management, the promotion of “detoxification” processes, cancer preventive activity and cardiovascular and immune system support. (1) In addition to all of those positive effects, several studies from 2009 also attest to whey proteins ability to build muscle in young and old alike, curb appetite and even promote a healthy skeletal system. (2,3,4,5,6,7,8)

However, whey protein does present an obstacle for people with severe dairy allergies or sensitivities, as it is one of the two primary proteins found in milk. Earlier this year, another reason for avoiding whey protein came to light. A study conducted in 11 healthy participants determined that the combination of milk and blueberries nullified many of the antioxidant properties of these health promoting superfruits. (9) In that research, whole milk was used instead of whey protein. But the fact remains that something in milk appears to diminish the absorption of key components in certain antioxidant rich foods. Until this issue is resolved, I’ll personally try to avoid whey protein when also including berries in the mix. Instead, I’ll add ingredients such as pure cocoa powder or a “chocolate greens” formula when using dairy. (10,11,12,13)

A very good substitute for whey protein is egg white protein powder. In the past, this variety of protein had a notoriously harsh taste and a gritty texture. Fortunately, I’ve stumbled upon a 100% natural egg white protein that mixes easily and tastes pretty good when compared to most whey proteins. The product is manufactured by MRM (Metabolic Response Modifiers) and is simply called All Natural Egg White Protein. It carries a short list of ingredients: instantized egg albumen, natural vanilla flavor, soy lecithin, xanthan gum and stevia. Egg protein is a fantastic source of leucine, an amino acid that helps to build lean body mass and promote exercise recovery. (14)

Speaking of dairy intolerance, milk, half-and-half or heavy cream are often added to meal replacements to enhance their consistency and flavor. In our household, I’ve been replacing dairy based options with coconut milk for a number of reasons: 1) coconut milk is lower in sugar; 2) coconuts possess many health promoting attributes, including newly discovered stomach protecting properties; and 3) coconut milk is cheaper on a per serving basis. (15)

If you’re looking for some added sweetness in your recipes and you haven’t tried stevia yet, you might want to consider doing so. There are more stevia products on the market than ever before. Generally speaking, the quality and taste of this class of zero-calorie sweetener has improved tremendously over the years. In addition, the most current data about stevia extracts continue to support its lack of effect on blood sugar and insulin, possible antioxidant activity and a relative lack of toxicity even when used liberally in the diet. (16,17,18) If stevia isn’t your “cup of tea”, you might try another more exotic sweetener known as luo han guo.

Many people are advised to limit their dietary salt (sodium chloride) intake. If you’re one of those people, then you may want to ask your doctor about the use of a potassium based salt substitute. Several studies conducted over the past decade indicate that reduced sodium salts can help establish a healthier potassium/sodium balance that is often off kilter in modern diets. (19,20,21,22,23,24) Apart from the mineral adjusting effect of salt alternatives, there appears to be another reason to include more potassium in your diet. A soon to be released study postulates that potassium may exert an antioxidant effect in those with “salt-sensitive hypertension”, which may help protect against cardiovascular damage and insulin resistance. (25) However, it should be noted that dietary and supplemental potassium may not be suitable in certain circumstances/individuals, such as those with kidney disease and who are on a variety of medications. (26)

A salt alternative that I’ve used with good success is called Also Salt. It’s a combination of two natural ingredients: potassium chloride and lysine (an amino acid/component of protein). I think it strikes a good balance in terms of ease of use, flavor and price. I even add a pinch to my meal replacements to help brighten the naturally occurring flavors and to increase my daily potassium intake.

In today’s world market, we have access to a greater variety of foods than ever. This is an incredibly valuable resource for holistically minded consumers. Food sensitivities and individual nutritional needs are no longer insurmountable obstacles. The key is to stay informed on what’s currently available and how to apply those resources in order to derive the most out of what we eat and how we live.