Many people throughout the world suffer from chronic pain. The exact locations of the symptoms and the causes of the discomfort vary widely. Determining the origin of inflammatory processes can often be elusive. Therefore, doctors and patients alike generally turn to powerful medications to alleviate physical suffering. This is, of course, understandable and sometimes necessary. But there is new research that may offer an innovative tool in the fight against many pain related conditions. It turns out that the answer may lie in a simple blood test, some added sunshine and an inexpensive nutrient known as vitamin D. 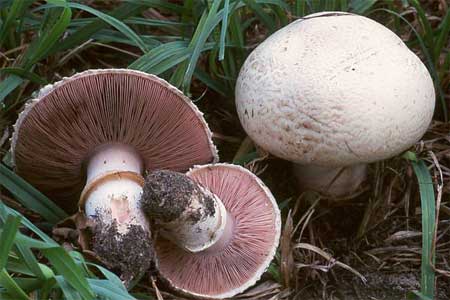 A study from the July 8th edition of the journal Headache caught my attention. The trial in question was a combined effort of the Department of Neurology and Psychiatry at the Medical College in Baroda, Gujarat, India. The focus of the research was to determine whether vitamin D deficiencies play a role in “chronic tension-type headaches”. To test this theory, 8 patients with both osteomalacia (vitamin D deficiency) and chronic tension headaches were administered both calcium and vitamin D. All of the participants demonstrated a rapid improvement in headache symptoms. In fact, the symptomatic gains were exhibited even before blood levels of vitamin D reached a normal level. It should also be noted that all of the participants did not respond well to previously administered conventional therapies. (1)

Unfortunately, there really hasn’t been a great deal of scientific study about the connection between vitamin D (and calcium) and alleviation of headache pain. The only other experiments that I could find date back to 1994. Both of these papers focus on the ability of vitamin D and calcium to reduce the duration and frequency of migraines in both pre and postmenopausal women. (2,3)

But the headache research got me thinking. What other types of pain might vitamin D (cholecalciferols) be able to relieve naturally?

You may think that a vitamin D deficiency is a relatively rare occurrence. But in recent years, several disturbing population studies have indicated otherwise. A recent analysis of six regions of the world (Africa, Asia, Europe, Middle East, Latin/North America and Oceania) found that vitamin D concentrations below 75 nmol/L were very common. D levels below 25 nmol/L were most commonly found in the Middle East and South Asia. Older individuals and those with darker skin pigmentation appear to be at particular risk for deficiencies as well. This is likely due to limited access to sunlight (in the elderly) and a reduced ability to synthesize vitamin D via sun exposure in those with more melanin (a protective pigment found in the skin). (16,17,18,19,20)

The only real way to determine your vitamin D status is to have an inexpensive blood test performed. You simply can’t rely on your recollection of how much sun exposure you get as an accurate measure of the amount of D that is present in your body. Dr. William Davis, a well known integrative cardiologist, recently commented that many of his well tanned patients were deficient based on 25-hydroxyvitamin D blood testing. If your doctor is unable or unwilling to order a vitamin D test, you can easily purchase one yourself via the Internet. (21)

The following generalized advice is provided by Dr. John Jacob Cannell of the Vitamin D Council, “If you use suntan parlors once a week or if you live in Florida and sunbathe once a week, year-round, do nothing. However, if you have little UVB exposure, my advice is as follows: healthy children under the age of 2 years should take 1,000 IU per day—over the age of 2, 2,000 IU per day. Well adults and adolescents should take 5,000 IU per day. Two months later have a 25-hydroxy-vitamin D blood test, either through ZRT or your doctor.”

Start supplementing with vitamin D before you have the blood test. Then adjust your dose so your 25(OH)D level is between 50–80 ng/ml, summer and winter. But remember, these are conservative dosage recommendations. Most people who avoid the sun—and virtually all dark-skinned people—will have to increase their dose once they find their blood level is still low, even after taking the above dosage for two months, especially in the winter.” (22)

Note: “ZRT” is one of the laboratories that offers the 25-hydroxyvitamin D test used to assess overall vitamin D status.

There really isn’t a downside to examining the role that vitamin D *may* be playing in chronic pain conditions. Such an evaluation will do no harm and offers the possibility of a “new” and safer approach to enhancing quality of life and overall health. (23,24,25)