The distinctive yellowish color that is often associated with Indian and South Asian dishes is derived from Curcuma longa or turmeric. This rhizome (underground stem) is part of the ginger family, but it doesn’t possess the same pungent flavor or odor. Turmeric does however contain a group of antioxidant pigments known as curcuminoids. The primary curcuminoid is curcumin, a name often used interchangeably in alternative medicine when describing turmeric extracts.

In the culinary world, ground turmeric is the form of choice. But for medicinal purposes, concentrated and standardized extracts are preferred because whole turmeric only contains about 3% curcumin content. It is curcumin and certain related chemicals that is thought to be responsible for the vast array of health benefits ascribed to this revered rhizome. At this very moment, researchers are examining the potential of these phytochemicals in applications that include Alzheimer’s prevention and reversal, support of cardiovascular health, the repression of autoimmune conditions and cancer growth, and the promotion of a healthy digestive system. (1) 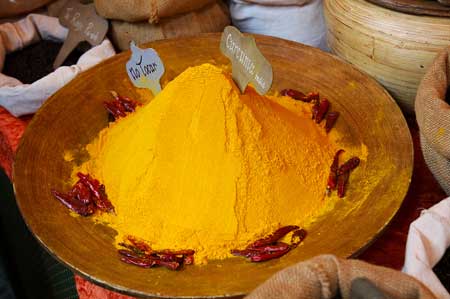 One of the most exciting areas of curcumin research involves its effects on the brain. Alzheimer’s disease and dementia are two of the most feared conditions associated with aging. Currently, there aren’t any truly successful conventional treatments that help reverse the consequences of these brain disorders. Perhaps that’s why scientists are working so hard to determine whether turmeric components may be part of the answer to making serious strides in this arena.

There is, however, a major obstacle to investigating curcumin. Decades worth of research indicate that this potential superstar has relatively poor bioavailability. Test tube studies reveal consistently positive results, but it’s just not absorbed very well by the body. Fortunately, newly developed forms of this herbal extract appear to sidestep this issue. (2,3,4)

A 2008 study published in the Journal of Clinical Psychopharmacology examined the effects of either 1 or 4 grams of specially processed curcumin in 22 Alzheimer’s (AD) patients over a 6 month period. The turmeric extract used in this research is known as BCM-95 and has been shown to increase the bioavaialability of curcumin several-fold over other previously tested turmeric extracts. This research demonstrated that blood levels of Abeta and vitamin E rose as a result of supplementation with BCM-95. Abeta plaque deposits are believed to be a major factor in the formation of AD. The authors concluded that the curcumin prompted a disaggregation (release) of Abeta from the brain and into the bloodstream. An increase in vitamin E was also noted. Some evidence suggests that vitamin E may also benefit those at risk for AD. (5,6,7,8)

Many other recent trials imply that curcumin has a multi-modal impact on AD and various dementia models. One avenue of research is the role that it plays in combating oxidative damage caused by heavy metals in the brain, such as aluminum and iron. Countering the deleterious effects of heavy metal toxicity has been shown to improve memory retention and slow the aging process of the brain in several animal trials. (9,10,11,12,13,14,15)

Other experiments suggest that curcumins brain boosting effects are partially the result of increased choline acetyltransferase activity. This is the primary target that many AD prescription medications attempt to address. Yet another way in which curcumin may support brain health is via improved blood flow. New research presented in the American Journal of Pathology implicates blood vessel constriction and the subsequent reduction in blood flow to the brain as a possible contributing factor to AD progression. Curcumin extracts have not only been shown to improve the viscosity of blood, but they may also reduce plaque build up in arteries which impedes proper circulation. (16,17,18,19)

The battle against cancer is perhaps an even more promising aspect of turmeric research. The past few months have provided some very important information for the nearly 6 million women in the US undergoing hormone replacement therapy (HRT). HRT has been implicated in an increased risk of breast cancer among postmenopausal women. Two new studies suggest that turmeric extracts may afford some protection against “progestin-accelerated breast tumors”. A group of rats that were fed curcumin, in addition to HRT, showed a delay in breast tumor growth, fewer total tumors and undesirable changes to breast tissue. A test tube experiment conducted on human breast cells also supports these current findings. (20,21)

Apart from HRT related breast cancer risk, other trials from 2009 postulate a variety of ways by which curcumin may promote healthy mammary tissue and a cancer-free body in general. Collectively, these experiments point to changes in cell communication and genetic expression that discourage cancer cell growth and spread. Perhaps the most positive of these findings is that turmeric consistently shows an ability to selectively kill tumor cells while leaving healthy cells intact. (23,24,25,26,27)

Alzheimer’s disease/dementia and cancer may garner most of the headlines, but there’s a lot more going on in the world of curcumin research. Here are a few of the highlights I found on my last scientific literature field trip:

The future of curcumin research appears bright as well. Some of the most encouraging trials of late have tested the synergistic pairing of curcumin with resveratrol (the “red wine molecule”) vs. cancer and as an addiction and obesity fighter. That same combination is showing great promise with regard to prostate cancer prevention as well. Two different concoctions of a) curcumin and fish oil; and b) vitamin D and curcumin are also generating buzz in the quest for a viable Alzheimer’s cure. Only time will tell whether these or other natural ingredient blends will provide results that are even greater than the sum of their parts. (40,41,42,43)

While much of the published evidence about curcumin is very hopeful indeed, there are still some vitally important questions that need to be addressed. For instance, the dosages and forms of curcumin used in many of these studies differ from one another. With such obvious disparities, how are we to know the proper way to apply the study findings in our own lives? One way to do so is to look at the dosages currently being used in a clinical setting. For instance, a trial that’s presently underway in patients with rheumatoid arthritis is utilizing 500 mg twice daily of the BCM-95 extract. But another study using this very same extract in those with cervical cancer lists a twice daily dosage of 3,600 mg. That’s more than a 7 times difference (1,000 mg vs. 7,200 mg)! (44)

The truth is that we just don’t know exactly how much curcumin is necessary to replicate the results found in the successful experiments. In fact, most of the trials listed here and elsewhere have been performed in diseased animal models or in test tube studies. But the few human studies that have been completed are optimistic enough to make curcumin one of the the most widely studied herb in modern medicine. This is no accident. There is a legitimate reason for all the excitement in both the natural and pharmaceutical sectors. At this point, however, we’re still left a bit in the dark. In future columns, I’ll do my best to report new findings that will hopefully shed more light on this important topic.