There’s an extract of French lilac (Galega officinalis) that’s been attracting a lot of attention lately in the field of oncology. Perhaps the news of yet another “natural” cancer fighting compound is no longer a surprise to readers of this site. But would it surprise you to discover that the particular substance I’m referring to is actually a prescription medication that’s generally used to help manage diabetes? The drug in question is metformin. It’s a medication that was developed over 50 years ago and is often used to combat non-alcoholic fatty liver disease (NAFLD) and polycystic ovary syndrome (PCOS). It also supports cardiovascular health and promotes weight loss/maintenance in those with blood sugar abnormalities and metabolic disorders. It’s estimated that over 35,000,000 prescriptions for metformin were written in 2008 alone. This figure is likely to increase in the future for a few very important reasons. It’s cheaper and more effective than many of the newer medications in its class, and this is one drug that may actually help save lives. 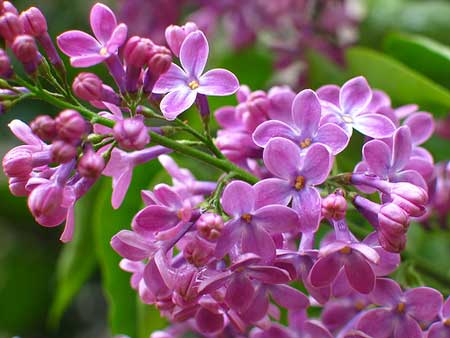 Pancreatic cancer is number four on this list of most deadly cancers. This year alone, over 35,000 Americans will lose their battle with this malignancy. Diabetics have an increased risk of contracting this form of cancer, but new data from the prestigious M.D. Anderson Cancer Center is pointing to a potential preventive effect afforded by an old reliable drug.

A 4 year population study of over 1,800 participants (973 with pancreatic adenocarcinoma and 863 without) found that diabetics who were using metformin exhibited a 62% reduced risk of pancreatic cancer. Two significant factors were noted: 1) Those also using insulin and other anti-diabetic medications (without metformin) actually had a dramatic increase in pancreatic cancer risk (2.5 – 5 times the risk); 2) Exercising, controlling blood sugar, dieting and quitting smoking did not seem to improve the benefits of metformin. (1)

This isn’t the first time that metformin has been associated with a reduced incidence of tumors. A study published in the July edition of the journal Diabetologia found that the use of insulin and sulfonylureas (another variety of anti-diabetic medications) resulted in an increased risk of solid tumors (colorectal and pancreatic). On the other hand, adding metformin to either of these treatments “reduced progression to cancer”. A similar pattern appears to be present when looking at diabetic patients with liver cancer (hepatocellular carcinoma). (2,3)

The June 2009 issue of Diabetes Care also reports on the rate of cancer in a group of 8,000+ type 2 diabetics. Over the course 9 years, approximately 7% of those using metformin developed cancer. Over 11% of those not using this medication were diagnosed with malignancies. Even after taking into account various factors such as age, blood sugar control, smoking and weight, there was still an estimated 37% reduced risk that was attributed to metformin use alone. This is a very important observation because the role that diabetes treatment plays in cancer development/treatment is in desperate need of clarification. (4,5)

In recent months, several studies have emerged indicating that metformin may play a part as an adjunct to other conventional cancer therapies. One trial determined that women receiving metformin along with chemotherapy showed a greater rate of “pathologic complete response” to said therapies. In fact, the women involved responded three times as well when provided with the added metformin. Perhaps this is why there’s been an industry-wide call to thoroughly evaluate the potential of this anti-diabetic medication in further breast cancer trials. Several clinical studies are already in the works to address this and much broader issues relating to cancer in general. There’s even evidence that metformin may improve the efficacy of the much touted cancer vaccines that are currently undergoing clinical evaluation. The mechanism behind the metformin/vaccine combo is thought to be selective immune stimulation. (6,7,8,9,10,11)

The above information is certainly cause for optimism. But as with all medications and nutritional supplements, it’s important to be aware of known contraindications and interactions. For the most part, metformin has a pretty solid safety record. In fact, in recent years it has continually differentiated itself from similar medications by actually supporting heart health (in addition to its positive cancer track record). A review from June 2009 that noted a 24% reduced risk of congestive heart failure and a 46% lower rate of overall mortality when metformin was compared to sulfonylurea (another type 2 diabetes drug). (12,13,14,15)

A real concern about long term metformin use is its impact on vitamin B12 concentrations. Earlier this year, a presentation at the American Diabetes Association’s 69th Annual Scientific Sessions reported that as many as 40% of metformin users exhibited some degree of vitamin B12 deficiency. Perhaps even more importantly, 77% of metformin patients had been diagnosed with a form of painful nerve damage known as peripheral neuropathy, which may partially be a consequence of a lack of this vital nutrient. Therefore, anyone who is using this medication ought to be regularly screened to rule out insufficient levels of B12. The good news is that supplementing with B-vitamins is easy, inexpensive and safe. Emerging evidence also suggests that maintaining adequate B-viamin status (particularly vitamin B6, B12 and folic acid) may result in even greater cardiovascular protection for metformin users. (16,17)

The decision as to whether to use any medication needs to be carefully evaluated by both doctor and patient. Even a relatively benign drug, like metformin, can cause digestive issues and rare, but severe, complications such as lactic acidosis (excessive acidity in the body). The key is to balance the expected gains with the possible risks involved. (18,19) I hope today’s column will inspire a more receptive attitude to the option of using certain medications where they’re indicated. Choosing selectively from both the allopathic and holistic camps, will truly give us the best of both worlds.


24 Comments & Updates to “Metformin and Cancer”