Some vitamin and mineral deficiencies are more obvious than others. This is both a blessing and a curse. Nobody looks forward to feeling or seeing the effects of poor nutrition. On the other hand, if obvious signs of nutrient deficiencies or malabsorption can be identified, proactive steps can be taken to address the problem. Anemia is a rather common nutritionally influenced condition. It is often caused by an iron deficiency which plays an essential role in transporting oxygen throughout the body. If there isn’t enough iron and hemoglobin (an oxygen carrying protein) present, symptoms such as dizziness, fatigue, hair loss, irritability, muscle weakness and spasms, poor cognitive and immune function, and skin problems often manifest. The obvious solution for many people is to simply supplement with therapeutic levels of iron. But on occasion, iron absorption is compromised and/or gastrointestinal side effects prevent good adherence to this vital therapy. 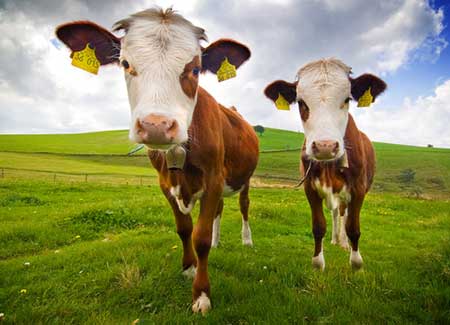 Iron is naturally present in many animal and plant based foods. Beef, chicken and seafood contain a well absorbed form known as “heme iron”. Grains, legumes, nuts, seeds and vegetables possess a different variety of iron that is referred to as “nonheme iron”. Chicken livers, oysters, steak and dark meat turkey are among the top heme iron sources. Kidney beans, lentils, molasses and spinach provide considerable levels of nonheme iron. Research indicates that the heme (animal based) iron is better absorbed in general, but combining both forms, preferably with some added vitamin C, may be the ideal dietary means of promoting healthy iron absorption. (1)

Diet alone is rarely enough to reestablish adequate iron stores in someone with clinical anemia. That’s why doctors often recommend high-dose supplementation that far exceeds the recommended daily allowance (RDA) of 18 mg. Dosages ranging from 60 mg – 200 mg of elemental iron are often prescribed for those with an iron deficiency. This is both necessary and frequently problematic because it can cause certain digestive side effects, such as constipation and nausea. Taking iron supplements with food and slowly building up to the recommended dosage helps some anemic patients better tolerate this therapy. Constipation can also be dealt with by conventional (stool softeners) or holistic means (added fiber, healthy fats, magnesium, vitamin C, increased fluids and supplemental probiotics). Still, there are certain sensitive individuals who will persist in having difficulty with this treatment routine. (2,3)

Fortunately, there is a scientifically validated alternative for those who cannot manage traditional iron replacement – a little known supplement called lactoferrin. Lactoferrin is a glycoprotein (a molecule that contains a carbohydrate and a protein) that is normally found in breast milk. Any baby who has been breast fed has already “supplemented” with and benefited from lactoferrin. It is relevant in the battle against anemia because it appears to improve iron absorption from food and helps transport this essential mineral to wherever it’s needed.

A study published in July 2009 examined the effects of lactoferrin versus an iron supplement (ferrous sulfate) in a group of pregnant women with anemia. This is an especially sensitive population. The risk of digestive complications and the added importance of adherence to treatment is particularly important during this time. 100 expectant mothers participated in the study. Half received 100 mg of lactoferrin twice daily, while the remainder were given 520 mg of ferrous sulfate once a day (providing about 100 mg of actual iron). (4)

An Italian experiment from 2006 supports these current findings. That study followed 300 women and employed the same dosage of both iron and lactoferrin (520 mg daily vs. 100 mg twice daily). This 30 day trial actually found that lactoferrin outperformed ferrous sulfate by increasing values of hemoglobin and “total serum iron” to a greater extent. Once again, lactoferrin was superior in that it didn’t provoke adverse reactions. Based on the currently available evidence, a recent scientific review suggests that lactoferrin can be considered in certain cases of pregnancy related iron deficiency. (5,6)

Another important application for lactoferrin may be in managing iron levels in those who engage in high intensity exercise. In 2007, an 8 week experiment on 16 female long distance runners tested the effects of lactoferrin plus iron vs. iron alone. The form of iron used in this experiment is known as ferric pyrophosphate. The researchers determined that the addition of lactoferrin resulted in higher red blood cell counts. They concluded that, “these observations suggest the possibility that intake of LF (lactoferrin) increases absorption and utilization of iron and would be useful in the prevention of iron deficiency anemia.” (7)

The results in the 2007 study may extend to populations beyond those with clinical anemia. A new trial presented in the July edition of the American Journal of Clinical Nutrition found that 8 weeks worth of lower dosage iron supplementation (20 mg) helped a group of female soldiers maintain optimal iron status. In addition, they exhibited better mood scores, improved cognitive and physical function (running time) during a physically intense training period (“basic combat training”). This points to the possible application of iron and lactoferrin use for female athletes and those who exercise regularly and demonstrate iron deficiency symptoms – even without an actual diagnosis of anemia. (8) 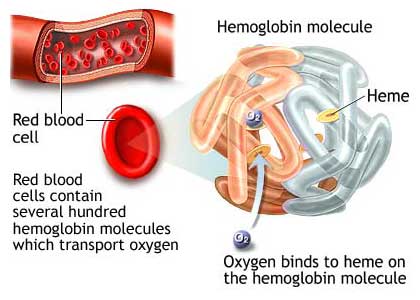 There are other segments of the general population that need to be aware of the potential of iron deficiency. Those who are on strict diets or who have opted for gastric bypass or lap-band weight loss surgeries need to aware of their iron levels. Here, the issue is not only the amount of iron consumed, but rather the percentage of absorption. This leads us to some guidance that the late, great women’s health expert, Dr. John Lee, used to espouse. He suggested that the addition of lower dosages of lactoferrin might be “just the ticket” for people who have a hard time absorbing standard iron capsules and tablets. (9,10)

I want to emphasize that proper blood tests and physician supervised exams are extremely important in verifying improvements in anemia. Of course, changes in symptoms can indicate treatment success as well, but there’s simply no sense in leaving such an important and easily tested question up to subjective measures. Also, please note that not all iron supplements perform as expected in every individual. In my own experience, I found that my wife was better able to absorb and tolerate a cheaper form of iron (ferrous fumarate) than a “gentler” and, supposedly, more bioavailable variety known as “iron bisglycinate”. (11,12)

Lactoferrin is an example of a well tolerated, alternative approach for those with iron deficient anemia. The upside of this dairy derived supplement is that it may provide additional benefits as well. Recent studies indicate that lactoferrin can help the body combat bacterial and viral infections, decrease inflammation and protect against certain cancers, It may even support antioxidant status, bone health and immune function. These are all valid reasons to consider whether this natural remedy may have a role to play in your wellness program. (13,14,15,16,17)


51 Comments & Updates to “Lactoferrin and Anemia”