If I asked you to invent a form of physical activity that supports the body, mind and spirit, you’d be hard pressed to come up with something better than dancing. Let me start by telling you that I am not a dancer. When I do dance, the only benefit that I’m aware of is the laughter that it incites in others. It’s just not something that comes naturally to me. But that’s really beside the point. There are very good reasons to consider incorporating dance into your life. As odd as it may seem, scientists from all over world are asking their patients to put on their dancing shoes. 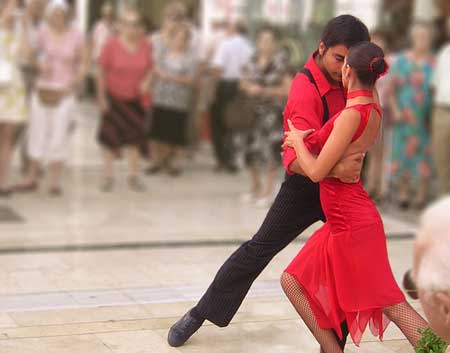 First, let’s put aside any pre-existing views we have about dance, including the common perception that non-professional dancing isn’t a serious endeavor. It most certainly is! A good portion of the benefits of dance takes place between the ears. The combination of choreographed and rhythmic movement, human touch, musical stimulation and social interaction literally light up the brain with electrical and neurochemical activity. Parts of the brain that rarely get mentioned, such as the amygdala, anterior cerebellar vermis, cingulate cortex and medial superior parietal lobule are just a few of the mysterious regions that are activated by simply putting our bodies in motion to music. Powerful chemicals with names like endorphins, endocannabinoids and dopamine are let loose. These unique substances help to raise our spirits and decrease sensations of pain, among other things. (1,2,3,4,5,6,7)

The research about the physical benefits of dance is perhaps even more impressive. Recent studies have found that dancing is a particularly efficient manner of improving cardiovascular health, physical fitness and managing weight control. The best news about this line of study is that scientists from around the world are finding that just about any manifestation of this art form is comparable to or more effective than many standard exercises, such as walking. In addition there’s some evidence that suggests a lower drop-out rate in dancers as compared to those engaging in more conventional exercise routines. (8,9,10,11)

One area that’s received a great deal of medical interest as of late is the effect of dance on the senior population. A study in the July issue of the journal Archives of Gerontology and Geriatrics divided a group of 111 seniors into two sections. Half of the men and women participated in 23 dance sessions over a 12 week period. The remainder of the group didn’t alter their normal weekly routines. The dancers showed improvements in several measures of physical fitness including positive changes in balance, endurance, flexibility, resting heart rate, strength and walking speed. The researchers also found a boost in psychological health and reductions in the perception of “bodily pain”. Other trials, such as a 15 week jazz dance class and 10 week Argentine tango dance program, similarly demonstrated benefits in balance, increased confidence levels and a reduction in falls. (12,13,14,15,16)

Improving balance not only promotes better quality of life, but also diminishes the devastating and immobilizing effects of bone fractures in the elder population. A 2007 study in the journal Osteoporosis International presents an additional reason to dance with joy. In that trial, 45 post menopausal women who practiced a modified form of line dancing demonstrated a bone preservation effect in their lower extremities. (17)

Yet another appealing aspect of this type of exercise is that it allows for cultural considerations. Some very wise scientists are finding that using region-specific forms of dance can improve the likelihood of long term health benefits and compliance in virtually any population that’s studied. Here are a few examples that would likely apply throughout the world:

Our bodies are meant to move, not sit around and watch endless hours of TV. Without a variety of interactive, sensory stimulation and constant challenges, the brain becomes bored and dysfunctional. Social isolation and a lack of human contact is as dangerous, if not more so, than any type of nutritional deficiency known to science. So why not get out there and take a dance class or two? Join a cultural or social group and move your body to the beat. Dance is seriously good for you, but you don’t need to take it too seriously. Have fun! Laugh and share the experience with others. It just might change your life and your health.


20 Comments & Updates to “Dancing for Health”