News reports about the so called Novel H1N1 Swine Flu continue to roll in from around the world. On a daily basis, governmental agencies and medical specialists offer the best information they currently have about how to contain the spread of this pandemic. There’s no question that it’s important to keep up to date on the breaking news. But more and more, it appears that acting on a personal level is one the best options we have. I’m referring, specifically, to measures that we can each take to keep ourselves well. Staying healthy contributes to a grassroots effort to help minimize the impact of this virus. This is a way of applying the “think globally, act locally” philosophy to this worldwide health matter. 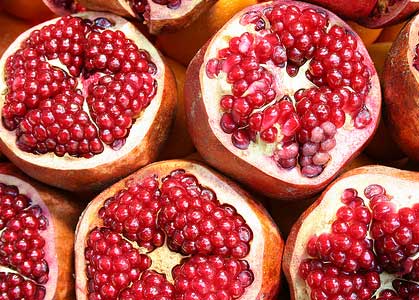 As we speak, Swine Flu vaccines are being tested in the general population for both efficacy and safety. The results of these preliminary trials won’t be known for some time. If all goes well, a viable vaccine may be available in late September to mid-October. (1,2,3) In the meantime, important findings were recently announced about both conventional and holistic alternatives for dealing with the flu. Here’s a brief overview of the information that’s currently in publication:

Beta Glucan – Beta glucans are unique carbohydrates found in foods such as baker’s yeast, certain grains (barley and oats) and mushrooms. They are believed to possess an immune modulating effect in the human body. A recently published study in the Journal of Applied Research documents the ability of a beta glucan extract from baker’s yeast (Saccharomyces cerevisiae) to diminish the frequency of seasonal colds and flu. 40 healthy adults with ages ranging from 18 – 65 took a daily dose of 500 mg of this extract or a placebo. The treatment period coincided with the typical cold and flu season. Over the course of 12 weeks, those receiving the beta glucan supplement reported missing 0 days of school or work. The participants taking the placebo missed an average of 1.38 days. An improvement in “quality of life” and a lower likelihood of fever incidence and severity were noted in the beta glucan group as well. This led the authors of the trial to determine that this supplement may “reduce some risks associated with upper respiratory infections”. Successful studies from 2004 and 2008 provide a basis for these current findings. (4,5,6,7)

Pomegranate – A test tube study published in the July 2009 edition of Phytomedicine found that a pomegranate extract might be helpful in the battle against influenza. An interesting side note is that combining pomegranate with Tamiflu (oseltamivir) appeared to have a compounding/synergistic effect. The authors of the experiment concluded that, “Pomegranate extracts should be further studied for therapeutic and prophylactic potential, especially for influenza epidemics and pandemics”. This is not the first time that researchers have detected antiviral properties in pomegranate extracts. But it’s important to keep in mind that the evidence thus far is highly preliminary in nature. It’s application in a real world setting is hard to predict. A brief word of caution – a new case report highlights a possible interaction between frequent pomegranate juice consumption and blood thinning medications. Since such drugs require careful monitoring, it would be wise to discuss the start or discontinuation of pomegranate supplementation with your doctor before making any changes. (8,9,10,11,12,13)

Probiotics – I’ve covered the topic of pre and probiotics quite extensively in the past. Their application in bolstering immune function and possibly deterring viral infections is supported by two newly published papers. The first appears in the journal Pediatrics. In that trial, 326 young children (3 – 5 years old) were given one of three treatments over the course of 6 months. Treatment 1 consisted of an inactive placebo. Treatment 2 contained a single strain of healthy bacterium (Lactobacillus acidophilus NCFM). The third treatment contained the single strain plus an additional bacterium known as Bifidobacterium animalis subsp lactis Bi-07. All treatments were administered twice daily. The scientists reported the following results:

In addition, there was about a 30% reduction in “sick days” (days missed in group child care) in the youngsters receiving probiotics. These study results support a recent systemic review that was also optimistic about the role of probiotics in the management of respiratory tract infections. (14,15)

Tamiflu and Relenza – The good news about these antiviral medications is that they seem to shorten the length of flu related symptoms by 1/2 – 1 1/2 days. New evidence suggests that they can also help reduce the spread of influenza by approximately 8%. The bad news is that they don’t appear to reduce the incidence or magnitude of flu-related complications such as asthma symptoms, ear infections and the requirement for antibiotic treatment. In addition, significant side effects have been noted in recent studies. In a group of 103 participants, over 50% reported experiencing side effects. Most of the adverse reactions were related to intestinal issues (nausea) and an “increased risk of vomiting”. Other unwanted effects included “mild neuropsychiatric” symptoms, including nightmares. More alarming reports have been documented in Japanese children undergoing anti-influenza treatments. Severe consequences such as delirium, hallucinations, encephalitis and even death are evidenced in the medical literature. But, these rare incidents are thought to be influenced by other independent health factors. Still, the potential risks are great enough to lead some health authorities to urge that Tamiflu be used very selectively, if at all, in children with seasonal flu. (16,17,18)

Source: Journal of Environmental Geochemistry and Health – March 2009(a)

Vitamin D – The Public Health Agency of Canada just announced plans to evaluate the role that vitamin D could play in curtailing the spread of influenza. Their reasons for doing so are most likely influenced by the current Swine Flu concern. But perhaps it also has something to do with emerging data that suggests that vitamin D: a) is commonly deficient in vulnerable populations such as young children and the elderly and; b) may prevent and potentially help treat viral infections alongside conventional medications. Ameliorating either or both of these situations would result in less stress and huge monetary savings for the Canadian health care system. (19,20,21,22,23)

Zinc – Supplementing with a mere 15 mg of zinc per day helps improve the function of immune system cells (T cells) that play a vital role in containing viral infections. This is a conservative amount of this essential nutrient and can easily be attained by simply taking a daily multivitamin and mineral formula. The trouble is, many people don’t do it. This is an inexpensive and easily modifiable change that can be enacted by nearly everyone. This proactive step can correct many micro-nutrient deficiencies that are known to contribute to impaired immune function. (24,25,26)

When health scares like the Swine Flu come down the pike, they should remind us that we need to be responsible for our own well being. One the best ways of doing that is to help those around us to also stay healthy. I believe that setting a positive example is one of the best ways to encourage others in this respect. The closer we personally come to being the “picture of health”, the more likely that others will follow suit. Make sure that you’re doing all that you can to stay well in these uncertain times. After which, please take the additional step of sharing your success with others. This is not only the right thing to do, but also a very real wellness strategy that will likely help us all.